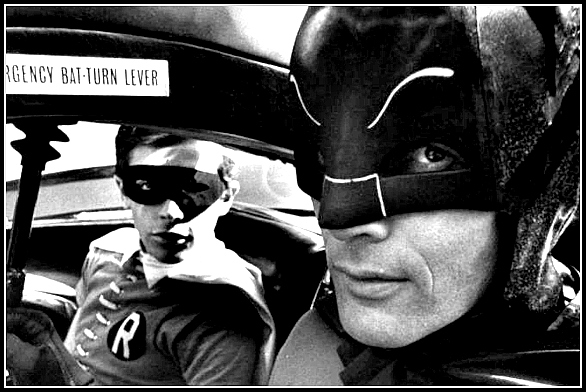 Last week we took a look at the “Top 10 Batman TV Series Villains Who Need Figures.” An important list, to be sure, but villains are only half of the story. The show also featured some memorable supporting players and guest stars that no Bat-collection would be complete without. It’s atomic batteries to power and turbines to speed for 10 MORE Batman TV Series Characters Who Need Figures! 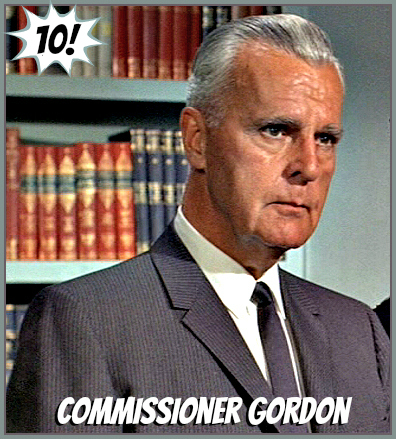 Obviously we need Gordon. Gotham needs Gordon. While Pat Hingle’s take on the character in the Tim Burton movies was memorable, and Gary Oldman was straight out of Miller and Mazzucchelli’s Batman: Year One, Neil Hamilton’s portrayal of Gordon is still my favorite. No, he’s not terribly hands-on — I don’t see him driving the Tumbler any time soon — but he knows how to delegate, that’s for sure. Why put your ass on the line when Batman and Robin are climbing walls for the chance? Making the Dynamic Duo honorary law enforcement officers was a smart move on his part — he didn’t even have to pay them! Way to get the numbers up, Jimmy! His figure should come with a Bat-phone in a cake dome like on the show. What was up with that, anyway? Was it actually supposed to be a “hot” line and needed a flame-proof container? Had the show’s producers actually though no one had ever seen a cake dome before? After all these years we deserve some answers. 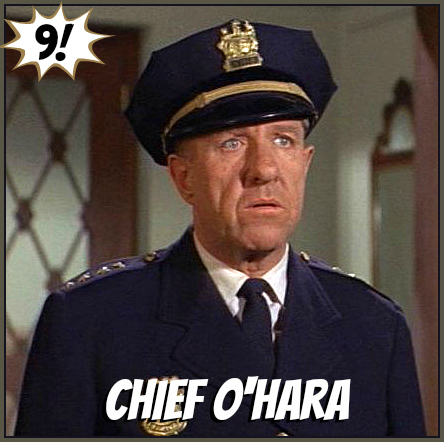 Created specifically for the show, Chief O’Hara existed so that Commissioner Gordon had someone to talk to. Their relationship clearly mirrors the Dynamic Duo’s, with the Chief being the emotional, reactive Robin to Gordon’s measured, analytical Batman.  Stafford Repp is great in the role. Where another actor may have just portrayed O’Hara as stereotypical Irish cop, Repp takes it to another level: his O’Hara is an honest, hard-working civil servant offended by the wave of super-crime that’s affecting his city. He’s justifiably outraged at the costumed weirdos who have the audacity to commit their crimes in Gotham; in a way he’s the Man reacting in disgust to the colorful, free-spirited hippies that were popping up like so many weird flowers during that summer.  Sure’n that’s the truth! 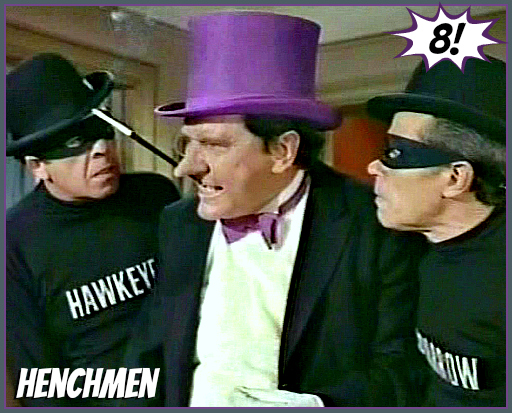 Lackeys. Goons. Muscle. Every Batman villain uses hired help — it’s in their bylaws or something. While it’s unrealistic to expect to get to all of them (okay, any of them) there is a way around it: a generic henchmen! The show’s henchmen dressed pretty simply — check out Penguins goons here. Wearing a black pullover and pants, the Henchman figure could come with three interchangeable heads, as well as a set of rub-on transfers denoting Villain allegiance. The figure would be a customizer’s dream, as a coat of paint and some fiddling could make them even more screen-accurate. Three of these would fill out your Rogues display quite nicely. 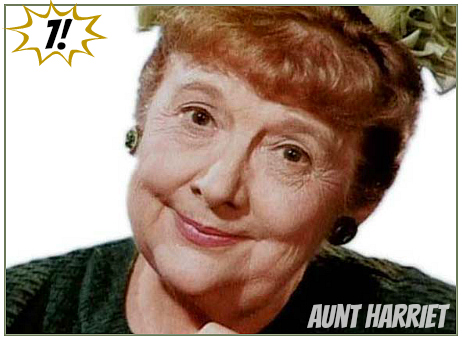 Yeah, I know. Look, I don’t really want Aunt Harriet. Nobody does.  But the list seemed incomplete without her, so she’s # 7. Let’s just accept it and move on. She was actually a comic book character, so she’s got that going for her. No? Well, she was played by Madge Blake, who turned in a lively… No? Ah, heck with it. Obviously a dowdy old woman would be queen of the peg warmers. Maybe release her in a box set or something, I dunno. Use the Ma Parker body from this list — reuse might help make the case for her. No? Man, tough room. 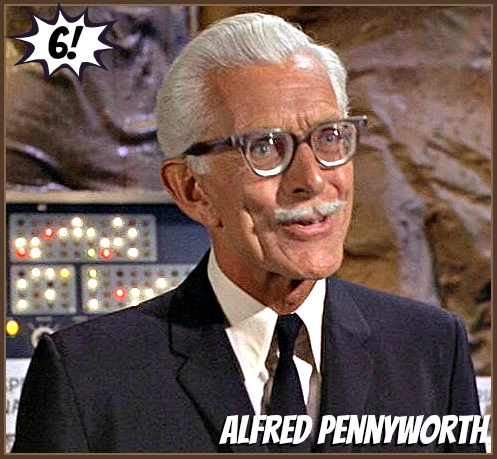 Michael Caine, huh? He just doesn’t work as Alfred for me. Too much of a roughneck, lacking the social graces necessary to be Bruce Wayne’s manservant. Alan Napier, on the other hand, is pure class. Never mind the fact he looks like he’s one hundred and is so frail he couldn’t step on a bug without breaking his ankle — Mr. Napier was Alfred. Witty, erudite, and not above helping out in a pinch, as seen here: 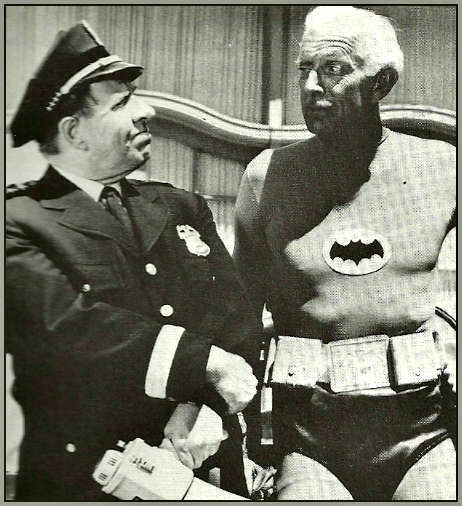 Anyone here wanna see Michael Caine in a Bat-suit? Well, okay then. Alfred is clearly an essential figure; what would the Caped Crusader do without his faithful manservant? The guy can’t even get dressed on his own. Mister Pennyworth has washed enough Bat-tights and little green underwear that he deserves representation. It’s really the least we could do. 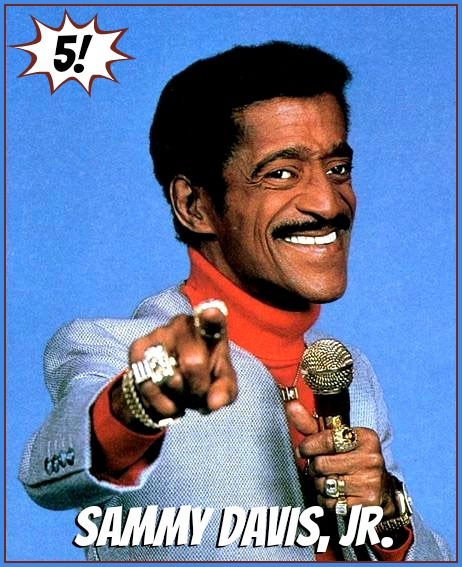 Didn’t see that one coming, huh? Hey, he was Mister Entertainment, people! Surely that merits one measly action figure? Sammy was the consummate entertainer and I would argue the show’s best known guest star.  Appearing in a “widow cameo” gag, Sammy invited our heroes in for a bagel and a schmear, then told them the next time they were in town to catch his show sometime. Class act. I don’t see Matty doing a Rat Pack box set anytime soon, so this is our one shot, folks. Let’s make it happen — sign the petition. Join the movement. Taste the rainbow. 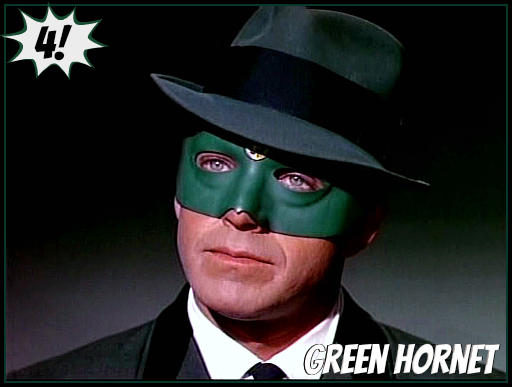 Forget Seth Rogan (who?), here’s the real deal. From the moment they appeared together, it was obvious Green Hornet and Kato were cooler than Batman and Robin. Mind you, as a 7 year old I had no idea who they were, but it looked like they were out to kick some serious ass. Green Hornet — it’s the perfect name for a comic book character. It sounds so exotic, but young Ant Hill was always a sucker for color/insect combo names like Green Hornet, Blue Beetle, Scarlet Scarab — hey, kids love bugs!  Airing for a single season, Green Hornet is remembered mostly for Bruce Lee’s involvement and it’s tricked-out car (The Black Beauty). The show has yet to be officially released on DVD. 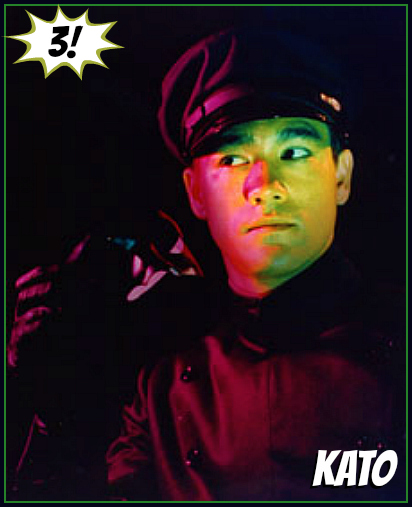 I’m guessing this figure would prove even more popular than Batman — other than the high-end Enterbay figure, there’s really no available representation of Lee as Kato. The crossover appeal would be considerable, as people are still very interested in Bruce Lee. An affordable mass-market version of Lee as Kato would sell like crazy. Getting the rights to use the actor’s likeness might prove tricky, but I think of it as an opportunity for Mattel to bring it’s “A” game and win back some of it’s detractors. Show us why you deserves the DC license, Matty. Get us a Bruce Lee as Kato and we can all start the healing. 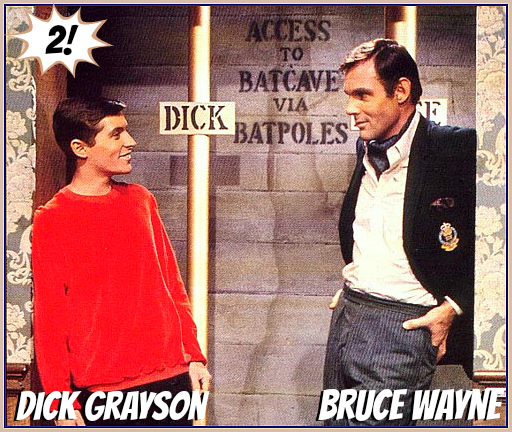 As cool as it is that we’re getting an Adam West Batman, it would be that much cooler to get Adam West as Bruce Wayne. Imagine how much better your articulated comic book art version of The Happy Hooker Goes To Washington will be now that you no longer have to use a Family Guy Mayor West doll as Adam’s stand-in. We all do that, right? You can give the Burt Ward figure to your dog (if he’ll take it) — the real story here is West. Obviously a box set is the way to go. Give us Bruce and Dick, pack in that Aunt Harriet nobody wants, along with an opening Shakespeare bust, and you have next year’s SDCC exclusive. Make the the opening bookcase to the Bat-poles part of the box and we’re golden. 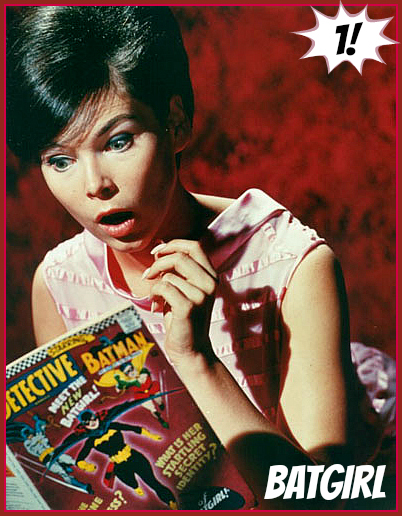 The whole point of this list. Some of my first “funny feelings” about girls coincided with seeing Yvonne Craig in her Bat-suit. I mean, yowza! That’s a whole bunch of all right! 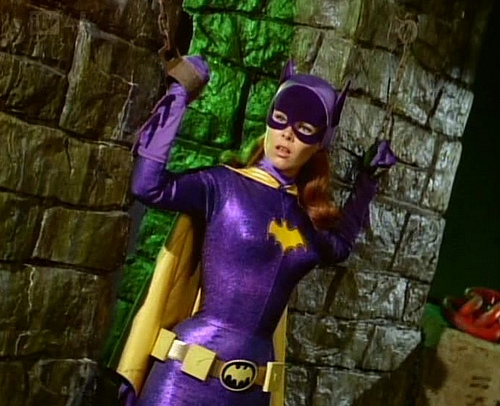 What’s frustrating is her introduction begins the show’s third-season-slide into mediocrity. That was always difficult to reconcile. I really liked Batgirl, but understood something special was lost when she became part of the action — like when you let the girl you have a crush on into the “boy’s only” clubhouse. She fought about as well as Batman danced and got the Dynamic Duo in as much trouble as she helped them out of. Ultimately the premise proved more exciting than the execution and her inclusion could not save the show from cancellation. Still, the Dominoed Daredoll is an essential part of the Batman mythos, and fans would snap up a figure of her in a heartbeat. I mean, yowza! 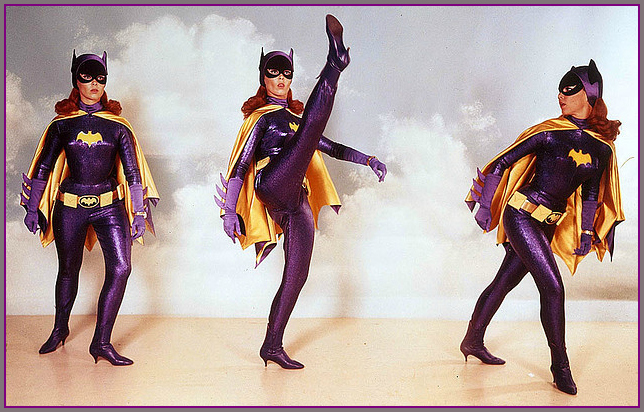