Images have finally surfaced of the long-rumored SDCC-exclusive Boba Fett and Han Solo in carbonite set. The pictures were debuted by USA Today this morning and are sure to set the Internets ablaze. Check ’em out!: 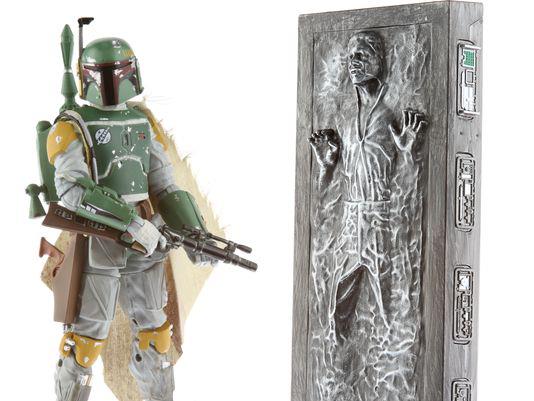 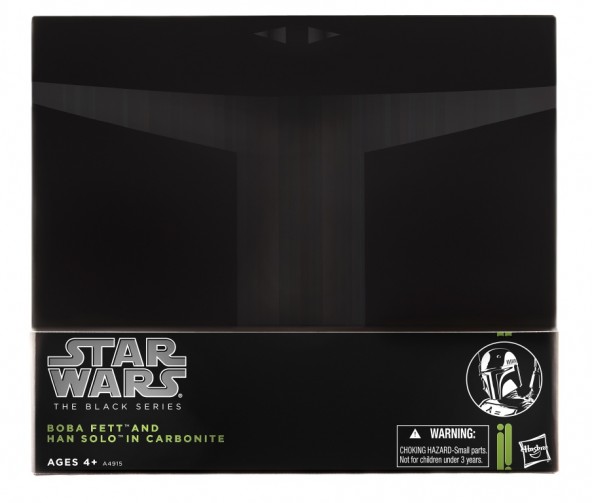 Boba Fett is coming to San Diego Comic-Con in July, and he’s bringing a friend.

One of the collectible toys that Hasbro will have available exclusively at the pop-culture event this year is a detailed 6-inch Boba Fett action figure from the new Star Wars Black Series. What’s even better is that he comes packaged with two weapons, his iconic jet pack and the ultimate accessory: Han Solo frozen in carbonite.

Kids of all ages can relive the moments in the Cloud City of Bespin during The Empire Strikes Back where Boba Fett hauls off his prey, or the scenes in Return of the Jedi where the iconic bounty hunter has taken Solo to Jabba the Hutt’s palace on Tattooine.

The special-edition set is priced at $44.99 and will be sold at the Hasbro booth at the San Diego Convention Center July 18-21.

If you don’t want to wait that long to get Star Wars stuff, in honor of Star Wars Day/May the Fourth on Saturday fans can use the promo code “SWFANDAY” to get 20% off Star Wars and Angry Birds Star Wars toys online at HasbroToyShop.com.