Okay, I’ll admit it right off the bat: I didn’t buy this figure because he’s Darkseid, or because he’s DC, or because I love the New 52. I bought it because it was a cheap MOTUC body. And while I don’t plan to display him as Darkseid on the shelf any time soon, he’s not really as bad as we were first led to believe. This is one of those rare occasions where the final figure actually looks better than the prototype. Yeah, weird. 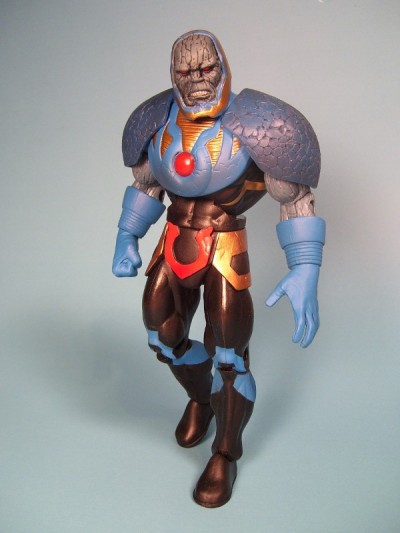 The MOTUC body works pretty well here, being bigger than most DCUC bodies. But it still doesn’t represent Darkseid at the size he is portrayed in the New 52. He’s more old-school size wearing his new 52 duds. Like I said above… weird. Don’t get me wrong, you can still look at him and go “Hey, that’s Darkseid,” but it doesn’t give you warm fuzzies or anything. 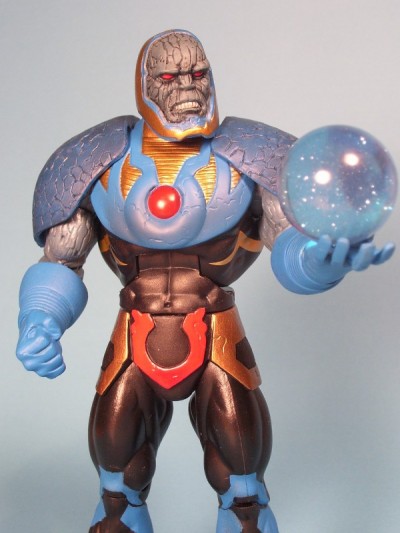 The sculpt here is pretty good on the parts that aren’t stock. New head, obviously. The upper chest is a whole new sculpted piece with the scraggy armor type bits being molded right along with the pecs. The skirt is new and fairly soft, about like later MOTUC skirts. He won’t be sitting down completely but he can step forward without much hindrance. Then there are the hands. They are new. But they are HUGE. I can almost get past the right hand since it is a fist and easy to overlook. But the left is just insanely big and awkwardly splayed. His glove size is New 52. It’s best to just find something for him to hold that obscures it. The shoulder pads are okay once you secure them down to where they don’t look like beetle wings jutting out from his traps. But they are also huge. Darkseid, those big honkin’ shoulder pads don’t distract the honies from those enormous mitts. Seriously, it looks like he’s been taking fashion tips from Han and went extreme with it. 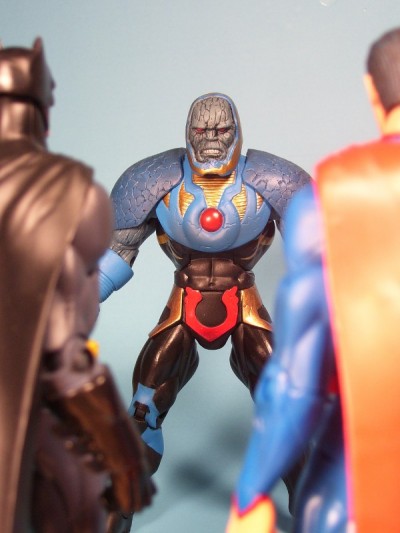 Paint here is pretty good. The blue on the knees is a little rough at the edges and the gold bleeds just a tiny bit here and there, but nothing that completely jumps out at you and says “This paint sucks!” But as pointed out on the forums, the head has a black wash while the arms don’t. And once I read that I couldn’t unsee it.

So basically what I’m saying is… he’s a good figure from a figure standpoint, but he doesn’t really do it for me as Darkseid. At all. In fact, here’s Zur-En-Arrh Batman to convey my feelings on Darkseid as Darkseid… 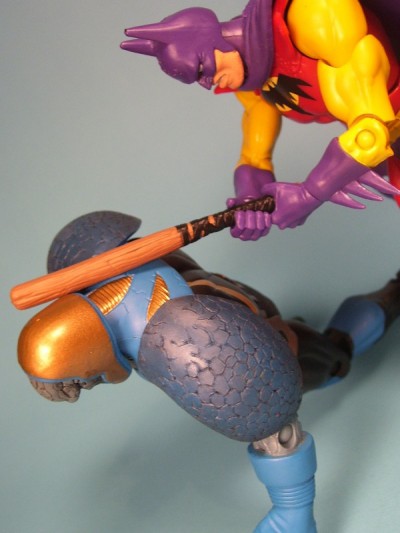 But like I said in the beginning, I bought this figure to use as MOTUC fodder. Interchangeable heads are awesome. And there are so many options here.

But I think my favorite is this one… 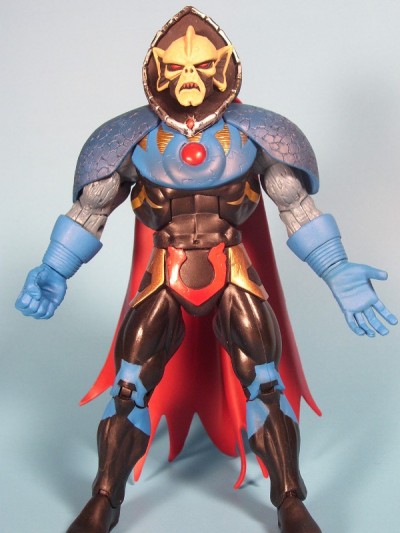 Colors match, even the cape. And Hordak is so bad-ass that he could wear this and still conquer your world by the end of the afternoon. Unless your planet is protected by chunky Val Kilmer Batman! 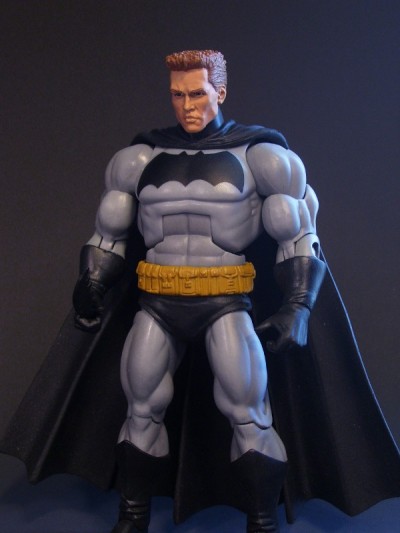 But that just leaves Darkseid in his pajamas, and that makes him sad. Too bad for you, Darkseid! Serves you right for wearing orange long johns. 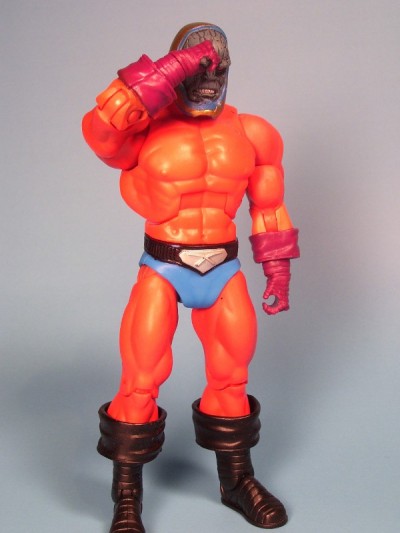