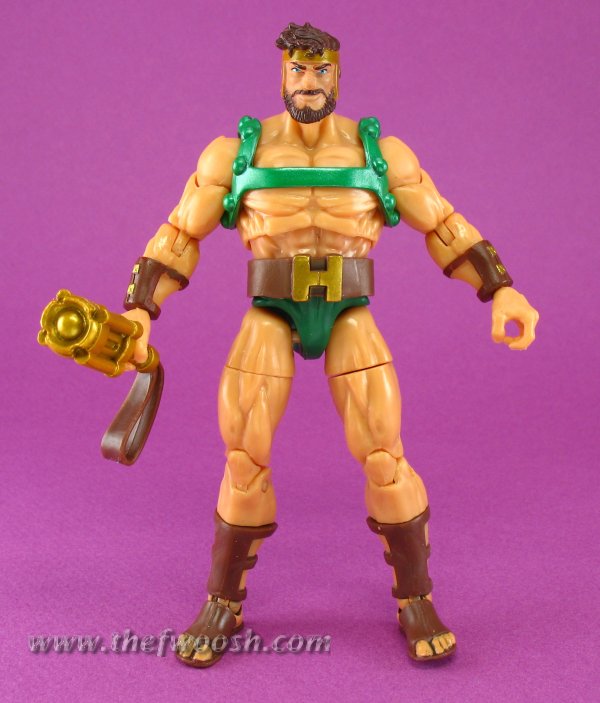 Ho there, internet toy nerds! Fall to your knees in wonder, for the Lion of Olympus himself, Hercules, the son of Zeus, has decided to grace you with his presence! I will, on behalf of this website, be extolling the virtues of this tiniest of sculptures that has ever tried and failed to capture the purest majesty of the manly nature of Hercules. While my bearded visage has graced many a sculpt of purest marble over the centuries, Hercules has only allowed his majesty to be honored by plastic twice. The previous one I found lacking in its ability to capture the true greatness that can be found in Hercules’ presence. But this one, though it be small, may finally live up to the honor and privilege of doing me proud! 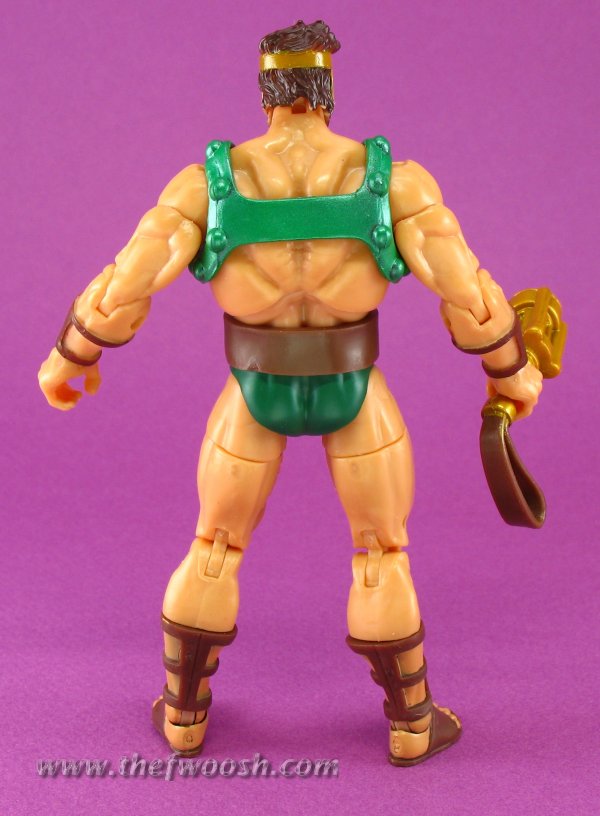 As you should very well know, I am by any means a man of no meager might. There have been songs sung by fair wenches over many a millennia about the sinew of Hercules’ strong right arm, and as many poems have been inspired by my crushing left. Neither rock nor boulder has ever been split from the earth that Hercules has ever broken a sweat upon lifting, and no beast has ever been capable of ceasing my fury when I decide to deliver that most precious gift of singular combat. 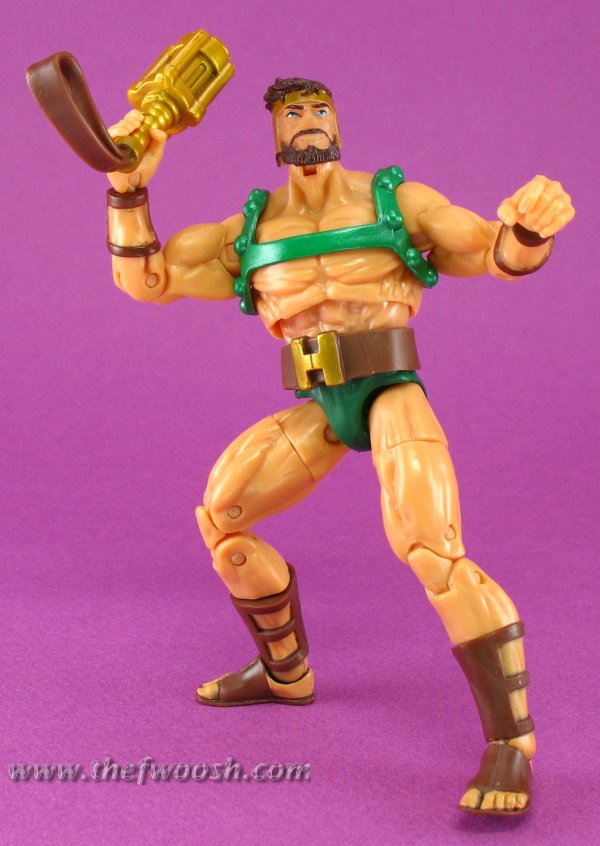 Zounds, and does this figure do me proud!

While impossible to capture the true essence of Hercules, this figure doth inspire Hercules to let slip a single manly tear at the fact that finally, there is something that, even in a limited capacity, represents the true unyielding might to be found in Hercules frame! 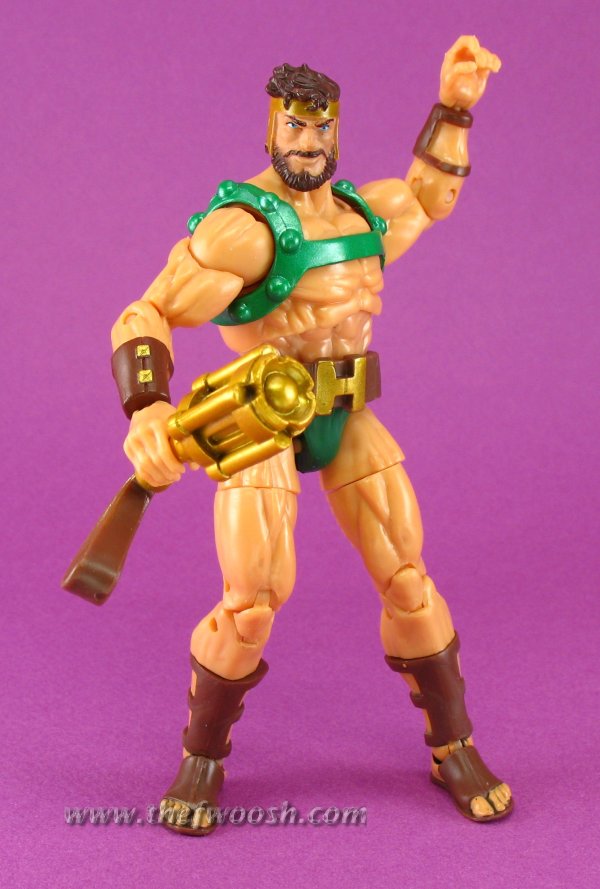 Ho, Hasbro, you have made the Lion of Olympus speechless for once in his great life! If ever this Hasbro fellow and I should pass by we should down a tankard of ale in celebration of the glory of this figure!

Now, not to be boastful, but ‘tis not honesty befitting of a God were I to misrepresent my capable achievements; therefore, Hercules must confess that there is worry if a figure can pull off the myriad and vast athleticisms of which noble Hercules is capable. 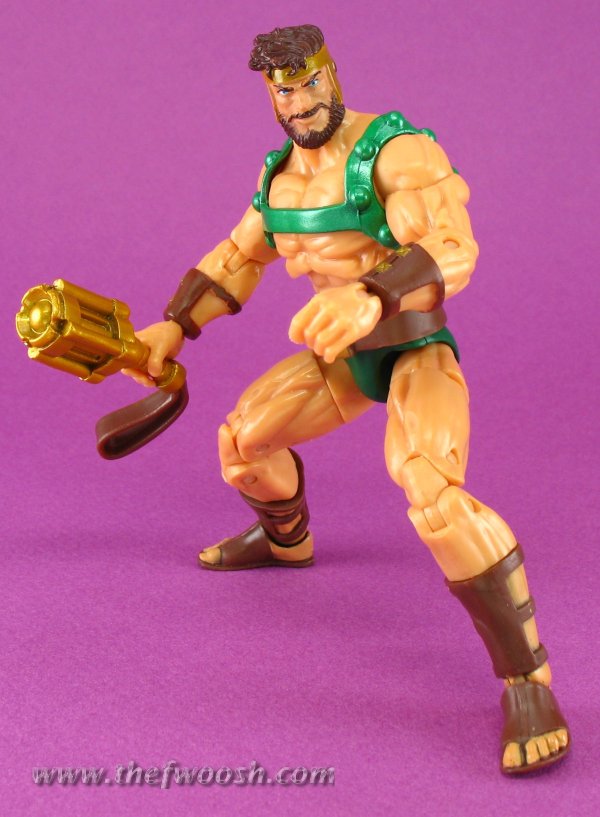 But rejoice! For this figure is more than capable! It is nearly a match for Hercules in flexibility and capability. Why, I would be hard-pressed to find limitations in this toy, save for the fact that it was carved by the hands of man and not by Hercules himself. 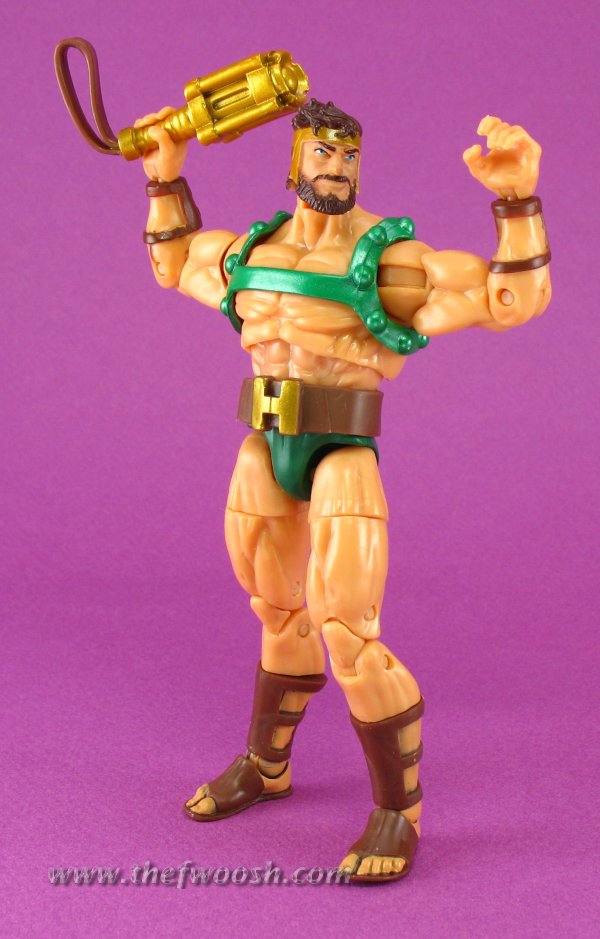 Any depiction of the Lion of Olympus must be able to capture the haunting depth to be found in my visage! By my beard, this figure has done its job and more. When I gaze into these tiny eyes, I see the spark of greatness and glint of mischief that can only be found in the gaze of one man alone. Women have gone to their grave with Hercules name on their lips; their entire short, sweet lives consumed by their moment in glory with me, and that is no meager feat to pull off in such a small form. But verily it is as if sorcery had enchanted the plastic. After an hour of staring at this tiny head of Hercules, I finally had to pull myself away! 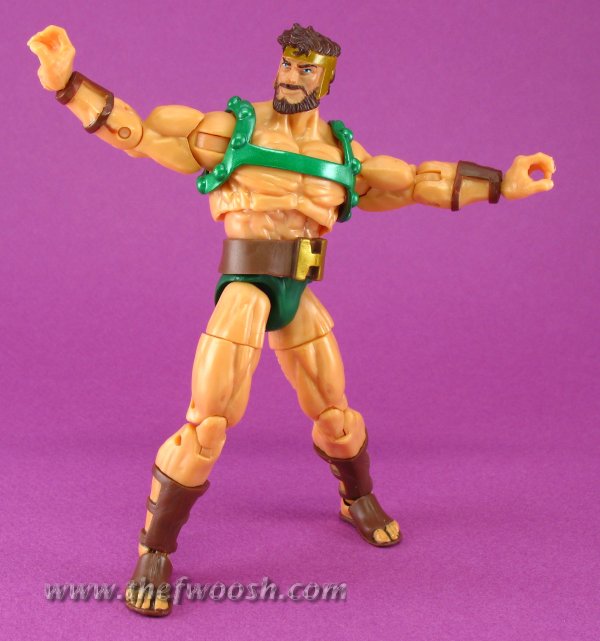 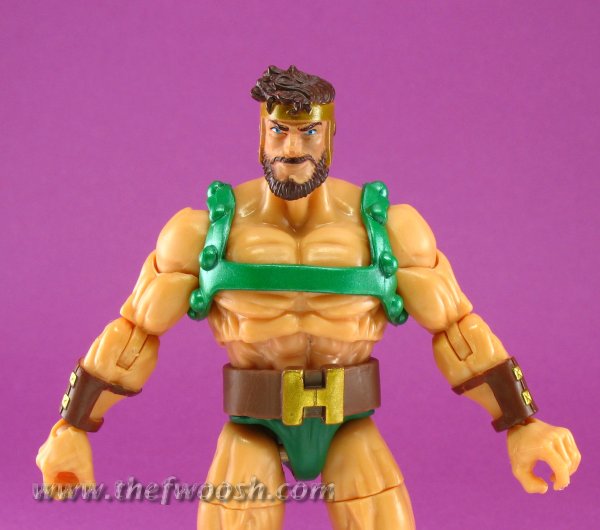 So, friends, go ye forth and buy this figure if you truly desire an accurate representation of the Prince of Power! Only regret and heartache lay in wait for those who choose otherwise! 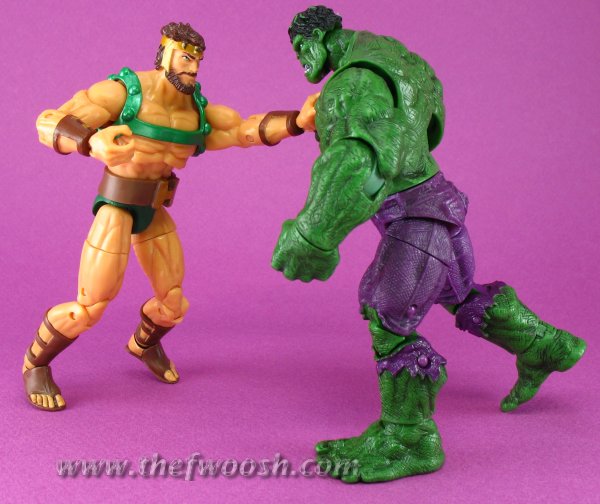