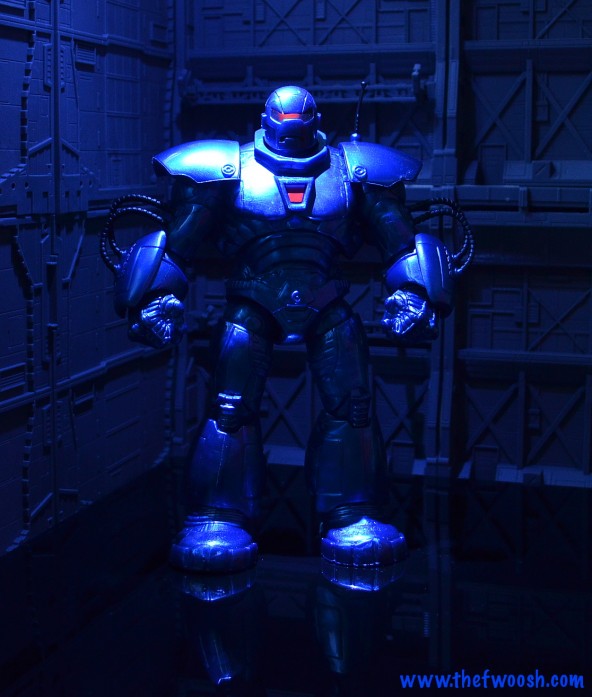 You know it’s an Iron Man movie year when you’re tripping over Iron Man toys at almost any store you go to that sells toys. They’re everywhere right now. And with Iron Man 3 currently performing rather well at the box office (take THAT, Gatsby!), it actually feels right for Iron Man merchandise to be so pervasive. I still haven’t seen the movie because I’m waiting for the crowds to die down a bit, but that hasn’t stopped me from picking up a few pieces of affiliated merchandise, namely the Iron Man Legends 6-inch scale figures. And the main draw of that set? This guy right there — the classic Iron Monger build-a-figure. 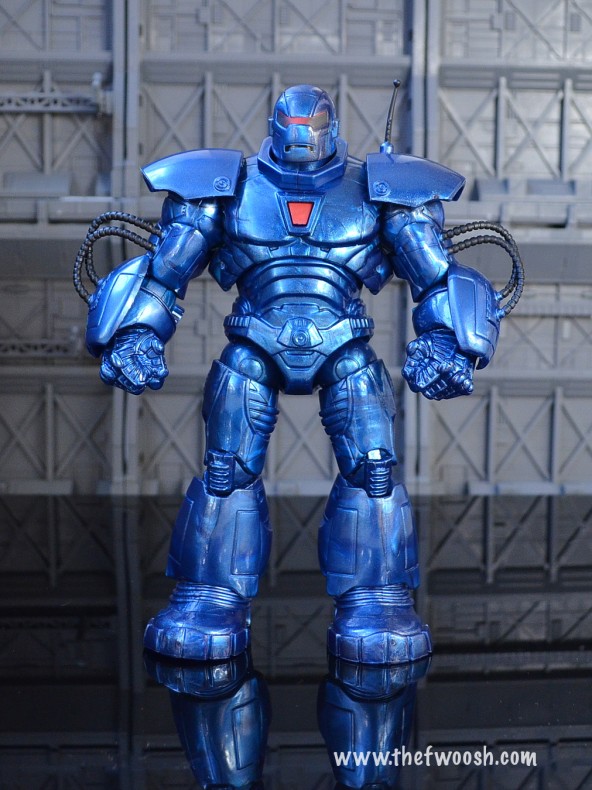 Ever since the first Iron Man movie did so much to popularize the character, the original comic-based Iron Monger has been a major want of many fans of the Marvel Legends line, and I think it’s pretty awesome of Hasbro to finally give us one as a build-a-figure in a movie year.  Character bias aside, I have to say that this is one of the better build-a-figures Hasbro has given us since taking over the Marvel brand in ’07. 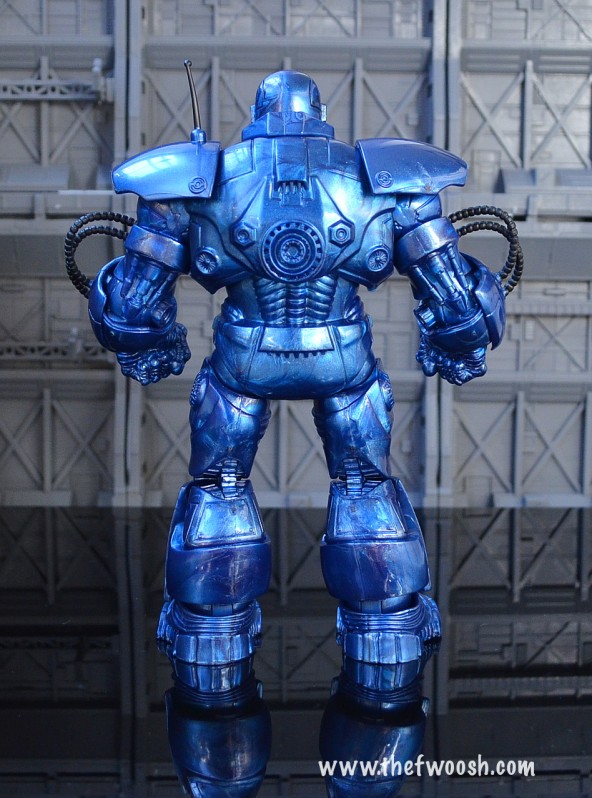 The sculpt just looks fantastic. It’s sharp, clean, and a solid rendering of the character in plastic. There is very little paint on this guy, however — all we really get is the red in his chest and some red and black on his helmet, that’s really it. Now, a lot of fans have expressed concern over the “swirly” quality of the plastic, and that concern appears to be entirely justified in this case because there are a whole lot of swirls. I love the metallic blue, but I’ll admit that the swirls can be a little distracting, especially… 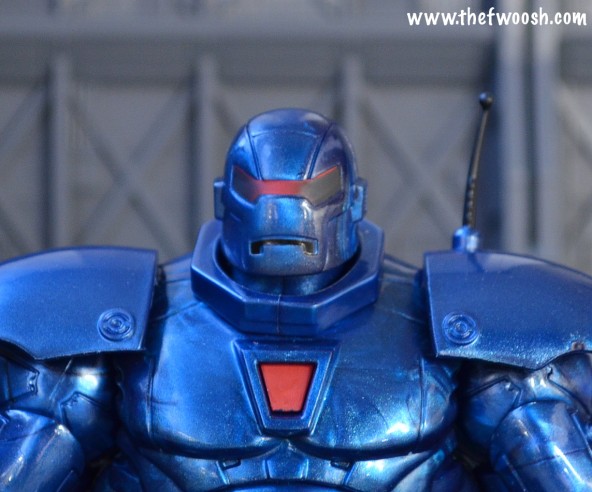 … when it comes to his helmet. The sculpt is awesome and menacing, but the swirls are really bad here. I mean, half his head is obscured by them. I don’t know if I simply got a bad one or what, but I’m definitely going to be on the lookout for a better one once this half of the wave is in more abundance at retail. I got mine from Amazon, so I wasn’t able to do a comparison before I made my purchase. That’s the risk you run by ordering these guys online, I suppose. 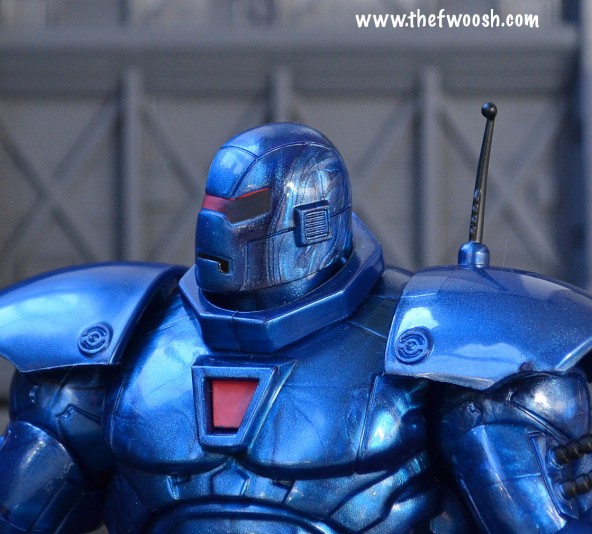 Look at that. It’s like black and blue camouflage. It would almost be cool if it were on purpose, but I’m pretty sure it wasn’t.  Oh well. I’m going to be on the lookout for a replacement. It’s not horrible, but I would like a cleaner one. I think almost anyone would. 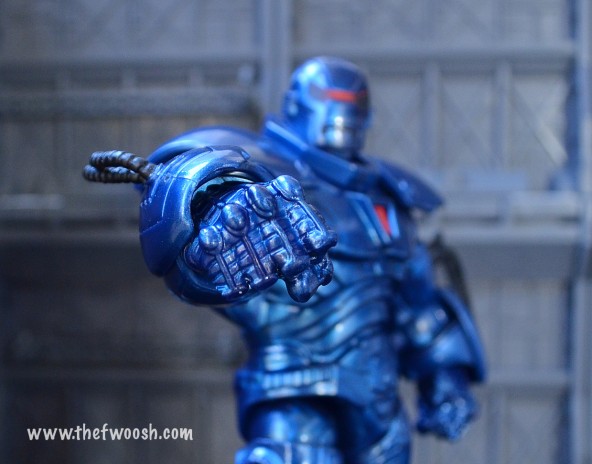 The sculpt is a lot of fun and his articulation is decent for a big, bulky figure his size. I’m happy to report that aside from the swirls in the plastic, I had *ZERO* quality-control issues with my complete figure. Nothing was stuck or gummy, nothing was loose, and everything moved exactly as it was intended. I have to tip my hat to Hasbro for this alone. 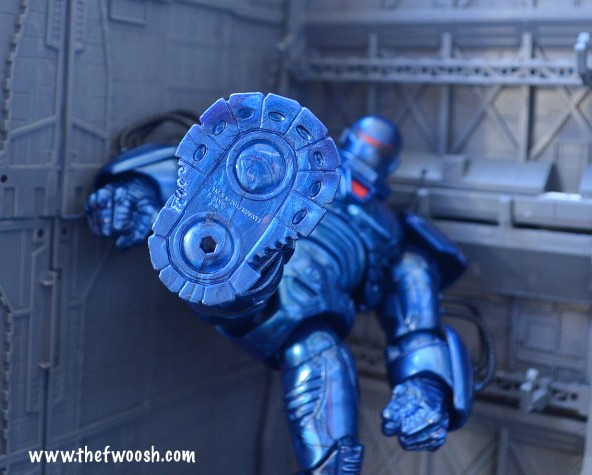 No detail is overlooked. Even his footprint is 100% awesome. 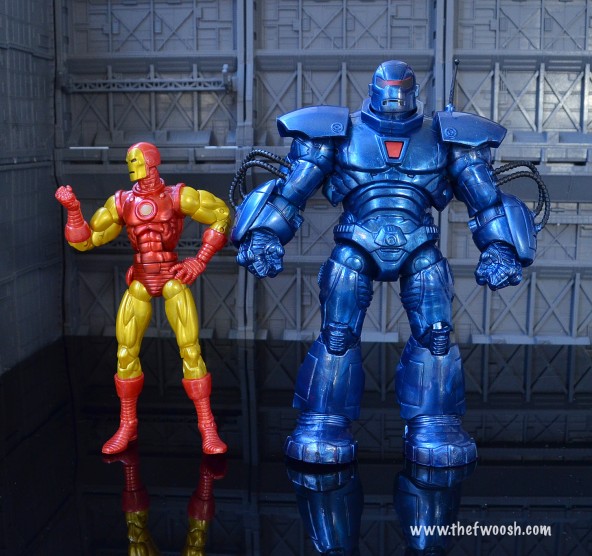 He is satisfyingly large and imposing, especially when compared to most of the Marvel Legends Iron Man figures Toy Biz and Hasbro have given us over the years. There’s a good amount of heft to him too. This is what a build-a-figure should be (but I’ll give Rocket Raccoon a pass too). 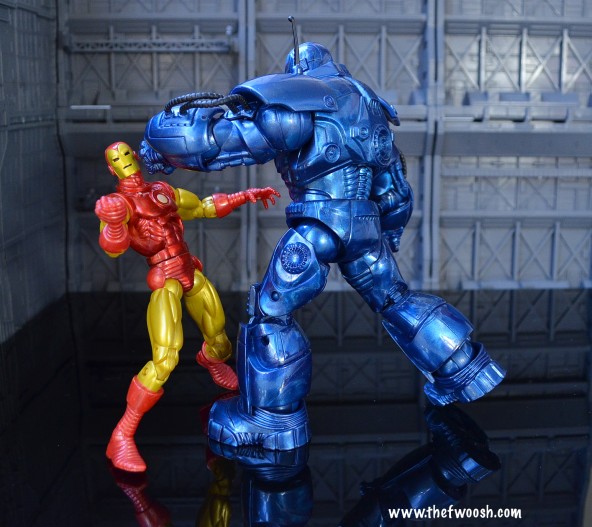 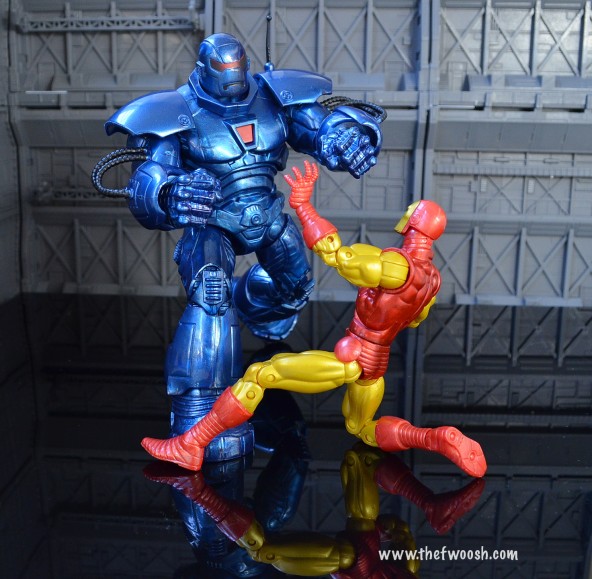 He can get in some dynamic poses, but nothing super athletic; he’s just too bulky for that. But he can get into just about any pose you’d want to get him into. 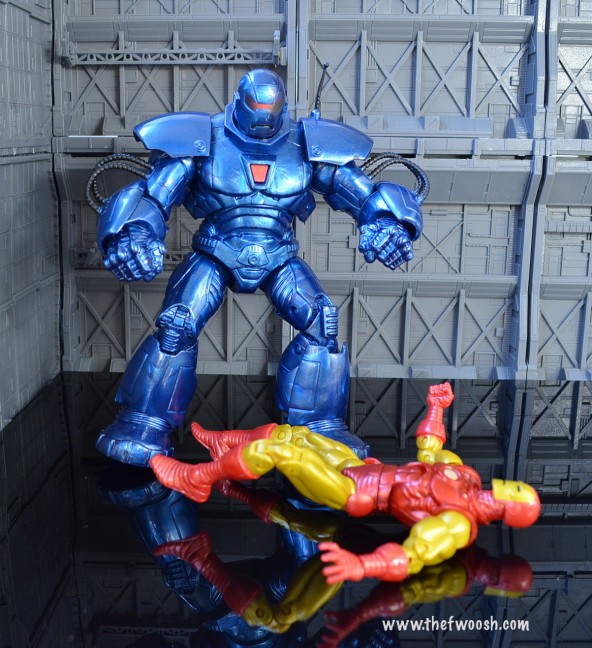 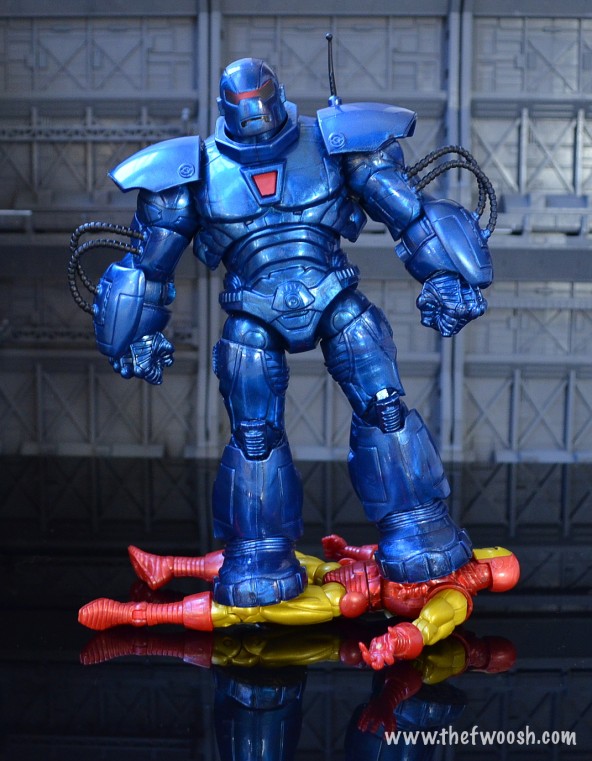 The six figures you need to build this guy have been split up into two waves, the first of which can be still be found easily at any of the major retailers or online stores. The second half has just started to trickle out, so keep your eyes peeled. Even if you feel like you have enough Iron Man figures to last you the rest of your life, these new figures are worth it just to build this guy. I’m not the biggest Iron Man fan in the world by any means, but I’m stoked to have this guy on my shelf. Recommended!