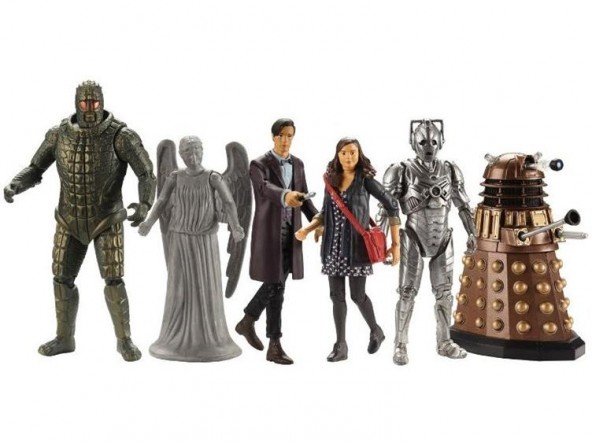 The Doctor Who toy line is getting a complete overhaul this summer by way of effectively starting over in a brand new scale. The Character Options / Underground Toys line has existed for several years as a 5-inch line and has built a pretty impressive collection of every incarnation of the Doctor, his companions, and a plethora of adversaries, not to mention several versions of the TARDIS, including playsets. In short, fans have invested an awful lot into the 5-inch line.

Unfortunately, if fans wish to continue collecting Doctor Who toys, they’re going to have to adjust to the new 3.75-inch scale since that is all that will be offered going forward. I can’t help but feel this is something of a bitter pill to swallow, especially as I gaze at my Doctor Who shelf and see the collection of 5-inch figures I’ve amassed over the years. I’m not excited by the prospect of effectively “starting over.”

Based on the promo pics solicited to e-tailers, the figures do look good. And after watching the latest (half) season, I simply must add a Clara to my collection, so I know I’m going to be sucked in, but I can’t help but wish the current scale could continue while the new one establishes itself, much like how Marvel Legends and Marvel Universe are able to coexist. But since that’s not going to be the case, I find myself already making plans and making deals with myself, like:

“I’m only going to buy the Doctor and Clara.”

“And maybe the TARDIS.”

“But that Dalek looks kinda good too.”

“So does the Cyberman…”

“And is that a Weeping Angel? Oh no…” 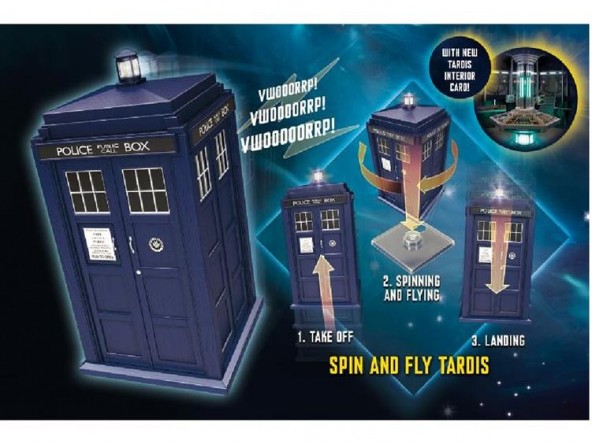 I already know how this is going to play out. I’m going to whine and complain, but then I’ll end up with the entire first wave, plus the TARDIS, and will end up creating wish lists for future waves. And I’ll probably supplement the collection with Star Wars and GI Joe figures that I think could fit. See, that is one of the strengths of this scale — they’ll actually fit in well with other properties, so you could have Darth Vader or Snake Eyes pilot the TARDIS. The 5-inch line just sort of exists on it’s own in my collection, and that did take some getting used to at first as well, so I suppose this new scale will be much the same in the beginning.

So while this new scale does seem to be an inconvenience at the moment, I am happy to see new Doctor Who figures on the horizon, and once we’re a few waves in, this won’t feel as awkward as it does right now. I’m willing to take this first wave for a test drive to see how I feel about the scale. If I like them, then I’ll be in for more. If not, then at least I’ve got a Clara in at least some form on my shelf.

The real moment of truth will be if and when the 10th Doctor and his companions and adversaries are released in this new scale. As intrigued as I am by this announced first wave, there will be no way I’ll be able to resist the 10th Doctor. I’ll be all the way in for sure.

If you’re interested in trying out this new scale for the Doctor Who line, Big Bad Toy Store has the wave and the TARDIS up for preorder. I’ll freely admit I’ve got both preordered myself because as much as I don’t want to be, I am very intrigued.