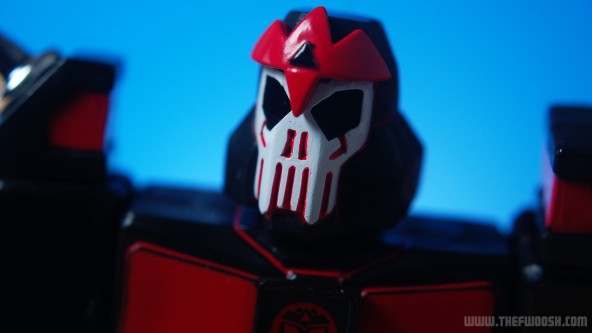 New Spymonkey Creations items are up for sale today at noon, PST.  Today we take a look at the brand new deluxe version of Umbreus and a deluxe weapons pack! 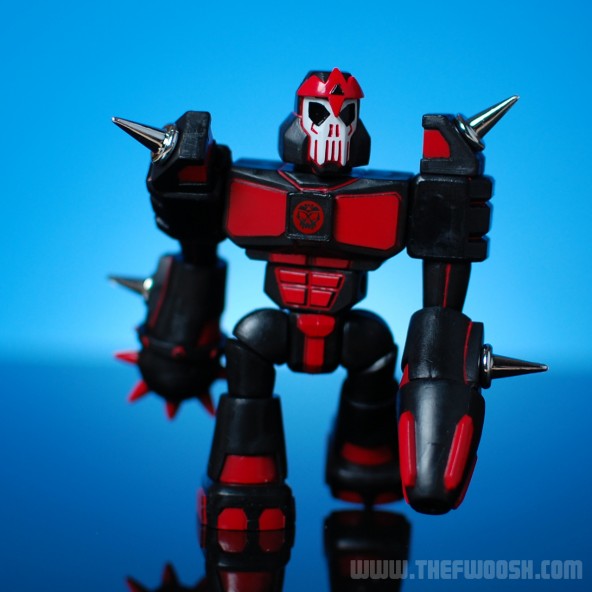 Umbreus is the main villain of Spy Monkey Creations’ Weaponeers of Monkaa toy line.  Dropping 5/1/13 at noon, PST, is Bloodlust Umbreus.  According to the story posted on Weaponeersofmonkaa.com, Bloodlust Umbreus is a powered up version of the usually construction-colored Umbreus.

Check out the story if you have a chance.  It really made me interested in picking up this Umbreus and the Obsidian Golem featured in the sale.  Plus, it’s also illustrated to great effect by artist and Fwoosher Nate Baertsch. 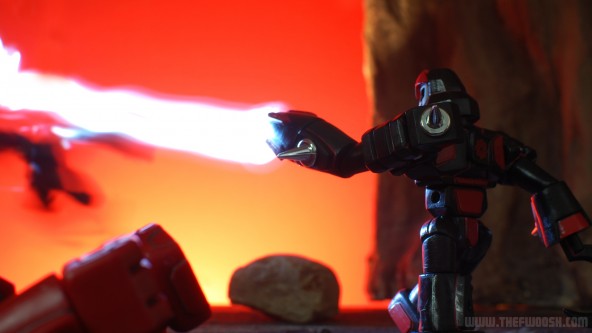 This deluxe version of Umbreus is basically a repaint of the regular Umbreus with some extra vac-metal spike pieces to help complete his powered-up look. 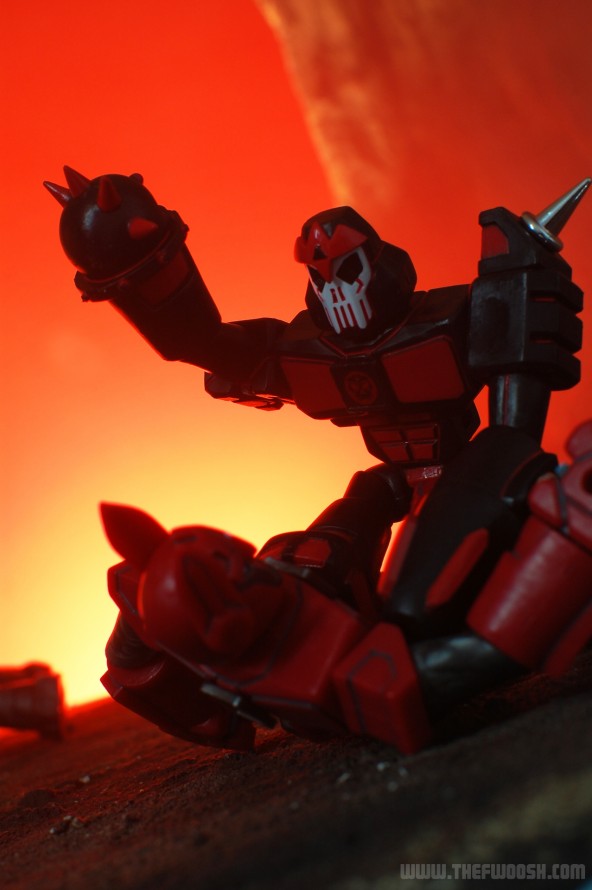 I do like this version of the Umbreus build as it bulks him up a bit, and the spikes make for an overall more intimidating profile. 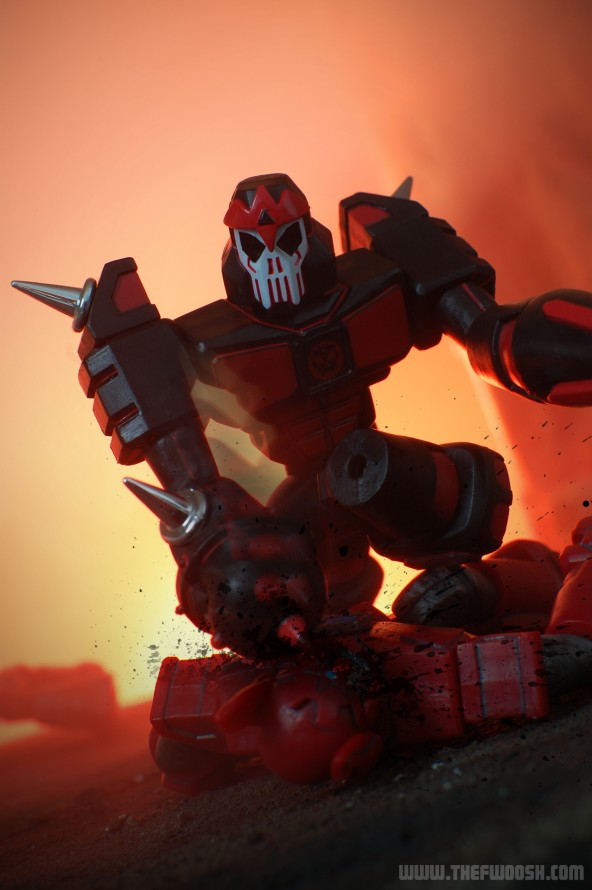 If you aren’t familiar with the Weaponeers of Monkaa figures, they are built on the glyos system of joints.  These swivel joints work on pegs and the all the separate parts can be swapped around and changed up. 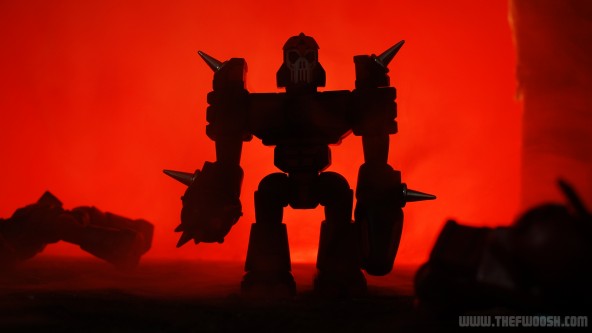 The cool thing about these Weaponeers of Monkaa sets is that all the characters can be built from one package.  Each of the heads (except Empyreus and Umbreus) can be used as weapons or hands. 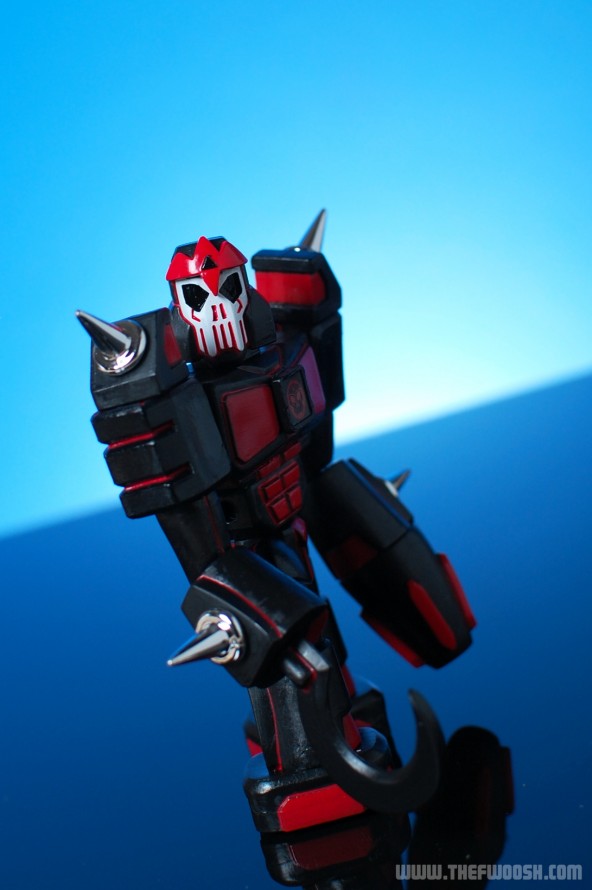 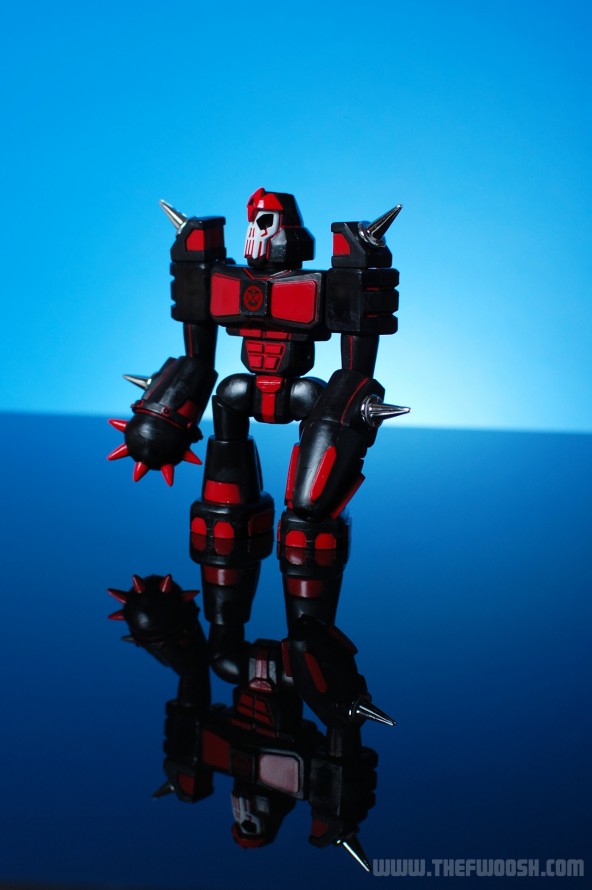 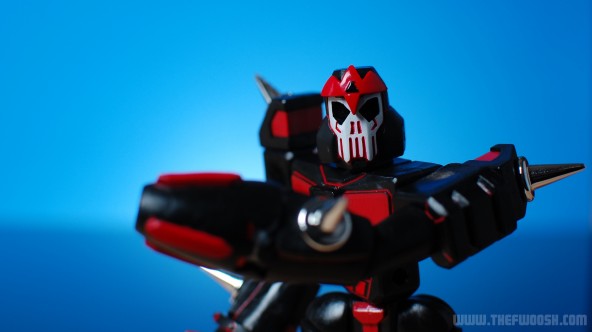 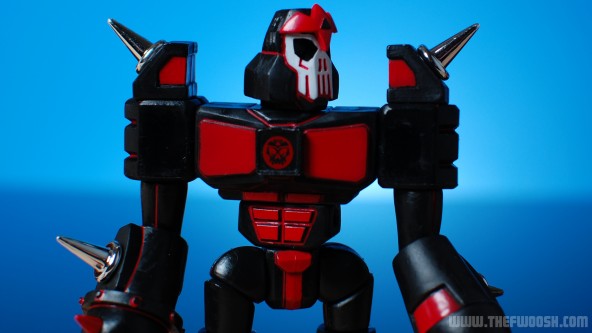 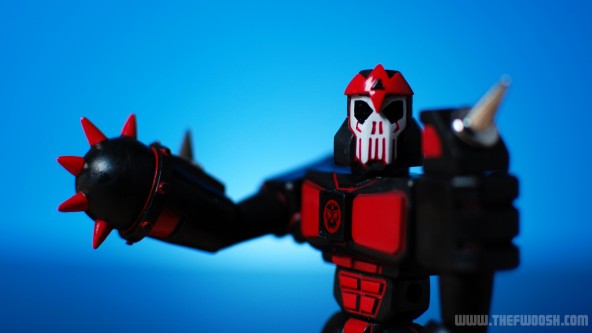 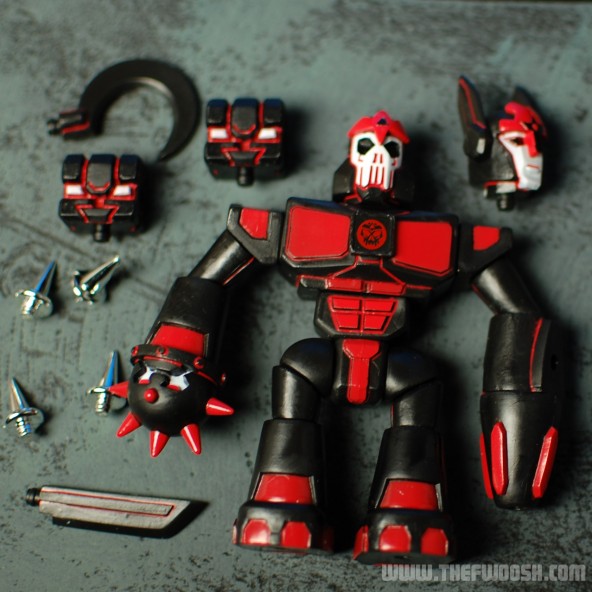 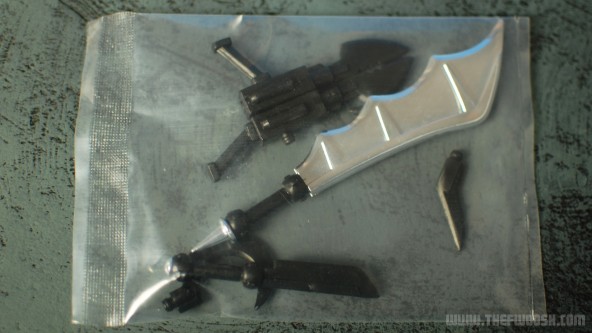 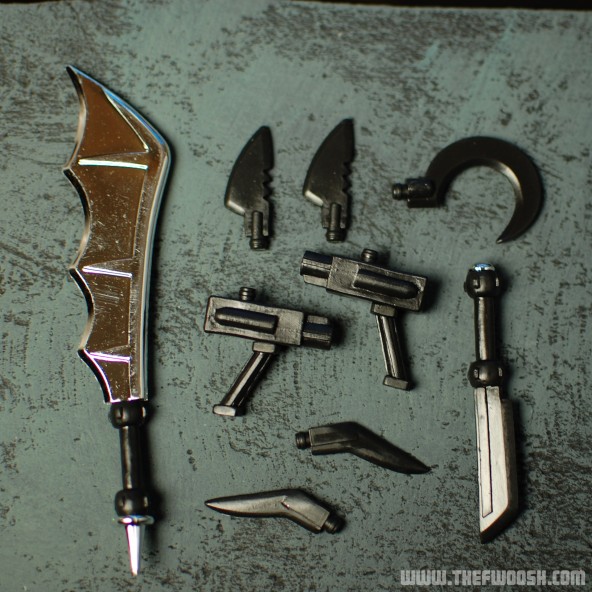 These weapon pieces can also be taken apart and reconfigured into innumerable combinations to make a wide variety of bladed weapons. 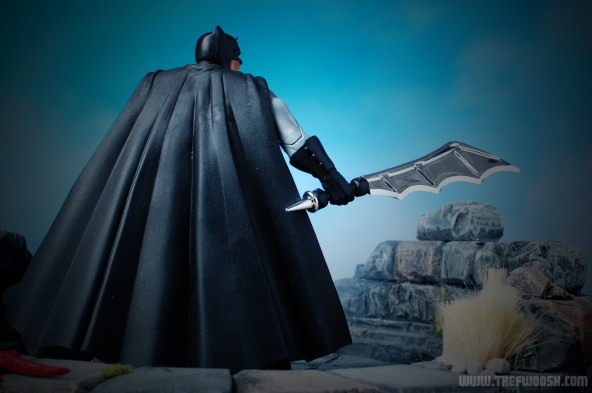 When mixed with previous Spy Monkey Creations weapons packs, these blades  can be added to figures like Trap Jaw to give him more attachment options. 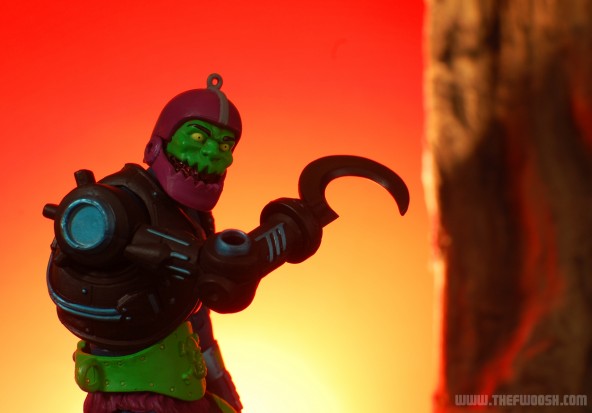 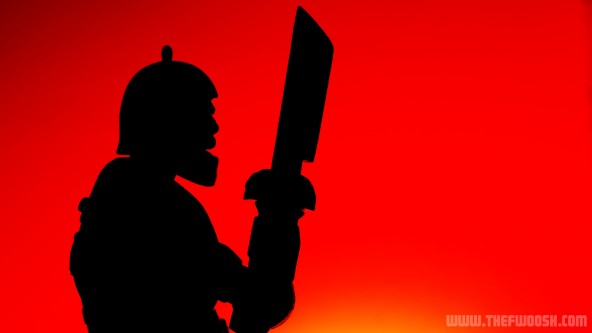 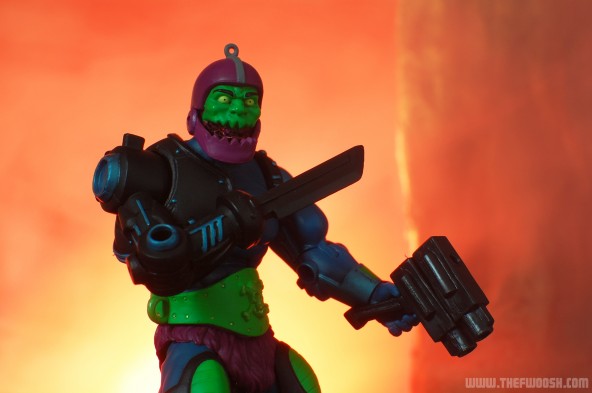 These black weapons are perfect for Trappy, but would work for a wide variety of your MOTU figures.  You also need the chrome blade to fight off MOTUC Snake Face!  At 5 bucks, these accessories are a total steal.  These also go on sale 5/1/13 at noon pacific at http://spymonkeycreations.ecrater.com/

Here is the sale information straight from Spy Monkey!

Thanks again to the guys at Spy Monkey for sending this set along for review!