Well, if the reaction to the vintage list was any indication, it is that my assumption was correct — Rio Blast is a pretty divisive character. So I am really interested to see the reaction to this list, featuring the characters that originally had figures (or dolls, if you will) in the vintage Princess of Power line. There is still a lot of work to be done on this front so just about every character is up for grabs. But who is really important now? I am pretty confident in the top three, but the other two slots are certainly open for interpretation. Oh, and Kowl gets an honorable mention here as I just don’t know if he can support a single release all by himself. As always, leave your comments below! 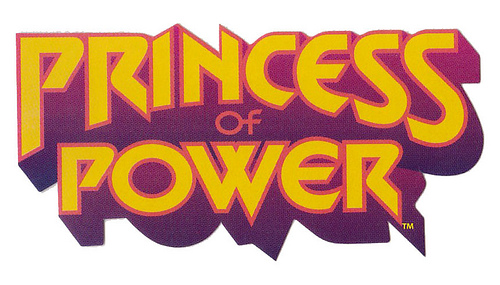 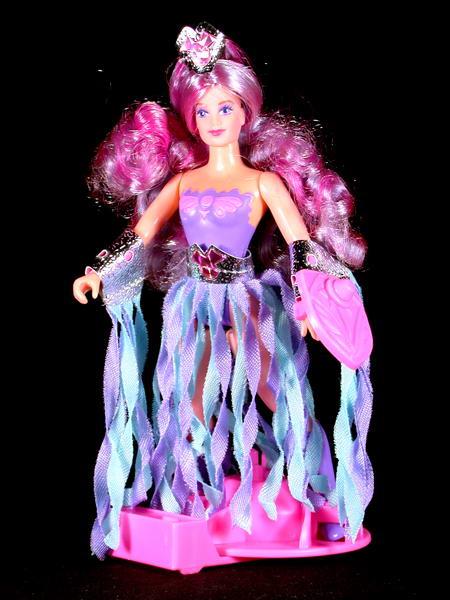 So is your first question, “Why is Spinnerella on a Top Five PoP list?” Well, it is a fair question, but one that I think I can answer in making a good case for the importance of getting this figure. I think her primary importance comes from her place in PoP history, and how it has kept a Spinnerella figure so relevant, even today. See, she was a part of the very limited-release third series of the Princess of Power toy line back in the 1980s, and of all of the figures included in that assortment, she has remained the most difficult to find. In fact, I am not sure I have seen ANY regularly-released MOTU figure demand the same amount of money for a mint on card edition. So, as the vintage Spinnerella fetches thousands of dollars, it has left many PoP fans, and MOTU fans in general, in the position of never having owned her figure. Classics can finally make that right, and in the process give us an interesting update to a character with cool powers. Also, her lady love, Netossa, requires that she be released so they can venture about Etheria together for the good of the Rebellion. So, in essence, Classics has given us the chance to get the figures that we never had as kids, and no figure from the vintage lines can provide such a large opportunity for so many collectors as can Spinnerella. 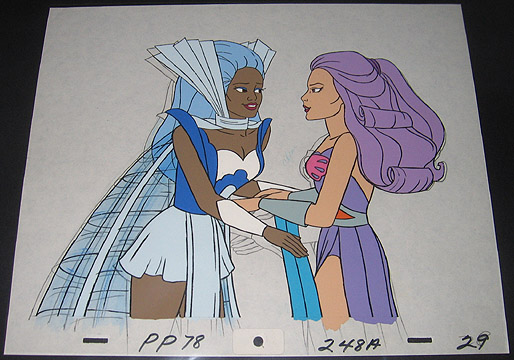 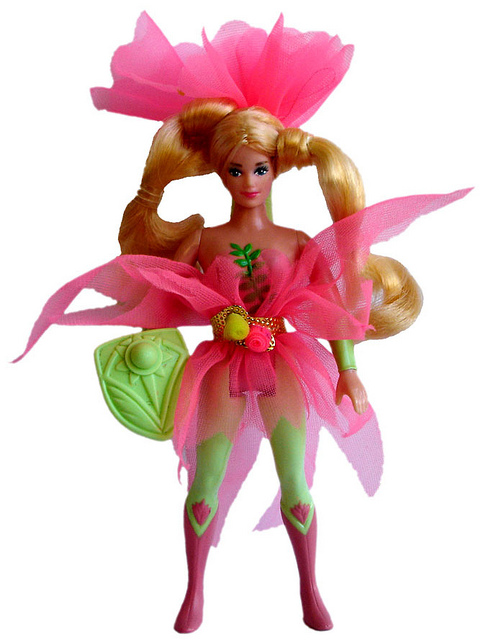 Is Perfuma the oddball of the PoP list? You better believe that she is, but you know what? As a character, Perfuma is certainly comfortable in her own skin. Of all of the figures from the 1980s, and that includes the entirety of the Princess of Power line, Perfuma is by far the least toyetic for an action figure line. For the dolls of the 1980s, she fit in just fine, but since Classics follows a direction that is quite different, it makes her quite a challenge to integrate with the likes of the Heroic Warriors, and even other members of the Great Rebellion. Ah, but the where lies a challenge, comes the potential for a fantastic figure and I personally think that Perfuma has the design elements for greatness, and that the Four Horsemen are up to make her amazing. I know that getting guys like Modulok out in amazing fashion is an impressive feat, but that is what the line is all about and where the Horsemen have incredible strength. Making a Perfuma figure that can stand toe to toe with a guy like Modulok is the ultimate expression of success for the MOTUC line. Plus, have you seen the “Flowers for Hordak” FilMation episode? I dare you to watch it and not crack up. Dare you. So, when Perfuma arrives, she better come with at least one lei, the Horde demands it! 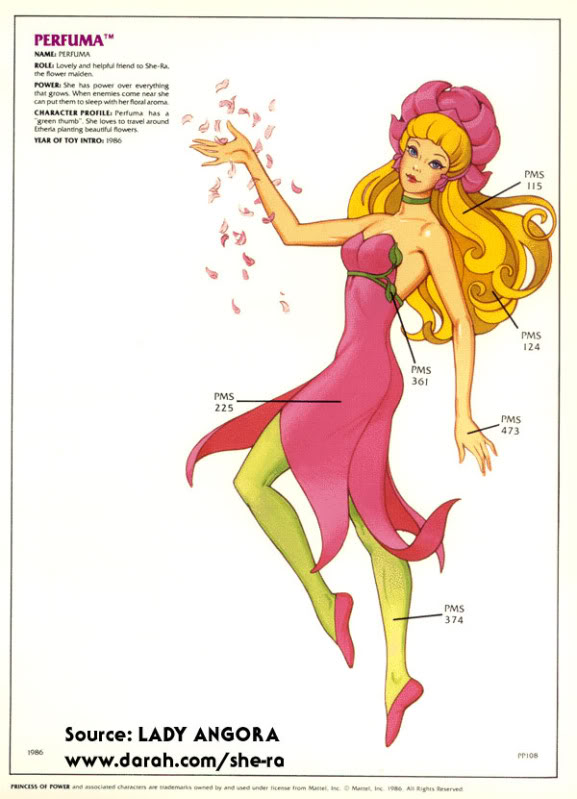 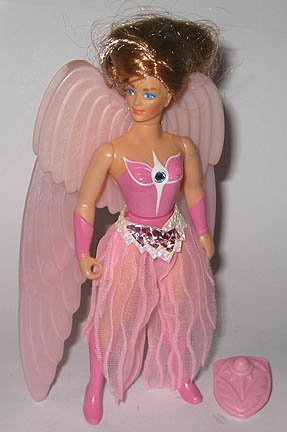 How can the Rebellion be great without its de facto leader? I mean, for all of the credit that Adora/She-Ra gets for constantly handing Hordak his ass, Angella, as Queen of Brightmoon, is technically the actual head of the Great Rebellion. While most times we just see a small sampling of the rebels in the form of ice queens, witches and butterfly ladies, we have to remember that the rag tags from the Rebellion are actually backed up by the pretty substantial army of Brightmoon, and Angella is all the command. Plus, she wields powerful magic (passed down to her daughter) and is an angel lady, something that the line has never seen before. She is one of the characters that makes me very happy that, for the most part, Classics follows the style guide for the PoP ladies. I think it is important that Angella and Glimmer share like outfits and anyway, a long dress on a flying character is rather ridiculous. Now, we know she is important to the line, as is her daughter (SPOILER!), but what of Micah, her husband and King of Brightmoon? Now, if we got him, Classics will most certainly achieve what it set out to do. 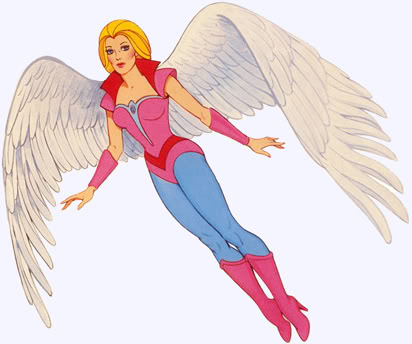 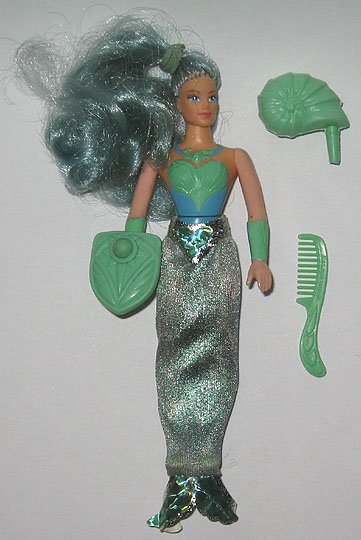 The moment that the Classics Frosta was unveiled, Mermista shot right to the top of my personal most-wanted PoP list, but this is not my wish list, so that is why she is not number one. I firmly believe that she is one of the most important outstanding Rebels to be made in MOTUC, for a myriad of reasons. However, for the sake of brevity in this article I will focus on, perhaps, the most important reason: she would make for one of the most amazing Classics figures ever. I mean, she is a mermaid that has the ability to go from fish tail to human legs – and a seashell bikini to boot. AND green/bluish purple hair (depending on the version). The possibilities for this figure are immense and if the Horsemen are going to be able to sink their teeth into any female character design in this line, it would most certainly be for Mermista. And possibly Scorpia, but that is another article. The 4H have been able to flex their muscles on several feathered characters as of late, so I am dying to see what they do with scales. If they add a bit of pearlesence to the paint on the scales, Mermista will easily be one of the best figures in the line. I cannot wait. 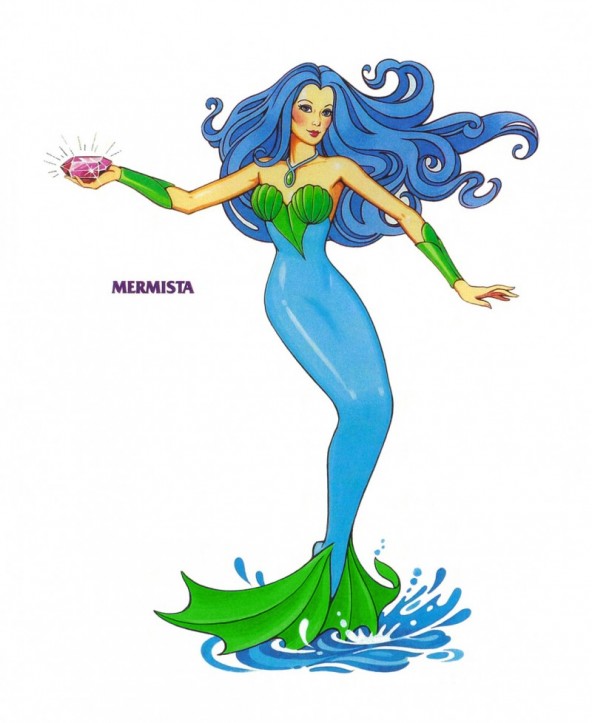 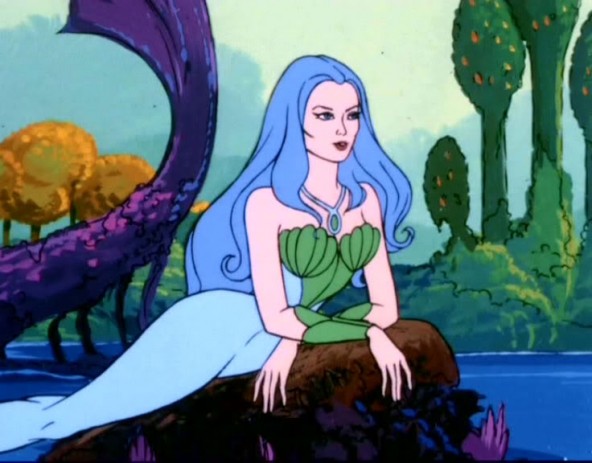 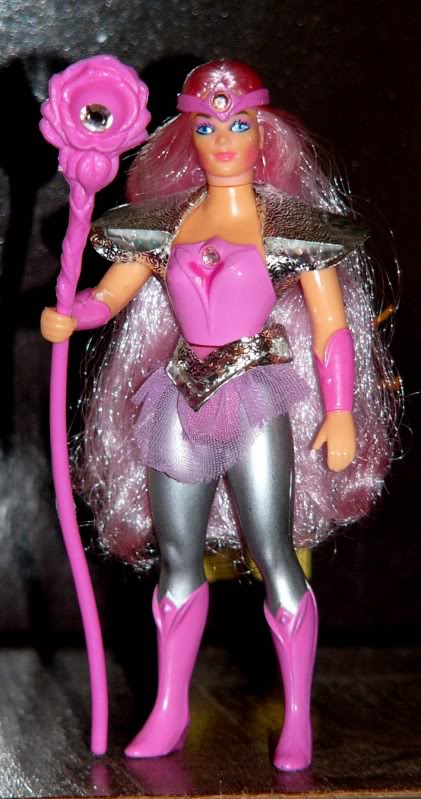 C’mon now, if you were not surprised by Two Bad taking the top spot in the vintage MOTU line list, this should come with zero shock value. However, that just makes this pick all the more valid. In the Princess of Power scheme, She-Ra is to He-Man as Bow is to Teela (shut up) and Glimmer is to Man-at-Arms in terms of essential characters. She is in the top three, and could easily have an argument to be right after She-Ra. One of the first figures in the line, Glimmer was also featured in almost all of the PoP cartoon episodes and she was the one keeping the Rebellion alive when her mother was a captive of Hunga the Harpy. To say that she is essential is an understatement. If you look at your sparse Rebellion display, there is a heck of a lot of blue going on there right now, so Glimmer’s pinks and purples will help break that up nicely; this is MOTU Classics, so variety is the spice of life and the little Etherian corner of your shelf needs a little color diversity in the costumes. Like her mother, Glimmer should be kept pretty much in line with the style guide design (none of that frizzy hair from the old toy), but some costume embellishments and her toy staff are certainly essential. 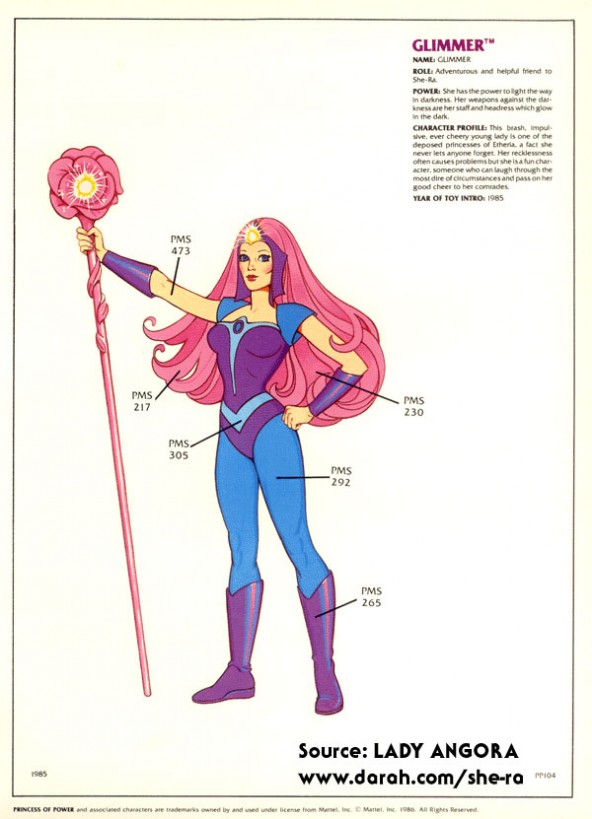 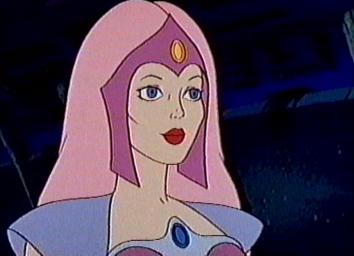 Stay tuned for tomorrow, we have another batch of five ready to go!