We are blasting our way through these Top Five lists so if you missed the Vintage and PoP lists, be sure to check them out. For today, we arrive to a place that is near-criminally under represented in the Classics line – New Adventures. I did not collect the figures as kid and try as I might, I just cannot watch the show, but I do appreciate the story as being the next progression in the MOTU mythos. Plus, there are a lot of neat designs that have tons of potential in Classics, as we have already seen with Icarius, Optikk, Karatti and Slush Head. Here is our list: 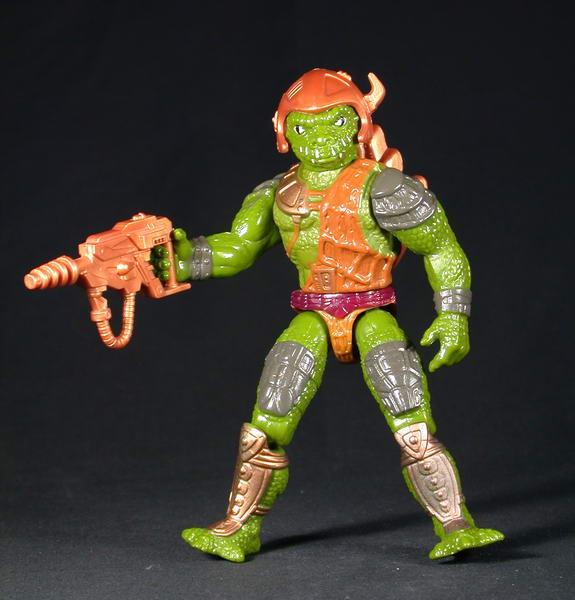 Of all of the non-Flogg Space Mutants remaining, it is kind of hard to choose which one is the most important to be made in plastic. I think there are cases for Staghorn, Hoove, Quaake and Butthead as well, but a quick check of the intertubes shows that maybe Lizzor is a little more popular than the rest, if only by a little. Plus, there is really no denying that he would make for a really neat-looking figure. Right now, the evil side of the New Adventures shelf far outweighs the heroic, but that is okay since the bad guys are always cooler. The unifying factor of all things New Adventures is that somehow, some way, the Four Horsemen find a way to make their designs absolutely incredible and, because of this, the five NA figures we have gotten (or have had revealed) thus far make for some of the strongest figures in the line. Lizzor will look great hanging out with his pals and that lizard mug of his will make him stand out, even amongst such a motley crew. 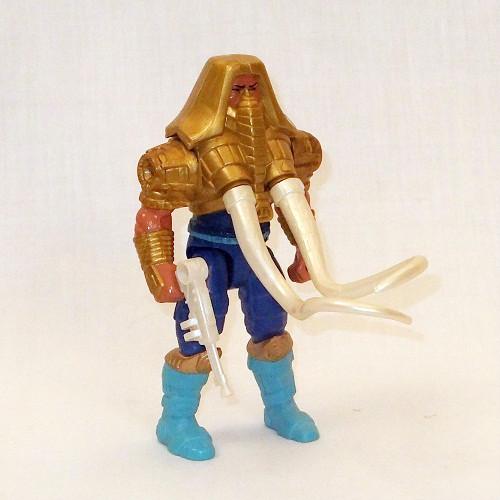 So, this is a guy that looks like a linebacker with giant tusks built into his helmet. I don’t suppose you need any further explanation as to why he might make for a cool action figure. I personally do not know a lot about the character, but I can spot potential for a cool action figure when I see it. I suppose that I always saw Tuskador as kind of being the “Ram Man” of New Adventures and with an all-encompassing line like Classics, I can just see the ranks of the Horde breaking from a charge lead by Tuskador and Rammy, it would be glorious. I suppose he could also potentially borrow a few parts from Ram Man as well? Maybe his arms could be shared? I don’t know, but I am positive that Tuskador could easily be one of the best NA figures in the entire line, and that is pretty bold assertion considering the great figures we have gotten so far. 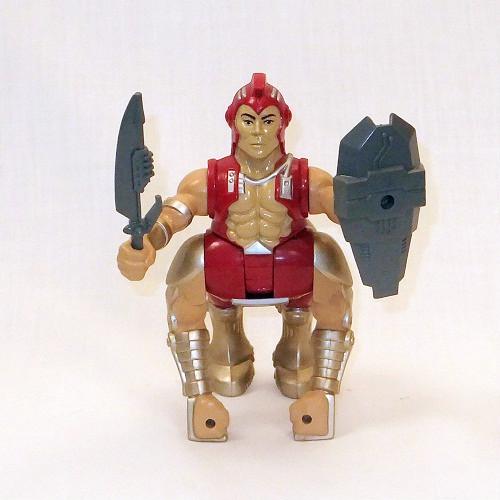 I think the term “strange” kind of loses its impact when referring to Masters of the Universe characters. Freaks and mutants and just plain weirdoes make up most of the characters, so I need to think of a better adjective when trying to describe Sagitar. Off the wall? Crazy? Chemically influenced? Unique? I am going to go with “unique” with a small side of “chemically influenced”. Sagitar is a guy that has two torsos and often walks on the knuckles of the hands of the lower torso to “kind of* imitate the Sagittarius he is named after. Somehow though, the half horse/half man Sagittarius seems much more normal than the build of Sagitar. But therein lies the design for a potentially amazing action figure. I cannot see him being realized in any other form than a “deluxe” or “beast” slot, but he would certainly be worth the fuss. I don’t imagine that he could borrow any existing parts from the MOTUC library so he would have to be all-new, but I think the line is still healthy enough to get those uniquely tooled figures. 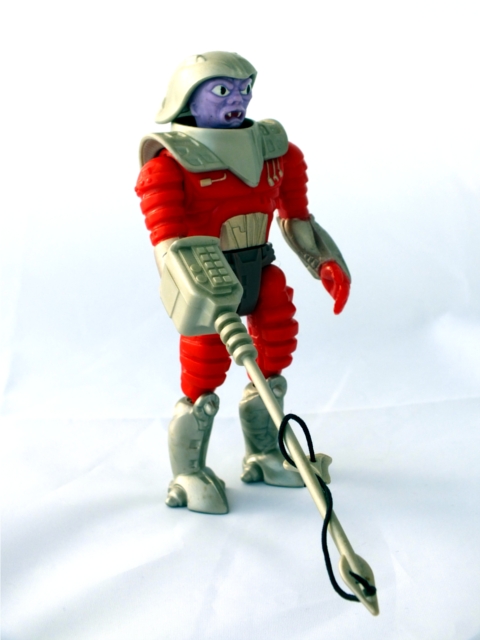 Really, Flogg and Hydron could be interchangeable in their positions on this list. Both are considered the de facto leaders of their respective squads (even though we know He-Man and Skeletor) were really calling the shots), but since Icarius is the only Galactic Protector currently in the line, Hydron is getting the nod to the top. Personally, I want Flogg more for the line; his design is cooler and he has had some decent characterization in the NA stories. Plus, there is not really another guy that has the same type of role as Flogg. Technically, he is the leader of the Space Mutants so from a formal sense, Skeletor has not really been subservient to anyone, even if it was mostly an act. I am not sure if he will require two separate heads or if he would just need a helmet, but I am really looking forward to how his unique weapon will be realized. 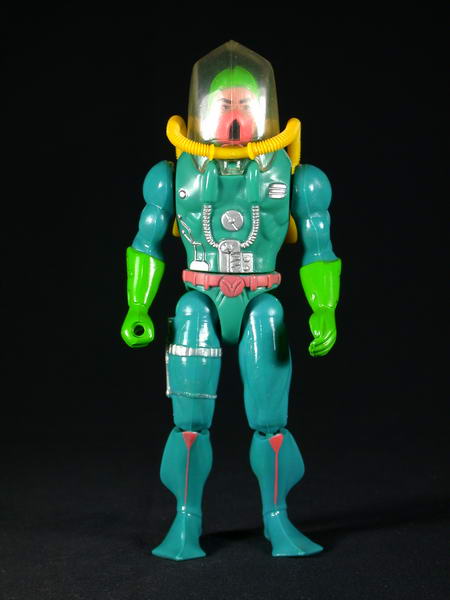 I realize that New Adventures is not the most popular incarnation of Masters of the Universe. However, the fact that we do not have Hydron yet is about as whacked out as the fact that we don’t have Glimmer either. Hydron and Icarius are responsible for bringing He-Man to Primus to help fight off the threat of Skeletor, the Mutants and now, Horde Prime. He is also the default field leader of the Galactic Protectors so his importance to the line is certainly there. Plus, he is a space man that is dressed up like a deep sea diver. You cannot make that stuff up. Well, someone made that stuff up and I am very thankful they did. I really think Hydron will be an interesting figure and his color palette is right up my alley as well. Matty, bubby, it is time for Hydron. His wing man is getting awfully lonely.

Okay, we have a couple of lists left… what will they be? Hmm…