Of all of the Top Five lists that we compiled for this week-long feature, paring the FilMation stable down to a scant five figures was by far the greatest challenge. That is mainly due to the fact that there are so many fantastic characters from the shows, and so far, we have not gotten all that many, so there is a lot of work to do! I will let you know that it took all of my will power not to include my personal most-wanted MOTUC figure at the moment, but the good General Sunder will be in my Top Ten vote for sure. Also, guys like Imp (due to his small stature) and Masque and the Robot Knights and Dylamug and Vultak (and a few others) got so close to making this list, it pains me to leave them off, and I even completed their write-ups. But there is a format to adhere to, dag nabbit! Okay, so here are the five, and while I feel it is a solid list, 10-15 other characters are just as deserving to be on it. Oh, and this list is working on the assumption that the cutlass that was teased earlier this year does indeed belong to an up-coming Sea Hawk figure. 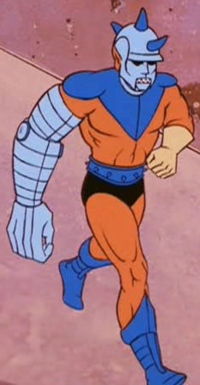 Let’s face it, the majority of FilMation characters, especially those appearing on the He-Man show, were one-shot appearances. So, in 22 minutes or less, these guys really had to prove their worth in terms of getting a fan base behind them. Thus, just to be remembered is a major accomplishment for most of them. Strong Arm is certainly one those characters and his status is automatically bolstered by the fact that he was undoubtedly a member of Skeletor’s Evil Warriors. I like to think of him like Fang Man and Icer: these guys were Skeletor lackeys that just never go figures in the vintage line. Plus, he is a cyborg man with a buzz saw Mohawk and giant metal arm. That is like taking the unholy offspring of Trap Jaw and Fisto (try getting that out of your head) and ramping it up times ten. Really, I don’t think any character needs more of an excuse to get into this line past the fact that they would make for a bad ass figure, and Strong Arm has that in spades. 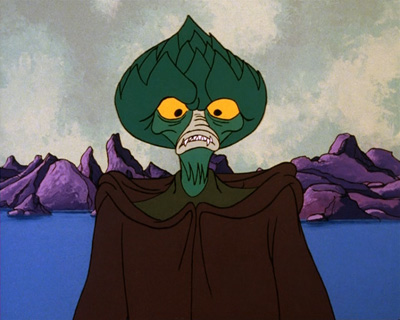 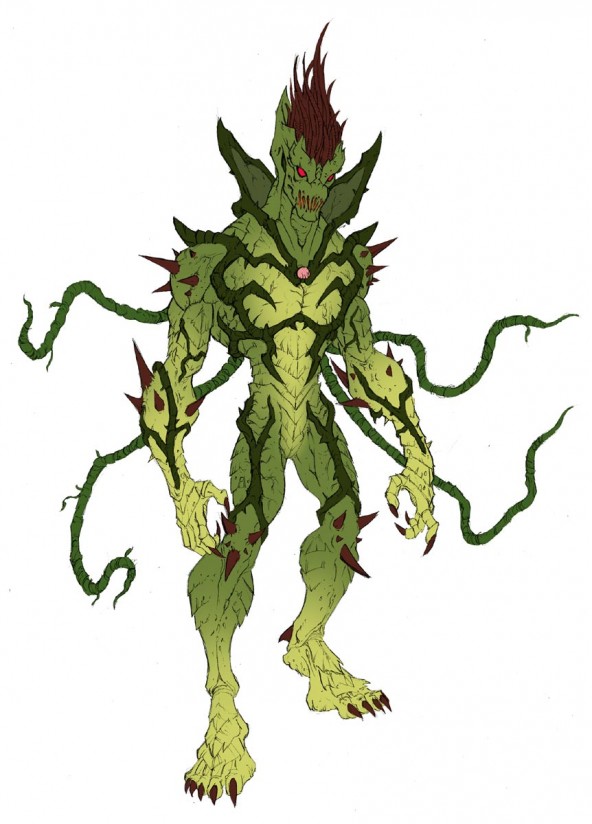 Right. So I think these next two choices might be the subject of some controversy, but hear me out. Evil Seed and the next pick both certainly had their time to shine on the FilMation shows, and Seedy here had just as many appearances as most of the FilMation-originated characters (see: 1). But the fact that they also have appearances in new media bolstered their standing . I realize that he could have a potential disadvantage due to his very distinct and very different looks in his two incarnations because, really, his name and standing with plants are about the only things that carried over from FilMation to MYP. Because of that, if one look is chosen, FilMation or MYP, there is automatically going to be a population of the fan base that is disappointed with the choice. However, I see this as an opportunity for Mattel and the Four Horsemen to pull a rabbit out of their hats and give us a figure that can satisfy BOTH looks; think along the same lines as the Trap Jaw figure being able to transform into Kronis. Personally, I prefer the far-creepier version of the character, so I would back his FilMation look, but if they can get both with a swappable head, arms and cloak, I say satisfy as many people as possible. Evil Seed was able to bring Eternia to its knees and his loyalty is only to the plant world. 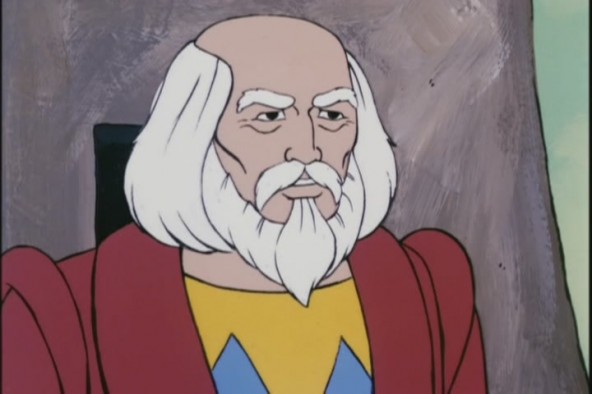 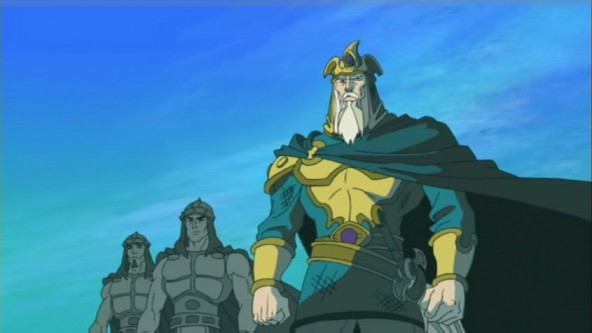 As King Miro was created in the FilMation studios, he belongs on this list. More so, due to the current Classics bios and story lines, he has become increasingly important with his role in how the politics of current day Eternia have materialized. However, that could, once again, drive a wedge between competing preferences for KING Miro or CAPTAIN Miro. Personally, He-Man’s (that is, Prince Adam’s) time period is what is current, so I believe any character that exists in his time should have a default figure that represents their appearance during that time. So I would be one to put my support behind a King Miro figure, rather than the Captain version. However, I think that with some creative design choices and a couple of different heads, the Horsemen can come up with a look that pleases everyone. Heck, I would love Miro to be a repaint of the (toy version) King Randor figure to keep their House armor and sigil consistent. No matter what, though, Miro is a member of the Royal Family and he is essential to the line. We have his Man-at-Arms in Dekker already, and that poor guy needs his King. 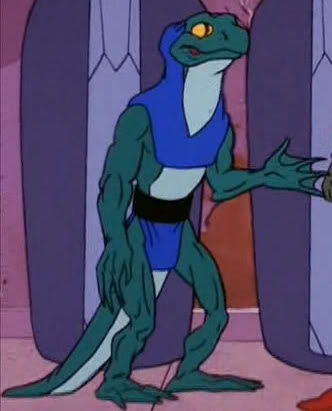 Often referred to affectionately as “Lizzy” by the main cast, Lizard Man is about the only character from the FilMation show that I would comfortably be able to call a member of the Heroic Warriors. He is also one of the few show-originating characters that had more than one appearance in the He-Man show. I believe these two points are what have provided him such a fan following of which the Horsemen’s own Cornboy is a member. Personally, I think he will just make a great-looking action figure, but he is one that will require a bit of work to realize. First, his build is noticeably skinnier and smaller of stature than just about anyone else running around Eternia. He is quite lithe, probably for the agility to be able to scale walls and I just do not see his figure working on any of the current base bodies running around the MOTUC library. As we have recently seen with Mantenna, though, putting the production dollars where they really need to go can pay off in fantastic fashion, so if we get another FilMation subscription in 2014 (and boy, do we need it), Lizard Man could certainly be a centerpiece figure for the year. 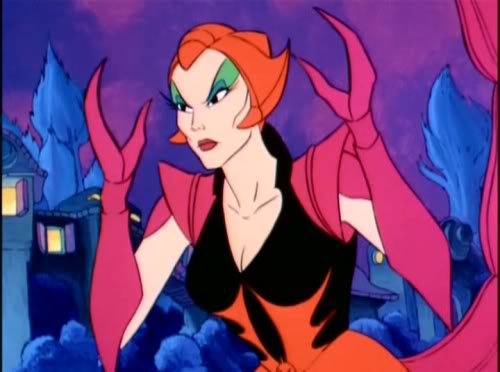 Speaking of centerpiece figures, I firmly believe that if Scorpia were unveiled to be one of the first quarter figures for a 2014 FilMation subscription, she could pretty much sell it herself. It is funny, I was at SDCC in 2011 and when Shadow Weaver was revealed to be the 2012 sub-exclusive figure, it was almost instantaneous as the shouts of “Hooray!” for her transitioned to “When are we getting Scorpia?” I don’t think I have seen such a fast and definitive hand off from one character to the next in terms of inheriting a “most wanted” crown. However, she certainly has the design and the profile to create that kind of tract, so the ultimate freak lady seems to be more of a “when” rather than an “if” figure. Like the upcoming Octavia figure, Scorpia would offer us another evil female (always a popular choice) that adds a touch of the monstrous to her design. Since the Horsemen were able to do the heavy lift on figuring out a working tail, like with Whiplash, they would just need to adapt it to the female body and then we would be ready to go. Man, the Horde has some cool looking characters.

I am going to slightly cheat and give an honorable mention to Madame Razz and Broom. They are not included in the list because I just cannot see Madame being released without Broom and so that would TECHNICALLY be two characters in one spot. I  know, technicalities and all that, but it was perplexing to to come up with an excuse to include two characters in one spot on the regular list, so they are getting an honorable mention. But just to be clear, Madame and Broom are just as important to the MOTU mythos as anyone on this list. 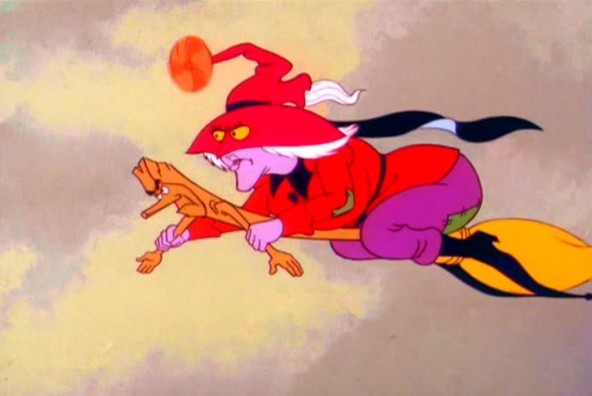 One more day to go, can you guess the remaining list?