With the Toyfair revelation that esteemed yet deceased Eskimo mercenary Kwinn is FINALLY coming — although I’ll believe it when I see it — that means one of my personal Holy Grail figures will finally make it into my hands. So as is normal with this hobby, that means I need some new Grails. So let’s take a look at five characters that I now need if my Joe collection is going to be complete. Fat chance on many of them, I’m sure, but it’s all for fun so let’s look anyway. The first two are updates of old toys, the final three are straight out of the original GI Joe comic — the definitive media for GI Joe.

I couldn’t have given less of a crap about football, but as soon as the commercial popped up with the Fridge kicking Cobra butt, swinging his football on a chain, I knew I had to have him. I was apparently extremely influenced by toy commercials, which explains so much. I’m sure there’s some type of “rights” issue that keeps the Fridge from ever being made again, but my collection won’t ever feel as complete as it needs to feel without The Fridge. 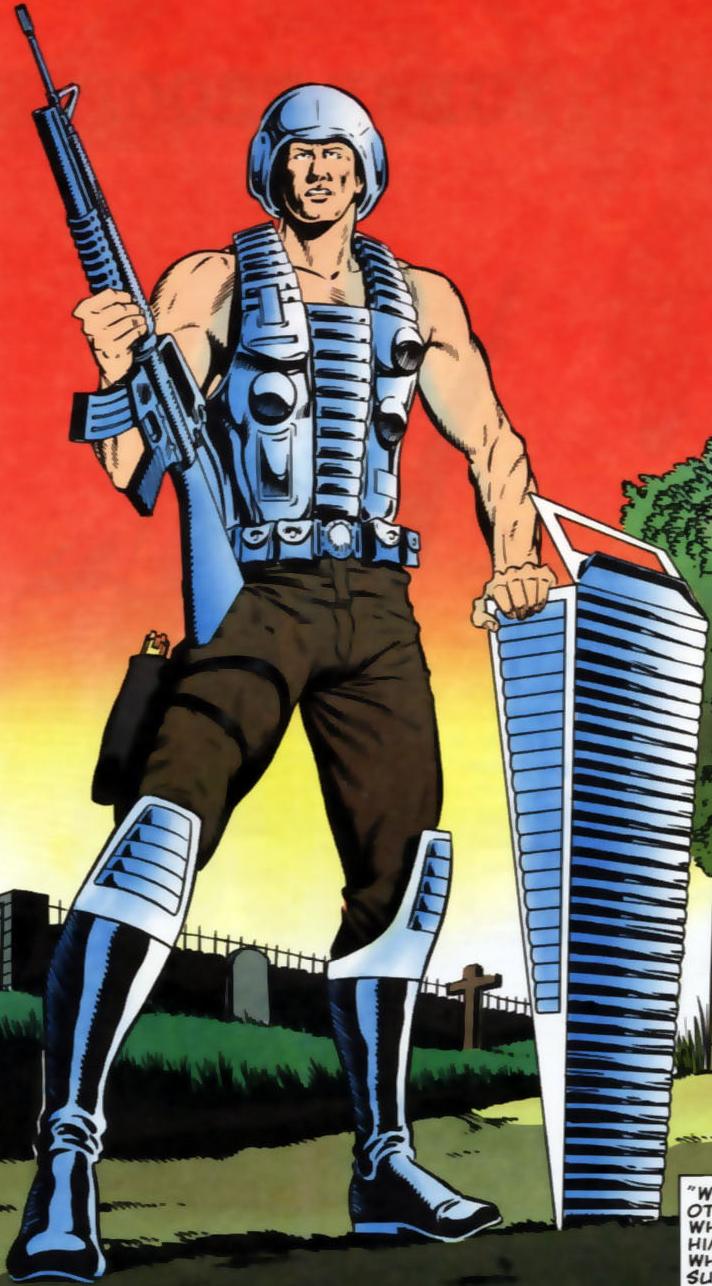 Continuing the theme of “the commercials made me want him,” Super trooper was a mail-away figure that made his debut in an animated commercial. I knew immediately I’d have to have him. For some reason the fact that he came with a shield made him 72 percent more awesome. He was rather unique in that he had a chromed vest, sub-machine gun, helmet, and shield. He was one shiny mofo. There was something so uniquely snazzy about him that he immediately joined the elite ranks with the Steel Brigade Trooper and Snake Eyes in my little toy world, where the three of them could take on entire platoons of Cobras and not even flinch.

Laugh it up if you wish, but for devotees of the comic, Bongo was, for a brief moment, a fairly important character. Her father was a Cobra agent, after all. Candy Appel (yes, her name was Candy Appel because her parents apparently hated her) helped the Joes on several occasions, dated Ripcord (the good Ripcord that was not, and never will be, a Wayans brother), and finally met her tragic end with two other characters appearing on this list. She’d have to be in her bear suit with a swappable bear head and real Candy head with trademark curly hair. 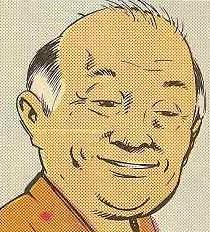 While we more or less got a figure of the Hard Master in a two-pack, The Soft Master has been sadly neglected. While the Hard Master’s most notable role in the comic was as an unfortunate recipient of an arrow through the heart that touched off a feud between Snake Eyes and Storm Shadow, the Soft Master went on to have a valuable and very much alive role in several storylines. Until he died. We first met Soft Master in the two-part storyline from GI Joe 26 and 27 wherein we learned as much as we were going to learn about the mysterious Snake Eyes’ origin. I know an elderly round man isn’t on the top of most people’s want list, but I say bah to them. The man deflected a pair of Destro’s wrist rockets without even turning around. You know what that tells me? Even fat old ninjas are badass. The only question would be what his figure should be wearing. While his ninja gi from his time in the Arishikage clan would make sense and would go well with the Hard Master figure we already have, it limits him to a certain point in time. Maybe the suit and tie he was wearing when he caught a missile with his chest? Decisions decisions. Either way, the man deserves a figure.

Is it strange cosmic happenstance that the trifecta of Billy, Candy, and the Soft Master all met their fate together and all need figures? Perhaps. I’ll tent my fingers and contemplate that later with some Chamomile. Making his first appearance as a young boy brainwashed into assassinating his father Major Bludd and the Baroness (neither of whom knew Billy Was Cobra Commander’s son), Billy is the third on this list whose life was affected by Scrap Iron, Firefly, and a drunk. Billy, however, did not die, and instead lost a leg and an eye. He slipped into a coma for quite some time. When he regained consciousness, Storm Shadow took him as a pupil and trained him as a ninja. I’d need Billy in his shorter Storm Shadow-esque junior Ninja getup, with requisite eyepatch and father issues.