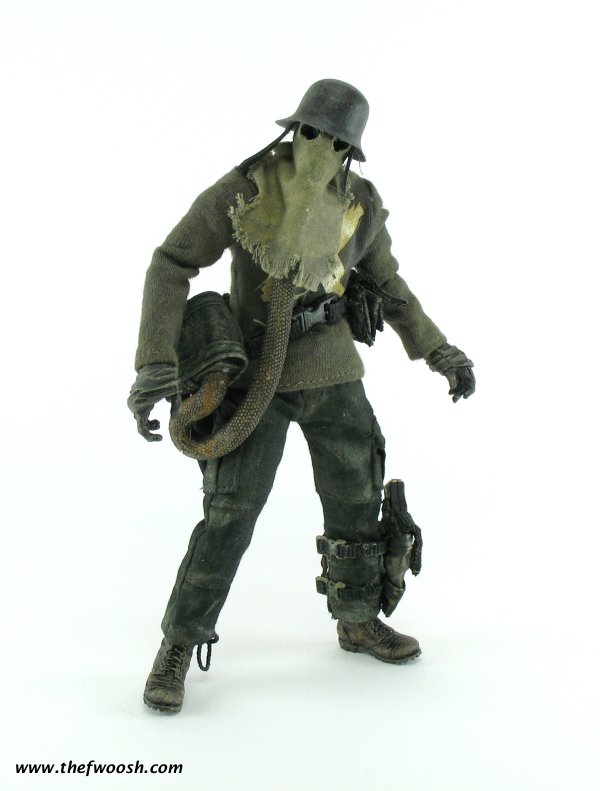 Everyone says “it’s just the wind” like they’ve never heard of tornadoes, or sandstorms… or hurricanes. I call those people stupid. 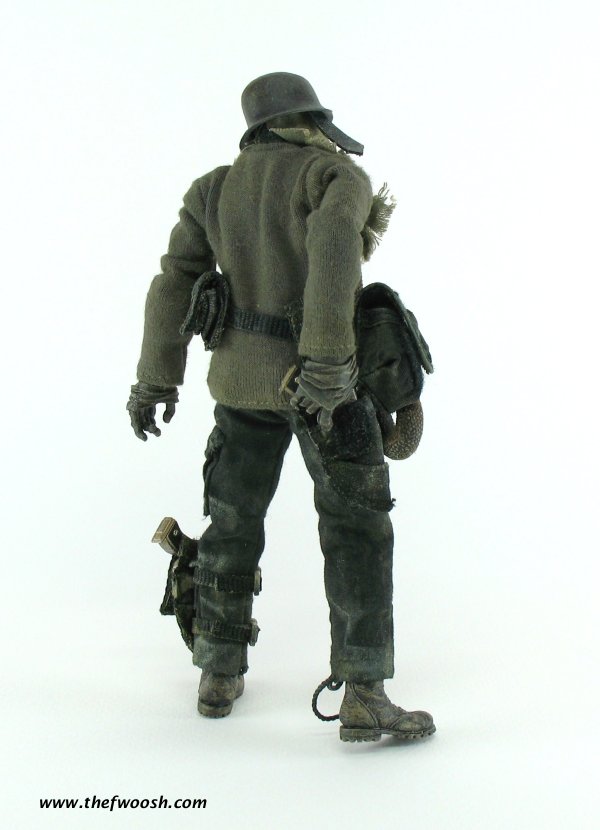 Me, whenever somebody says “it’s just the wind,” that’s when all my hairs start playing tiny violins and a crescendo starts having its rude way with my nerve endings. 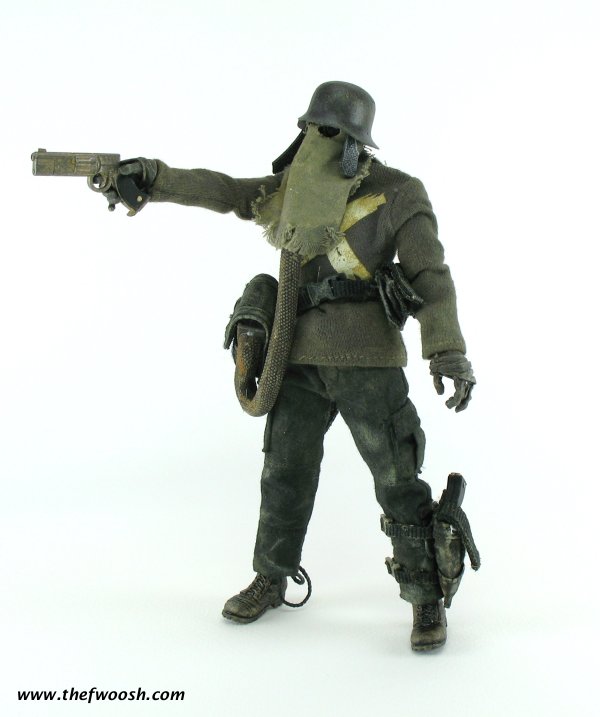 I was skimming the tree tops, my chute already starting to buckle under the strain. Dead branches grasped at my boots, frisking my cuffs. I muttered my version of a prayer under my breath, which was a string of violent curse words punctuated by grunting.  I could see a clearing up ahead. I was losing even more altitude. I glanced down, tucked my boots up as far as they could and sweated. 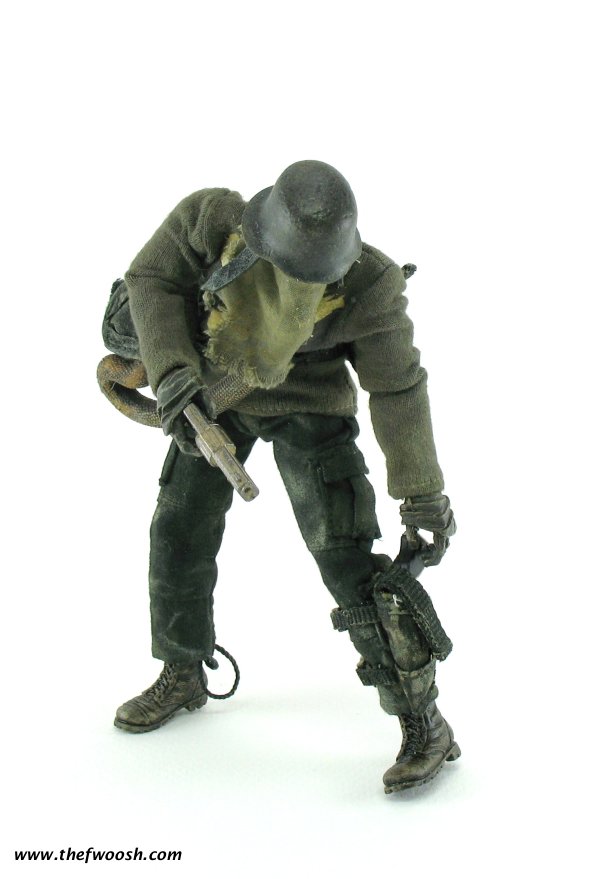 Finally the trees broke and I was in the clear. I gave it a cliché landing — one I could walk away from — cut the straps and darted for the cover of those same trees that I was cursing under my breath a second ago. 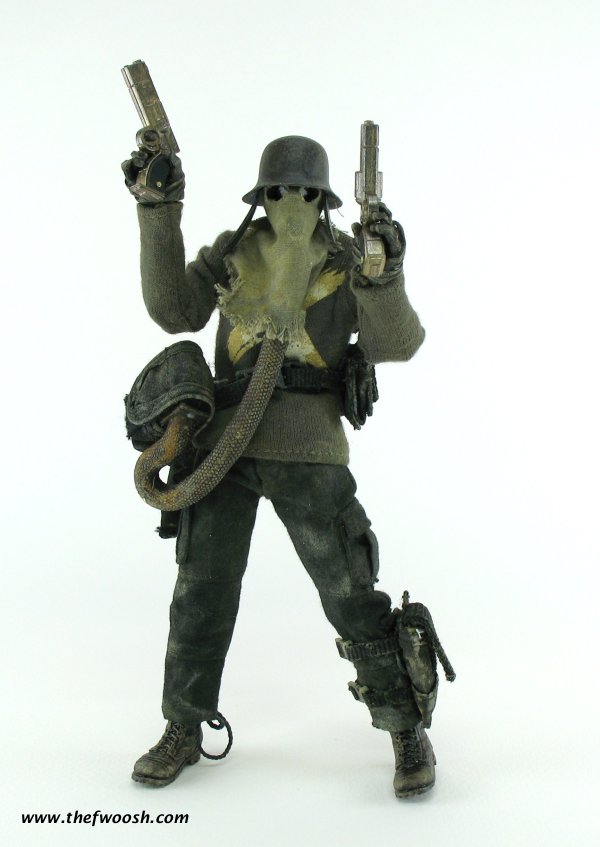 Leaves applauded under my feet as I ran, and stopped when I ducked behind a large grey tree that didn’t give a piss about me or what I wanted. My guns were accounted for. My mask’s hose hadn’t ripped. I was alive. 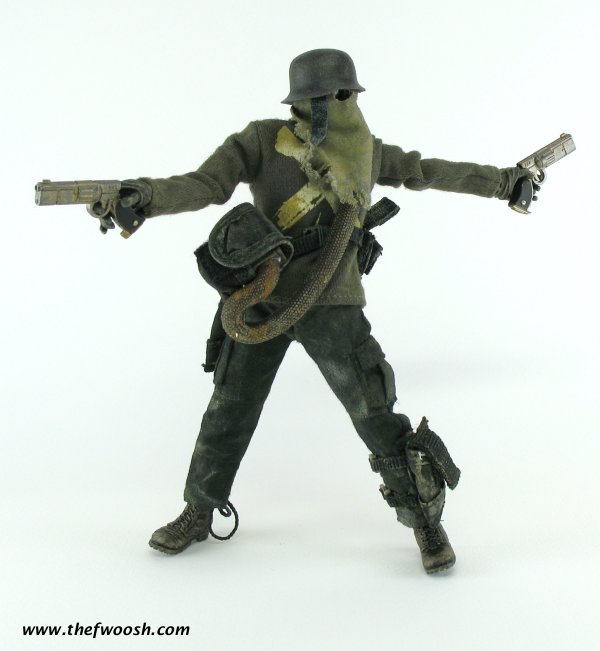 The trees, on the other hand, were dead. It was fall. At least I think it was fall. I stopped caring about seasons and dates a long time ago. When you’re on the run the only time you care about is now: alive O’clock. 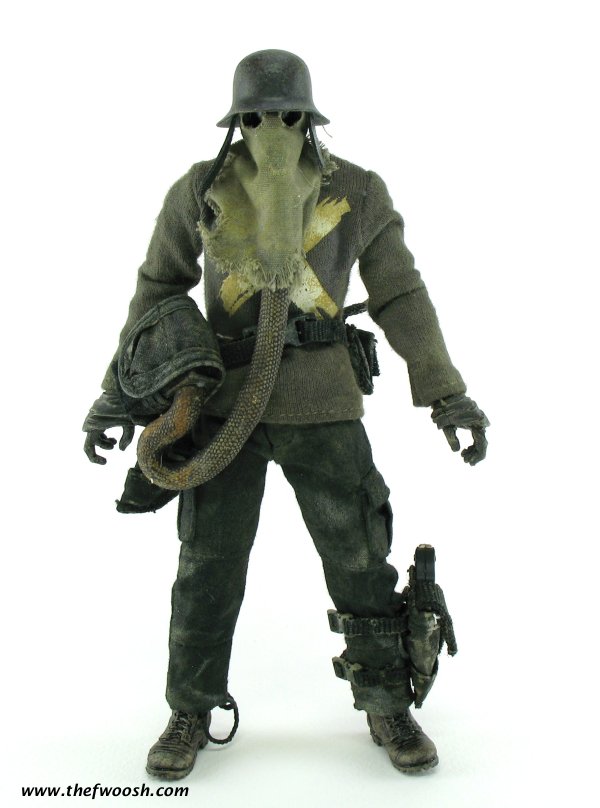 I wish I could say I started this with a plan, but plans and me don’t ever seem to see eye to eye. Stolen plane, low gas, flying low, you know the rest. I jumped and heard the explosion a few clicks ahead before I was even halfway to the ground. Maybe that would put them off the scent. Maybe there was nobody really after me and this was all some paranoid acid trip. I’m not sure I care anymore. When you see the world through a pair of circles in a mask, tunnel vision suddenly means something much larger. 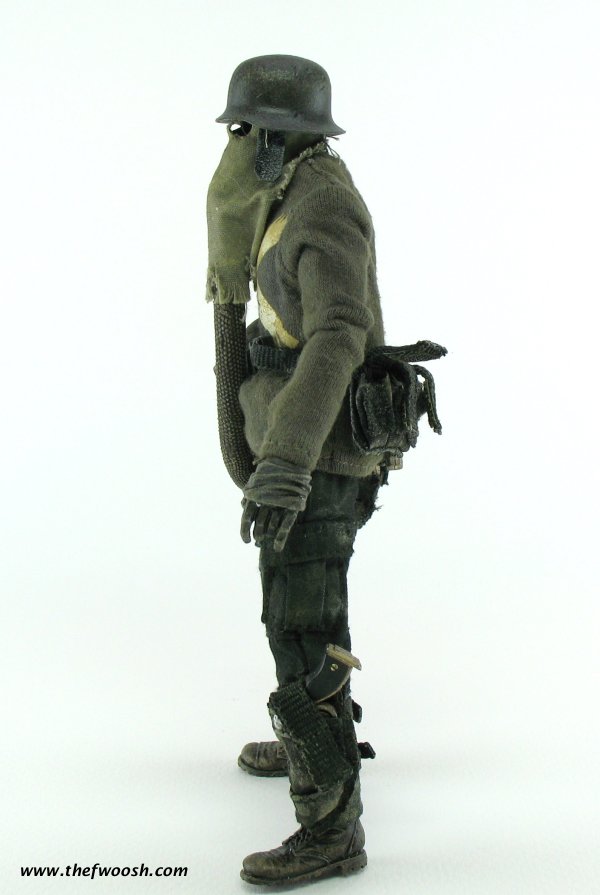 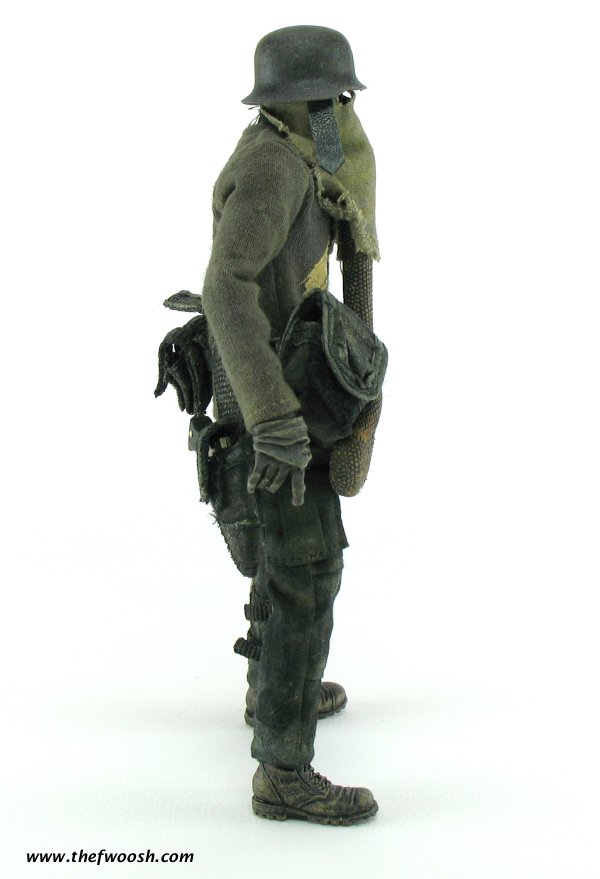 I hear noises all around me. My own breathing resonates. There’s a small hiss, always present, from the hose. I want to take the mask off, wipe the sweat that’s beaded up on my lip and trickling into the corner of my eye, but I don’t know what killed the trees. If it’s fall and they’re sleeping, then I could be OK. If it’s spring or summer and there’s something a lot harsher in the air, I don’t want to join the trees. So I keep the mask on and endure.

I look at my hand and find my gun. Not sure when I drew it from the holster. Muscle memory and reflex. My body senses enemies everywhere. It’s how I’ve lived this long when I should be dead.

We should all be dead.

When I think I’m alone, I make my way through the trees, back the way I came. It’s the only way I can go. That way, the land beyond the clearing, they own it. I could find haven there, maybe, if I’m lucky, or I could find death. 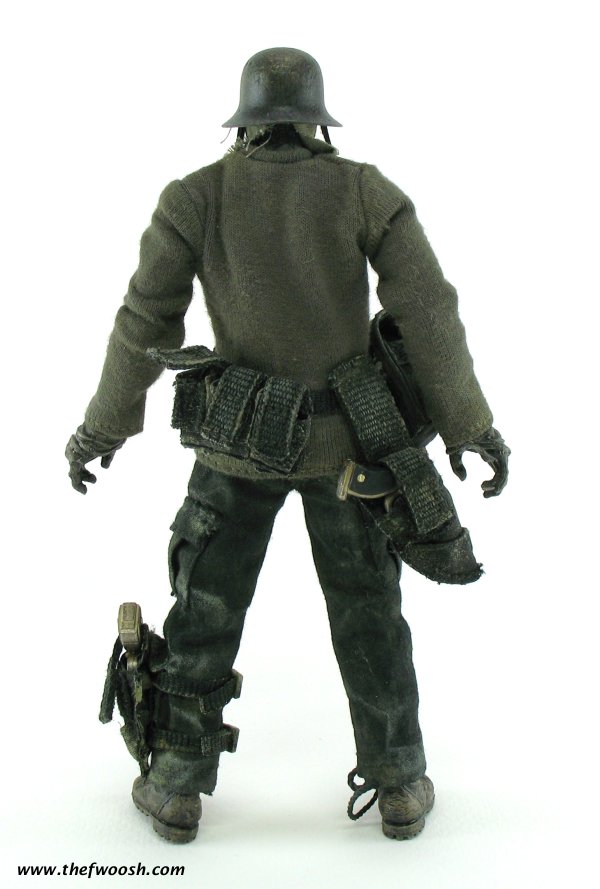 I’m never lucky. I’m just stubborn. Both can keep you alive. I prefer my way.

I have two guns. 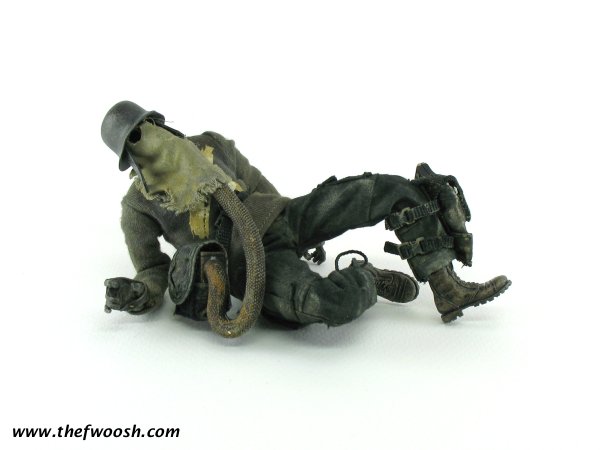 They call me Barguest. It’s a good name, the name of a ghost dog, large black and fierce; a myth that kills you silently, before you realize death is inevitable. There are worse things than being a myth.

I am the wind. 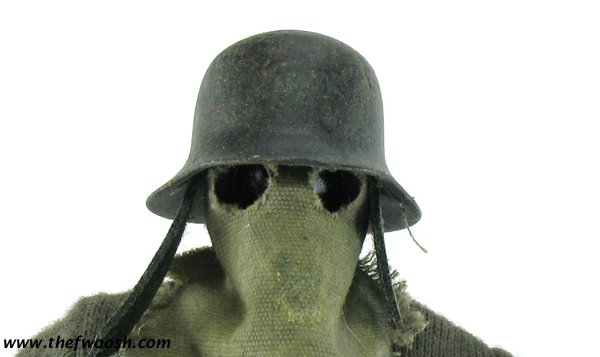