peg-warmer – 1. a retail product, especially a collectible, that has very high supply and very low demand. 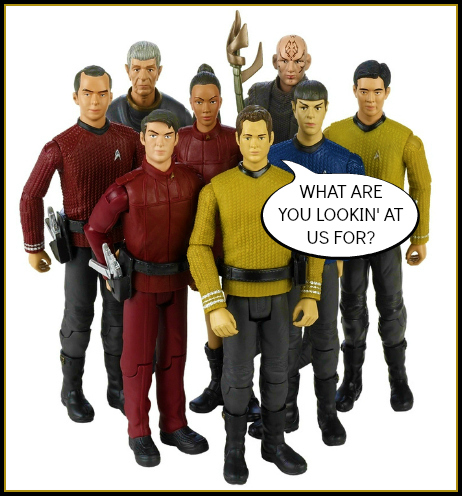 As someone who’s spent a lot of time hunting for toys in stores, I am all too familiar with peg-warmers. The excitement of seeing a fully-stocked figure section is only matched by the soul-crushing disappointment that comes from discovering the pegs are full of the one character nobody seems to want. Every line seems to have a least one dud — if that dud is short-packed, it’s presence might not be an issue. If the dud comes more than two to a case, you may have a serious problem. 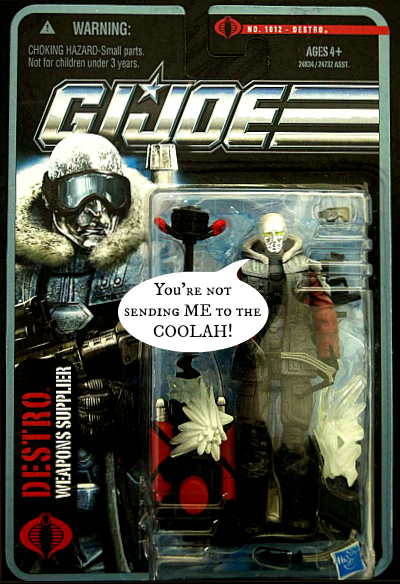 Sometimes a toy company anticipates the popularity of a certain character and produces extra because doesn’t want to get caught short. Sometimes this approach backfires. 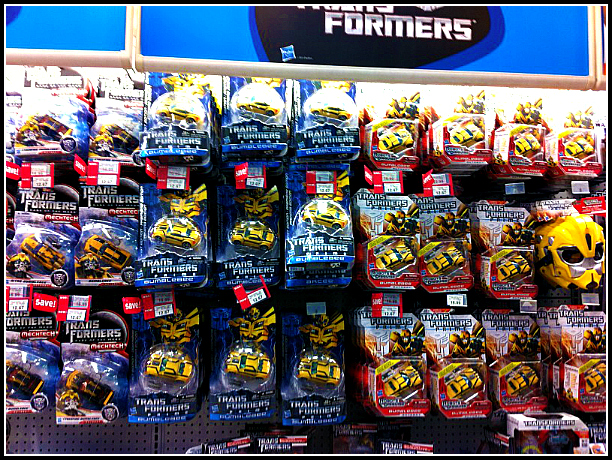 Case pack-outs don’t always matter. Back in the 1970s, Aquaman was packed at one to a case and yet, when all was said and done, Mego still had mountains of the figure left when it went out of business. One story has employees burning piles of them behind the building in an effort to save warehouse space! Producing this figure in even minimal numbers was too much. Had the company chosen Green Lantern or Flash in Aquaman’s place, would those characters have done any better? I’m going to say probably. Both had bright, colorful costumes that would have looked nice in the Mego format, as well as power-sets that didn’t require a proximity to large bodies of water. 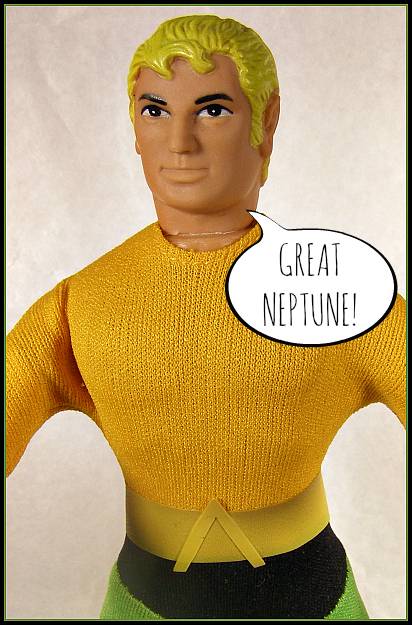 Kenner’s Super Powers sold in impressive numbers but in the process actually created peg-warmers. The company utilized the unusual distribution practice of including up to 18 of one character in a case of 24, which caused serious bottle-necking of figures like Superman and the Flash. The rationale was that kids would always want the “popular” characters, but, taken to such an extreme, this approach sapped the line of it’s vitality. The progressively obscure character selection and “made-up” figures finally killed it, but having entire pegs full of the Flash sure didn’t help any. 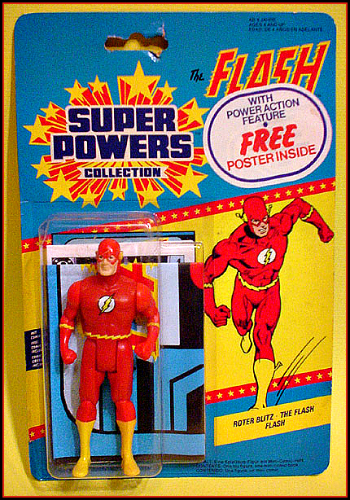 Marvel Superheroes Secret Wars was Mattel’s answer to Kenner’s DC line — their cheap answer. Unlike Kenner, who used a unique mold for each of their figures, Mattel used one for all of them! The frugal company slightly modified the arms and legs when details like gloves and boot-cuffs were called for, but every single figure in the line used the same base body. Doc Ock and Magneto were suddenly musclebound and Wolverine was as tall as Captain America! Still, kids at least wanted those. The same cannot be said for old Kang here. The figure is a textbook peg-warmer: he’s ugly, obscure, and resembles a California Raisin — from the future. While even duds like Daredevil and Falcon eventually found homes, Kang hung alone in the gathering darkness, the lengthening shadow his only companion. From his forgotten place on the pegs he planned his revenge. They would pay for this indignity. Oh, yes — they would all pay. 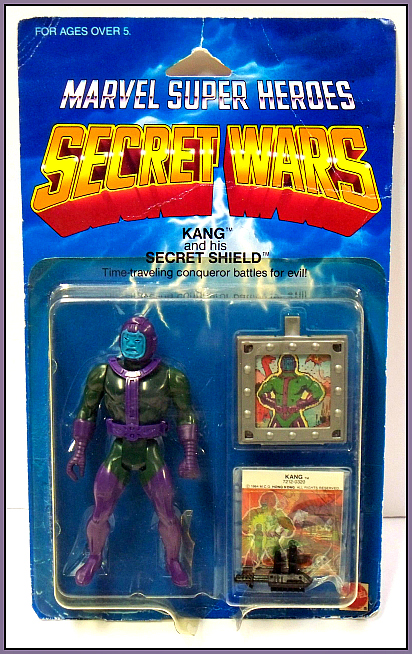 It’s not uncommon to see entire lines fail. Forty-odd years ago Kenner struck gold with Star Wars and ever since then toy companies have been chasing the “next big thing.” Mego, one of the companies that turned down the Star Wars license, threw it’s money at a slew of lousy sci-fi properties in an attempt to catch up: The Black Hole, Buck Rogers in the 25th Century, Star Trek: The Motion Picture — all bombed and could be found on deep discount for years. 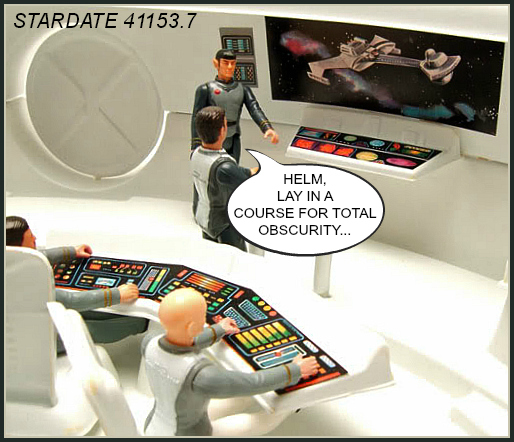 Modern movie licenses like Terminator: Salvation, Avatar and Green Latern also “under-performed” at the box office and the toy store, resulting in a product glut we’re only just now reaching the end of. Costly lessons like these have made the big companies more cautious when it comes to producing tie-ins. Of course, you can still walk into just about any Wal-Mart in America and find figures from the first Thor movie hanging on the pegs, so it remains a crapshoot. 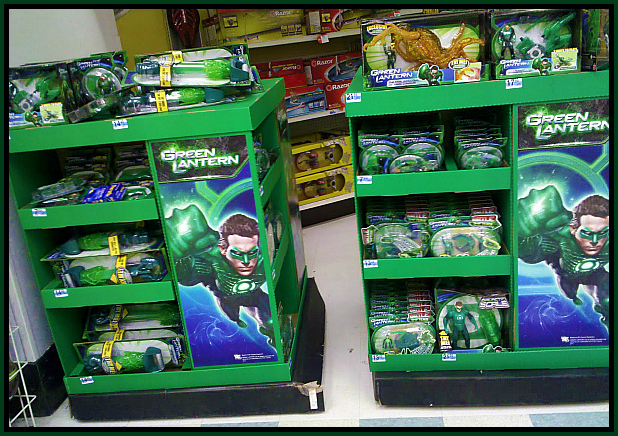 Star Wars figures remain a popular mainstay of the action figure aisle, but were nearly pushed into retail extinction by the unending tide of Episode One merchandise that flooded toy stores from 1999 on. Hasbro actually issued an apology for how badly the Episode 1 wave peg-warmed. Sure, we’re getting the 6″ Black Series today — but never forget, friends. Never forget. 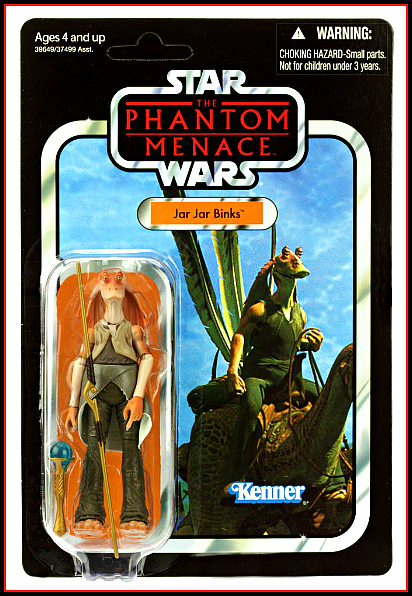 The dust hasn’t cleared as far as DC Universe Classics is concerned. A rag-tag group of Captain Cold and Cyborg figures lived at my local Target for years — it was like they were part of the Occupy movement or something. I’m still seeing waves 17 and 18 at retail and that may ultimately settle the matter — it seems like there are enough unwanted Samuri and Orange Lantern Luthor figures to populate a planet. While a lot of the contenders have finally dropped out of the race, there are a hardcore few hanging in there. Super Powers Steppenwolf is still seen in surprisingly high numbers. Power Girl also can’t seem to get a date, with a nearby Wal-Mart having at least 20 at last count. 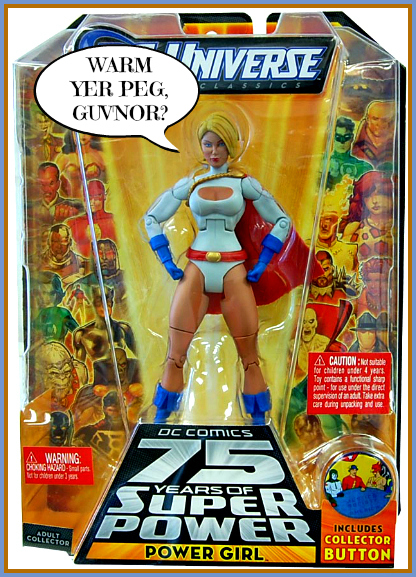 Marvel Legends started off with a serious peg-warmer in the form of The Toad. His inclusion in the inaugural wave of Legends was a puzzling one — he was the wrong scale, featured significant stylistic differences in paint and sculpt, and only had 11 lousy points of articulation. A leftover from an unreleased X-Men sub-line, Toad was actually slotted into the first wave at the last minute because of production issues with Doctor Doom (who arrived shortly after in wave 2.) The figure was grossly out of proportion and stayed on the pegs long after the other figures had sold. During the lull between waves one and two old Toad was all you could find — now finding one for your shelf will cost you a damn sight more than the $7.99 he retailed for. 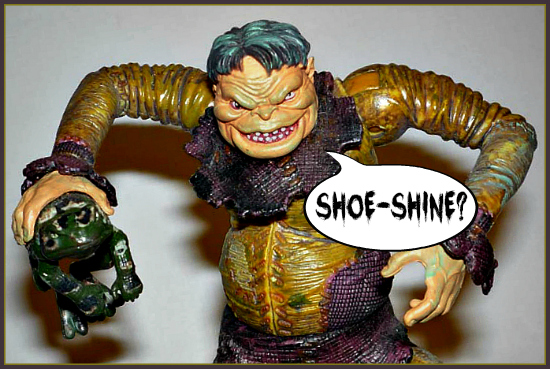 KB Toys is famous for being one of the last “good” toy stores. If you were around for it’s glory days, you probably remember the “3 for $10″ bins chock full of Toy Biz 5” figures. These were actually produced for the chain by Toy Biz, who knew how to wring every penny out of a steel mold. The dump bins were a source of endless entertainment, featuring figures culled from nearly every line Toy Biz had produced up to that point — you simply never knew who you were going to find. It was a great place to pick up Iron Man variants, Spider-Man villains, or the handful of mutants you missed from the X-Men line. Constantly refreshing the bins kept different figures in rotation, but eventually you ended up with lots of  Emplate, Phalanx, Bonebreaker, and Penance figures. 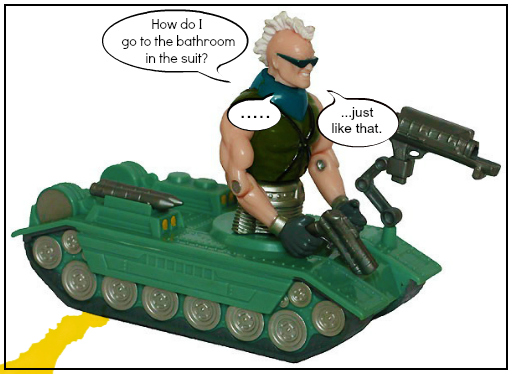 Lets finish this article with a funny little story from Fwoosher Devitciiu, as it pretty much sums it up:  At one point, Toys R Us tried to turn this Lex Luthor figure into an impulse item by putting it beside the cashier with a bunch of candy at the low low price of 25 cents. It still didn’t sell. I once gave a friend a quarter and he opted for a gum ball over punch to the head Lex. 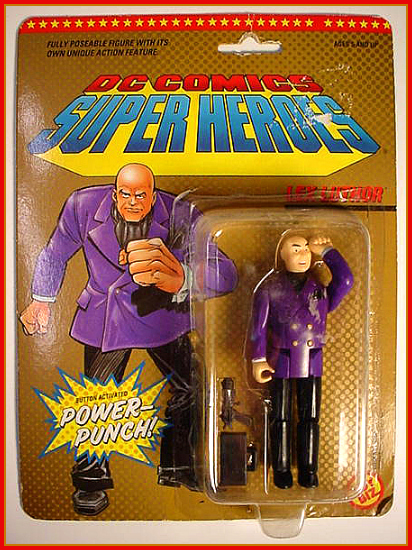 Thanks to everyone who made suggestions for this article!