In this new weekly column, THE MAN IN THE ANT HILL makes the case for lame comic characters to be made into action figures. He’s rarely successful, but it sure is funny to watch him try! Take it away TMITAH! 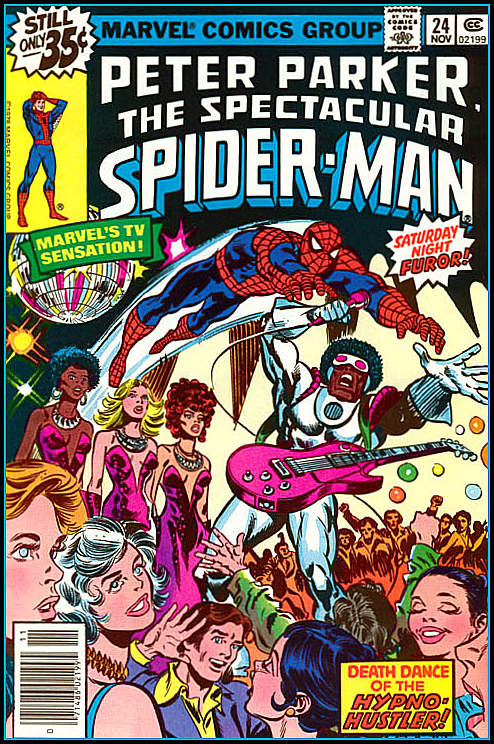 Let’s face it — if  you’re a trend-based comic book character, your odds of being a Mort are pretty high. The popularity of skateboarding lead to the creation of Rocket Racer, hippies are the reason we have Angar the Screamer, and the glue-sniffing craze resulted in this asshat: 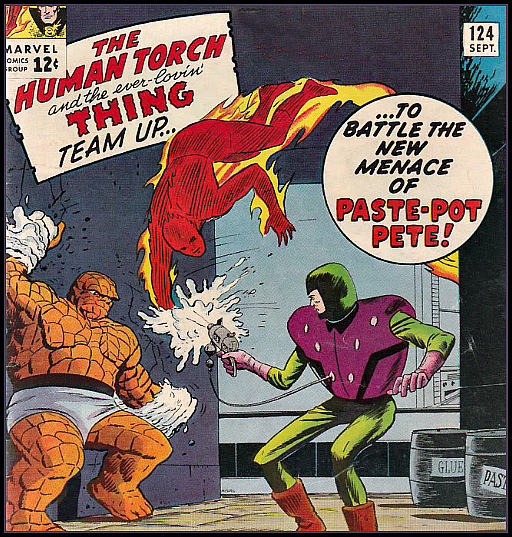 That’s the thing about trends — inevitably, the cool and hip “new” thing ends up on the cultural trash-pile, tossed aside in eager anticipation of the next momentary diversion. Sure, as a publisher you might sell a few comic books in the process, but only at the expense of bringing a new Mort into the world. People will get the joke but you are now responsible for Gangnam-Style Man.  Do you want to have to live with that?

Occasionally a Mort will go on to transcend their shtick and develop a fan base and some degree of respect. Heck, Dazzler was a Mort once. Don’t believe me? Look at her high-school photo! She shows us it is possible to beat the odds, but nine out of ten times you’re just going to end up like… 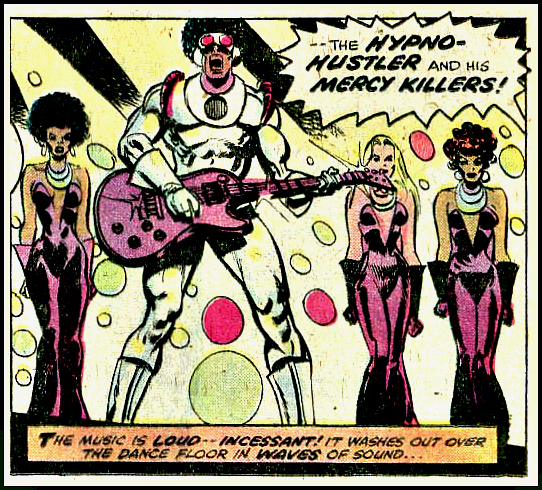 Antoine Desloin is your archetypal Marvel character — a near genius-level intellect but still stupid enough to think a career in super villainy is a good idea. His racket? Stealing money from people using the power of his hypnotic music, a clear and deliberate misuse of the funk. Unfortunately for him, his debut performance is attended by none other than Peter Parker, taking a much-needed break from wheatcakes and cleaning Aunt May’s bedpan. 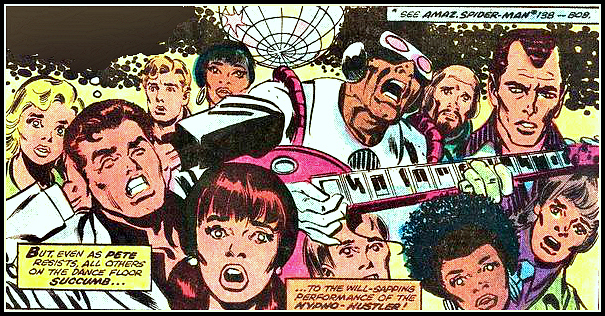 I sympathize with ya, Pete. I have the same reaction every time I hear Coldplay.

TMITAH — Yeah. Why, are they good now or something?

Ed. – Er, no. It’s just, between that and the Aunt May’s bedpan comment, you may have lost a few people.

TMITAH — Damn. I knew I should have gone with Chondu the Mystic…)

Hypno Hustler begins to pull his heist but Peter, now dressed as Spider-Man, swings into action. Since he’s apparently new to the whole superhero thing, Spidey underestimates his spandex-clad foe and gets clobbered. Silly Spidey, you can’t fight the funk! 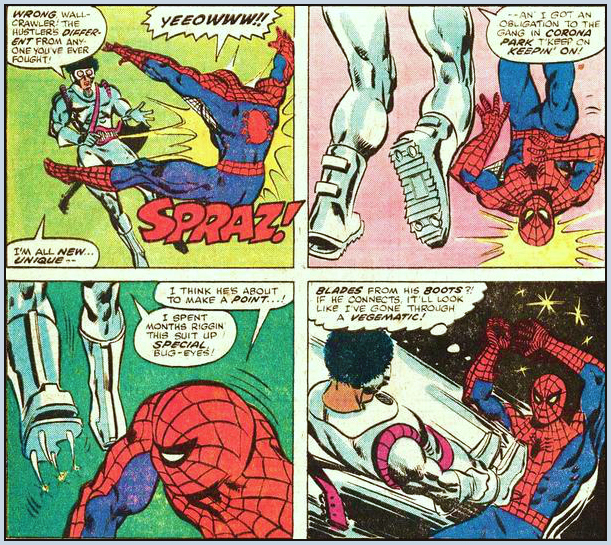 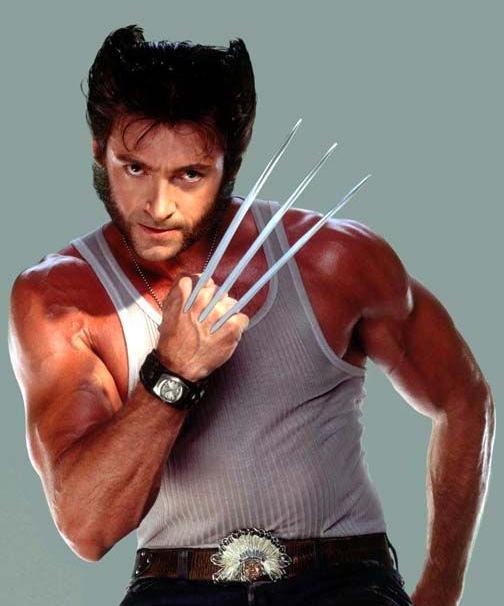 Spidey eventually gets it into gear and figures out the source of the foe’s powers. Web-head yanks off the Hustler’s giant earmuffs, exposing him to the hypnotic music and leaving the villain and his backup singers incapacitated. 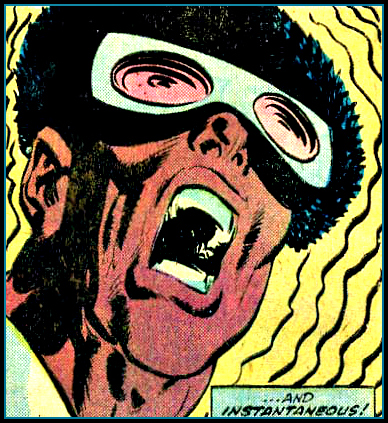 Hypno-Hustler was created by writer Bill Mantlo and artist Frank Springer. The character is wonderfully off-the-wall in the Mighty Marvel manner and should have been more than a one-hit wonder, but instead he dropped off the charts. Perhaps his defining moment came in Spider-Man: Reign #3, when he returned for one last encore. 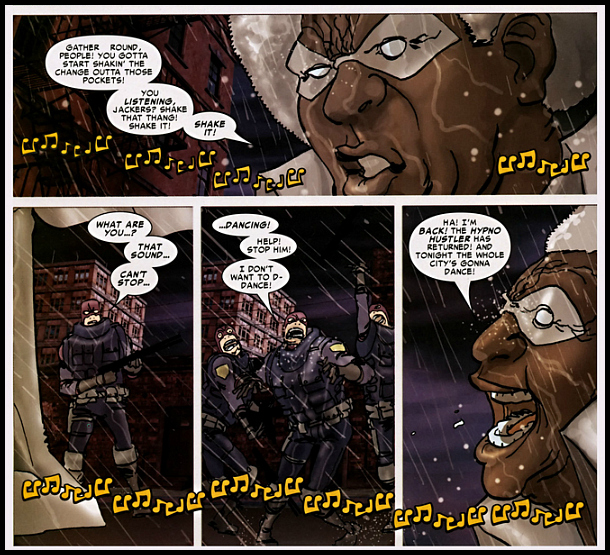 As I’ve said in previous columns, even the biggest Mort can be effective in the hands of a good story-teller. Not that I’m knocking Mantlo — the character was his creation — but in Reign Hypno-Hustler achieves his full potential, coming into his own after a lifetime of mediocrity. By helping the aged Spider-Man avoid the police he redeems himself in the eyes of both Spidey and the reader. In the same moment the character ceases to be selfish, he also no longer exists to exploit an idea — he now represents it in it’s purest form. Like the cosmic weirdness of a Parliament Funkadelic album, it is his will that we dance and no one can resist. It’s a perfect scene and a glittering reminder of a time when Marvel could truly be called the House of Ideas, even if they weren’t always good ones.

Hypno-Hustler would make a great action figure. He has a sharp and distinctive look and a killer accessory, to boot — Marvel Legends needs more guitar-playing supervillains! But why listen to me blather when I can make with the goods, courtesy of our very own Ibentmyman-thing! 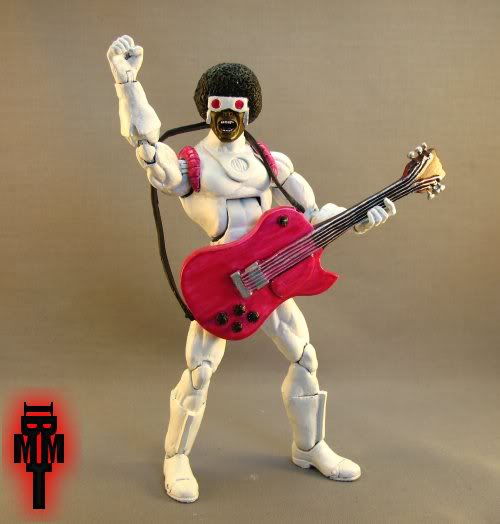 Benty was clearly feelin’ the funk when he created this freaky custom. He nailed all of the little details, from the amplification devices on the Hustler’s chest and belt to the stylin’ ridges on his boots. He even scratch-built the guitar! 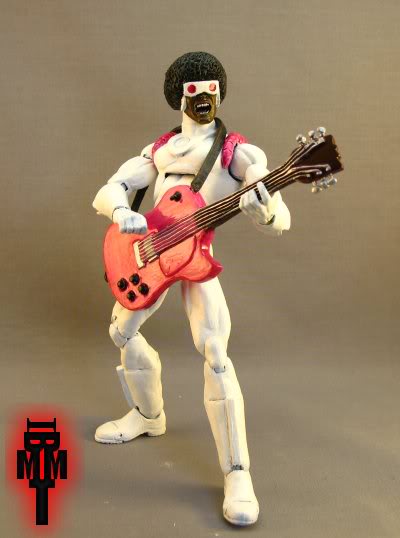 Hypno-Hustler can pull off some pretty convincing rock-star poses, so he’d look great on the toy shelf. He’s just the right combination of cool and absurd, retro nostalgia meeting today’s clean design aesthetic. Hey, if Klaw was good enough for Marvel Legends, then Hypno-Hustler certainly is! 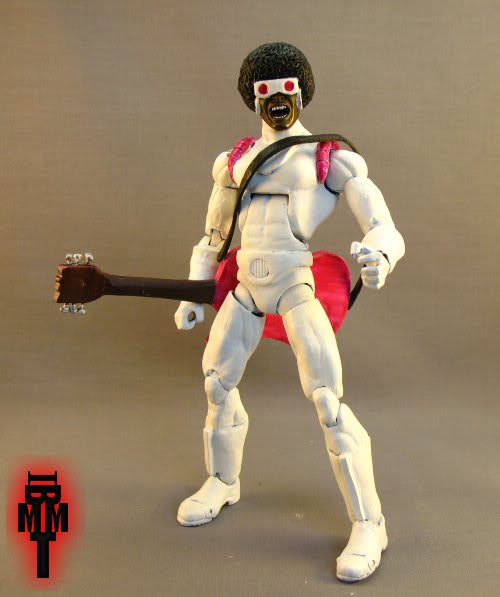 So how about it, Hasbro? MAKE MY MORT!

Thanks to Ibentmyman-thing for letting us use pics of his funkalicious custom! Check out more of Benty’s mind-bending stuff here: http://thefwoosh.com/forum/viewtopic.php?f=9&t=24971&start=2085

While researching this article I discovered that Hypno-Hustler creator and long-time comics pro Bill Mantlo has suffered some significant setbacks in his life. We here at The Fwoosh wish him all the best and thank him for the years of enjoyment he has provided. To learn more about how you can help Bill follow this link: https://www.facebook.com/BillMantloProject