The Transformers Masterpiece line by Takara and Hasbro is often considered the crème de la crème of Transformers toys. This is a collector-oriented line with highly detailed and highly articulated figures that make for outstanding display pieces as well as awesome action figures. The focus of the line has been the reproduction of beloved Transformers characters as they were presented in the original, classic G1 cartoon, and it’s these characters and figures that Takara and Hasbro have been selling like crazy, especially lately. The original G1 toys were often not even close in appearance to what we were seeing on TV each afternoon in 1984, so to finally get legitimate Transformers figures that are so faithful to their on-screen counterparts has been a real dream come true, making this a great time to be a Transformers collector.

While the G1 cartoon is perhaps the most widely remembered piece of Transformers media, it is not necessarily the most fondly remembered, however. Given that Transformers, as a property, is celebrating its 30th anniversary next year, the line has seen several incarnations over the decades, and several of these incarnations are just as legitimate as G1 in the eyes of fans, some even more so. If G1 can get figures as good as the Masterpiece offerings, would it be too much to ask to open up the Masterpiece parameters to include more than just characters from the G1 cartoon? If it is, then here is another golden opportunity for a third-party team to step in and deliver (Fans Toys? I’m looking right at you). Either way, it would be awesome to have the opportunity to get some key non-G1 cartoon characters in a line as well-produced as the Masterpiece line.

What I’ve put together here is a list of five characters that existed outside of the G1 cartoon that are ripe for the Masterpiece treatment: 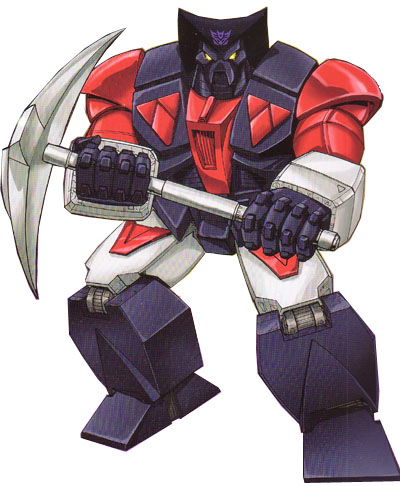 Straxus is a longshot, and I know I’m dreaming with this one, but I have to include him. He was one of the main Decepticon bad guys in the Marvel G1 comic book, but despite that, it took us more than two decades to get a Straxus figure in any form — and then Hasbro named him “Darkmount.” That’s like calling President Obama “White House,” but whatever, at least we got one. He’s a G1 character, yes, but he never appeared in the cartoon, which means there are a lot of fans who are unaware of the character’s significance – that’s what he’s really got going against him. What makes him a viable option is many fans consider the Marvel comic to be the definitive G1 story, as opposed to the cartoon, so he’s a must to fill out the Decepticon ranks, and with Megatron currently MIA in the new Masterpiece scale, the ‘Cons need someone to lead them besides Starscream. Straxus would also be the key character to represent the Marvel comic in the Masterpiece line because in many ways he was a “comic-exclusive” character. Plus, he just looks cool; he’s got an ax and he transforms into a giant space cannon — there is nothing here to not love. 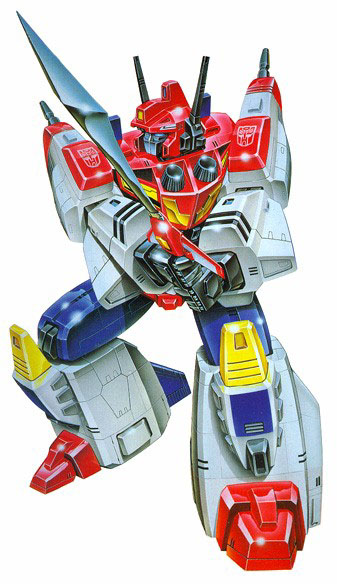 This is another character that exists in G1 continuity, but he was never a part of the original G1 cartoon, so he has never enjoyed the popularity of, say, Jazz or Prowl. He appeared in the Japanese-only Transformers series Victory that was sort of a continuation of the G1 story and continuity. Star Saber here is the Supreme Commander of the Autobots and the head of the Interplanetary Galactic Defense Force, so he’s kind of a big deal. Like Optimus Prime, Star Saber is a paragon of virtue and everything we’ve been taught a true “hero” should be: selfless, brave, powerful, honest, etc. Basically, Star Saber is everything Optimus Prime is/was and then some. He’s a cool-looking character with a distinct “Japanese” feel to him that could attract fans of the Power Rangers or Gundam to the line if Hasbro ever saw fit to give us a Masterpiece figure. And, if the figure were done right, he could help introduce a new audience to the Japanese Transformers cartoons, which wouldn’t be a bad thing. There’s so much more to Transformers than the G1 cartoon and the Bay movies, and Star Saber could be a nice step in broadening some people’s horizons. 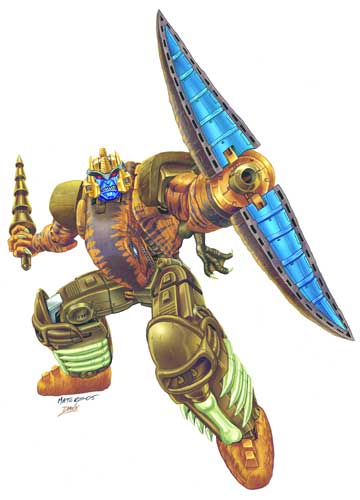 Any Beast Wars fan will tell you that the Beast Wars TV show is the best piece of Transformers fiction produced for the screen yet, and many of them would also agree that one of the best episodes from that wonderful series was “The Code of Hero,” the episode where Dinobot takes on the Predacons single-handedly in order to save a group of primitive humans from extinction at the hands of Megatron, ensuring that Spike, Sparkplug, Carly, etc. would later exist to eventually help Optimus Prime and the Autobots defeat the Decepticons. Dinobot proved that he should be counted among the most important characters in the Transformers franchise, so a Masterpiece figure would be a worthy tribute to him. Plus, dinosaurs are often a sure-fire sales generator, and Dinobot transforms into a freakin’ velociraptor, so he has a lot going for him besides just being awesome. 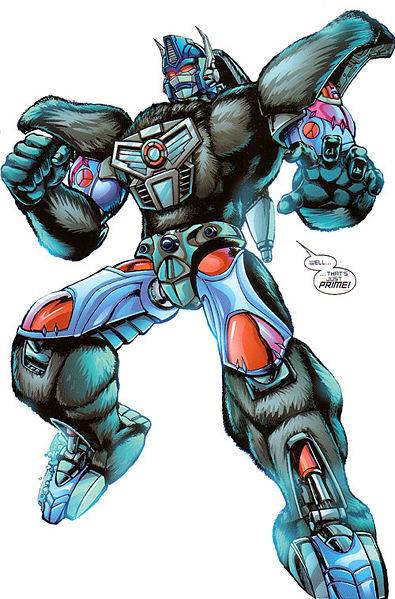 Even though Optimus Primal is not Optimus Prime, despite the similar name, he served a similar role on the Beast Wars show and demonstrated all the same classic heroic qualities that made Optimus Prime a household name. Plus, he transforms into a gorilla! What kid doesn’t love monkeys? No kid I want to know, that’s for sure. His namesake alone would probably cause him to fly off shelves at Toys R Us, which then could make him a good acid test to see if Masterpiece Beast Wars figures would be a viable retail option for Hasbro/Takara, and if there’s one thing Beast Wars fans want, it’s Masterpiece Beast Wars figures. The demand is there, so we just need Hasbro to give it a shot. Optimus Primal would be a perfect start. 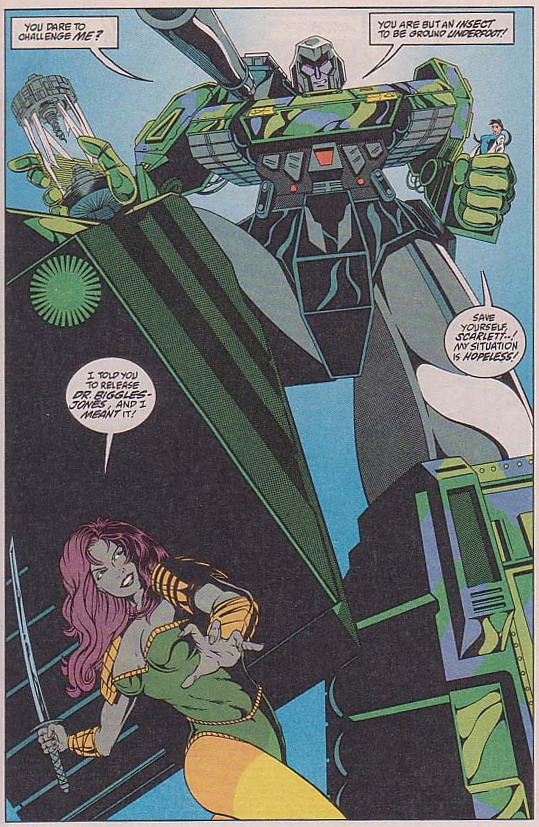 The new Masterpiece scale needs a Megatron, and it’s doubtful we’re ever going to see another Megatron that transforms into a Walther-P38 like he did on the G1 cartoon and in the Marvel comic. Did I say it’s “doubtful”? I meant to say it’s never going to freaking happen again, at least not in the US. Galvatron, should we ever get him, could serve as de facto leader of the Decepticons, but there’s really no substitute for Megatron. His G2 design is a bit of a departure from what G1 fans are used to, but his alt mode is a tank, and Hasbro/Takara seem to love tanks, so it makes sense. The hard part would be convincing the casual fan that Megatron transforms into something other than a pistol to be wielded by Soundwave, but both Michael Bay and Transformers Prime seem to have succeeded in this, so we may actually be at a point where people aren’t expecting Megatron to transform into a gun, and if that’s the case, then bring on G2 Megatron. Give him a G1 deco as an option/exclusive, and many people will be happy.

There are lots of characters worthy of the Masterpiece treatment that we may never see if the strict adherence to characters from the G1 cartoon maintains. I’d almost wish a sister line would evolve that could satisfy the demand for Masterpiece Beast Wars, G2, Victory, etc.

Have a list of your own? Think this list is lacking? Let us know by commenting below and discussing your ideas on the Fwoosh forums!