Recently, Moneycon gave us a quick First Look at Quakewave to whet the appetite of all of us poor suckers who didn’t get in on the first batch of this amazing figure. 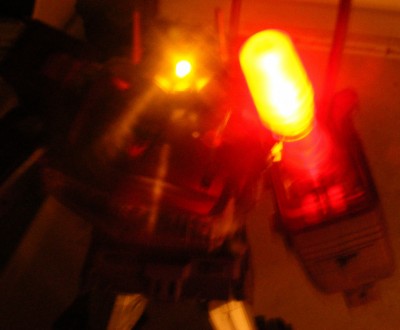 Well, the long boat ride finally came to an end, and I have one of these boys to call my very own!

If you didn’t get the impression from the First Look, this thing is one helluva production.  The scale, the detailing, even the sheer weight of him screams “official.”  Built obviously very lovingly, and built like a tank, Quakewave demonstrates just what a thin line it has truly become between Hasbro/Takara and third-party figures. 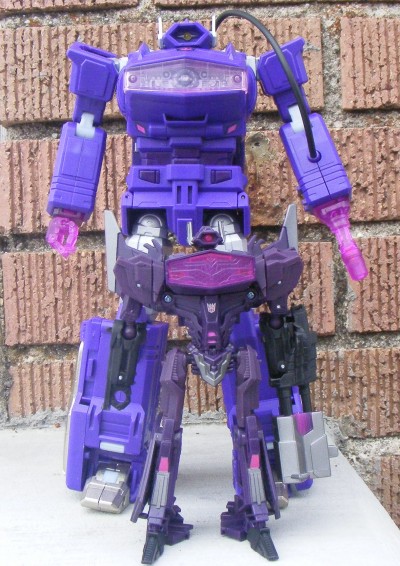 Now, I’m not going to deny that his astro-magnum hand cannon mode is pretty damn cool, but I think it’s been sufficiently covered. Besides, for me, this thing is all about the robot mode: two separate LED features, tons of useful articulation, and a striking bold purple color scheme make this a veritable suite of badass Decepticon features. He cuts one helluva imposing figure.

And that’s one of the things that always made Shockwave so cool.  It certainly wasn’t his personality in the cartoon — the guy made Soundwave feel deep — but he certainly had a presence about him.  Sure, that presence was diminished when Brawn or the fem-bots or Carly and Spike would stroll through headquarters and make him look like a moron, but at least he was a cool-looking moron. 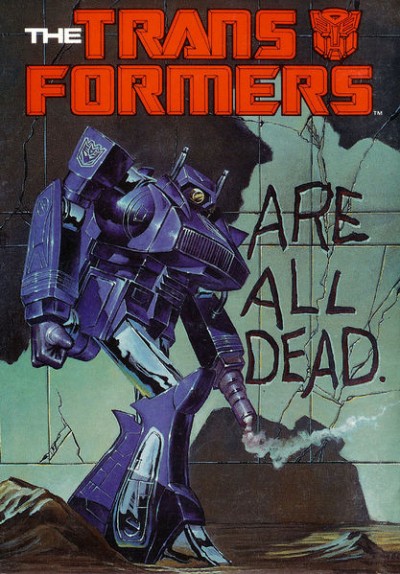 Now comic Shockwave?  Whole different story.  I didn’t read a whole lot of the Marvel comic as a kid, but don’t try and act like this cover didn’t send chills down your spine. Inside the book, he fared just as well.  He was the Transformers version of evil Spock — smart, calculating, surprisingly ambitious, and stone cold.  You got the impression that sure, Megatron trusted Shockwave… right until he didn’t. But, then again, who wasn’t trying to scheme leadership in the comics? Ratbat was leader for a bit, fer hellsakes. 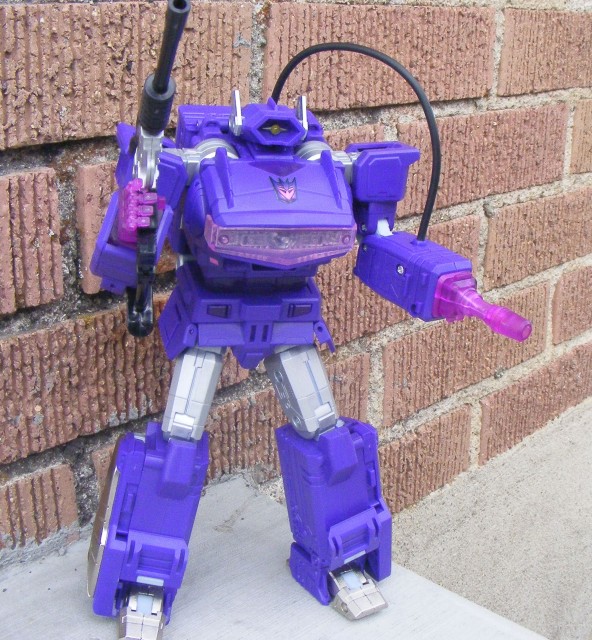 The modern-era IDW comics have taken that same level of cool and kicked it up another five notches especially with a spoileriffic backstory, and his serving as the Decepticon “Angel of Death” in Fall of Cybertron have done much to elevate him to must-have status.  One thing both of those sagas have done is they’ve taken the little fight that Shockwave had with the Dinobots in the Marvel comics and turned it into something… biblical. 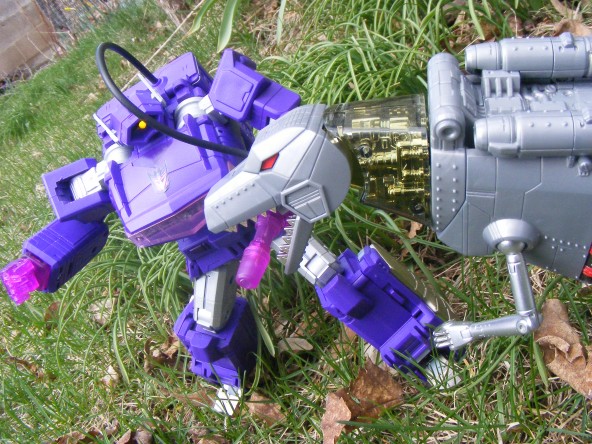 So, naturally, my biggest concern was how well he would square off with Grimlock.  And I’m very pleased with the results.  In toy terms, the original G1 Shockwave (as well as the Shackwave I had as a kid) was pretty massive compared to most of his contemporaries. So scaling him to some kind of happy medium between toy/cartoon/comic/Masterpiece was no doubt a nightmare, but I think he’s plenty big and imposing to make an excellent foil to MP Grimlock.  Also, as some of you may have noted elsewhere, it’s possible to “mis-transform” his torso section to scrunch him down an extra half-inch.  If only MP-10 had that feature, me and Indy could stop sleeping so restlessly at night… that doesn’t sound right… but it feels right…. 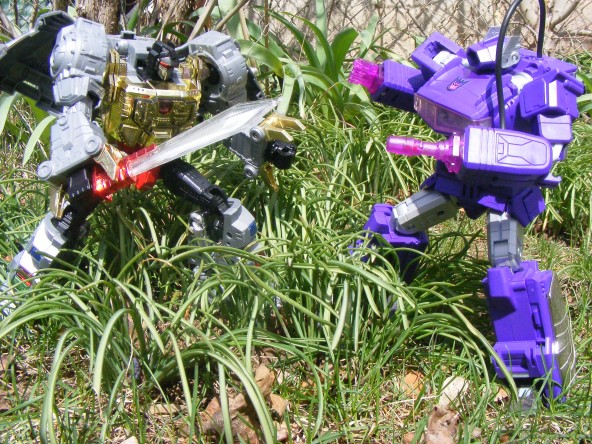 Also, as a nice bonus, FansToys offered a second set of opaque (more cartoon accurate) hand and cannon that can be added to him to settle further OCD.  Unfortunately, mine didn’t ship with them, but FansToys has been kind enough to send them out on request. 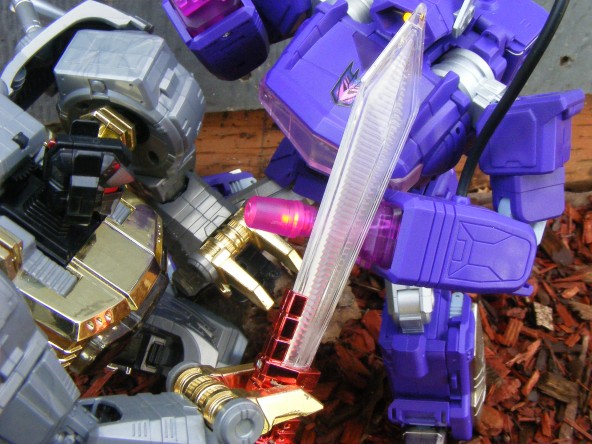 I don’t say this lightly, but this figure is easily one of the best third-party releases seen so far.  And that’s following a year of just plain amazing third-party figures.  If you are collecting the Masterpiece scale, you NEED this guy.  And FansToys is definitely a company to watch from here on out. 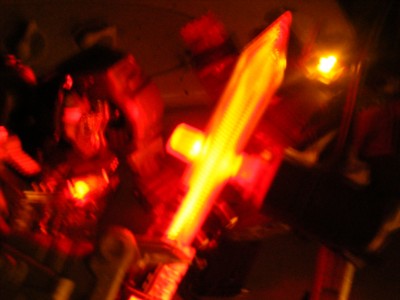