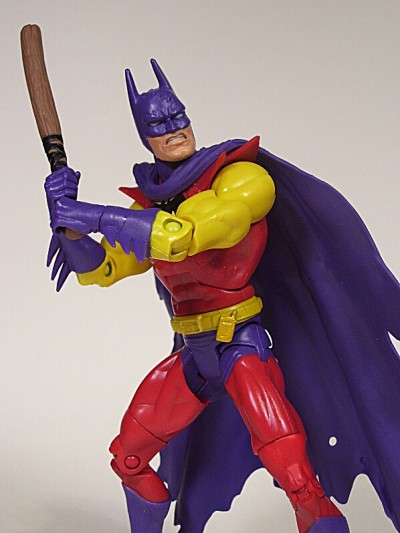 Wow. Planet-X Batman, or better known (to me at least) as the Batman of Zur-En-Arrh. Such an oddball choice for an action figure, at regular retail no less. When this figure was announced out of the blue, I knew I would have to hunt him down. Admittedly, I am mostly unfamiliar with his classic appearance, but being used by Grant Morrison and appearing on the Brave and the Bold animated series put him on my radar. 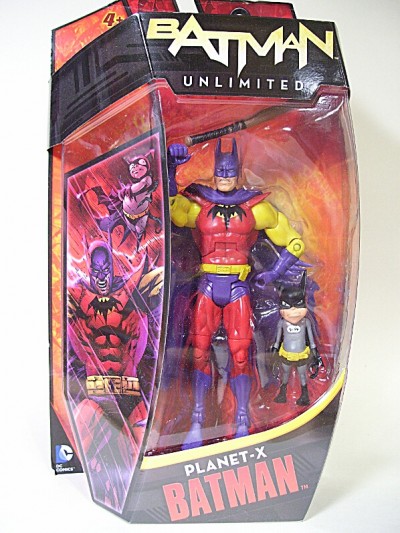 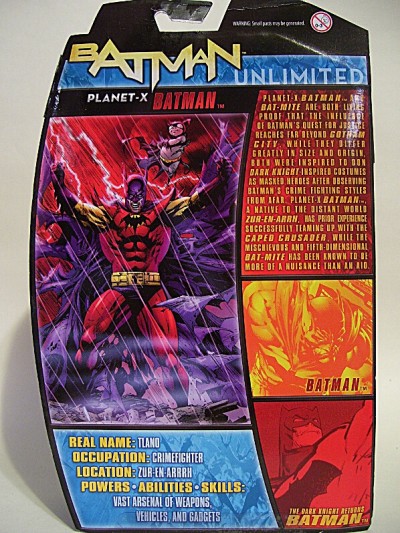 The packaging is standard Unlimited fare. Great picture usage, showing both Batman and Bat-Mite (or “Might” as he was called in the Morrison story) even though the bio is about the Silver Age Planet-X Batman. A bit confusing but expected at this point. 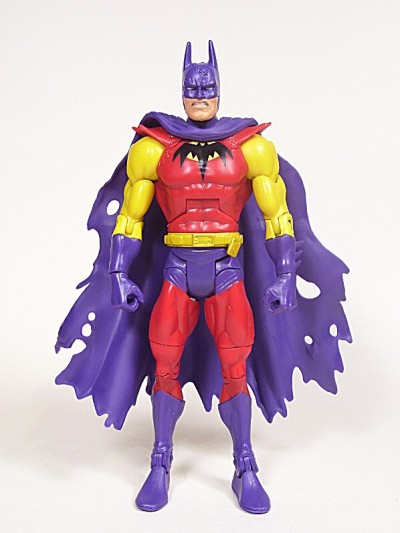 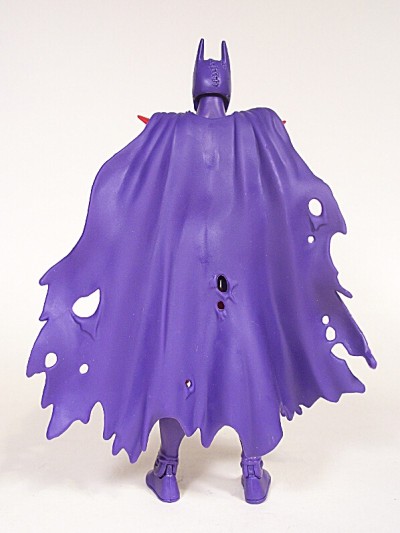 The figure itself is your basic DCUC figure, with new upper torso, belt, head and cape. The stitches on the chest add some flare and works much better than if they had just been painted. Same goes for the shoulder pads — being sculpted on instead of just extra pieces tacked on is awesome. What I’m saying is, I’m glad Mattel didn’t cheap out on the little details in this case. The flip side to that is it’s weird that it happened because I don’t see any reuse coming from this particular mold. The chest also seems to be smaller compared to other Batmans. The cape is nicely sculpted with tears and holes and looks great. Me being me, I’d like to see it in brown and placed on a certain cat themed anti-hero, though. C’mon, just to see what it would look like! 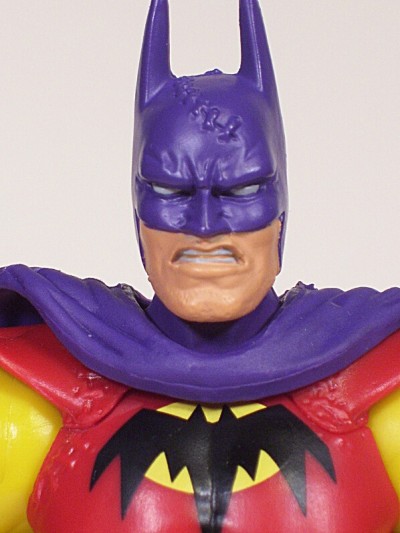 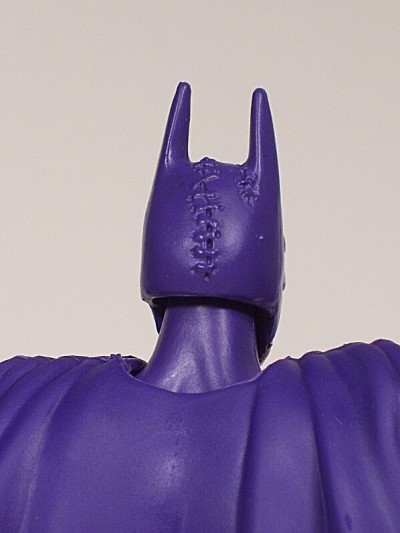 The head is an all-new sculpt and larger than most Batman’s we’ve received. It has the stitching detail as well, nicely matching the stitching on the torso. The cowl ears are a bit large and tall, but that might just be my personal bias. Tall should mean thin and short should mean thick. In my own brain. I’m not a big fan of open or even semi-open mouths, but it matches the reference art and looks nice for what it is. 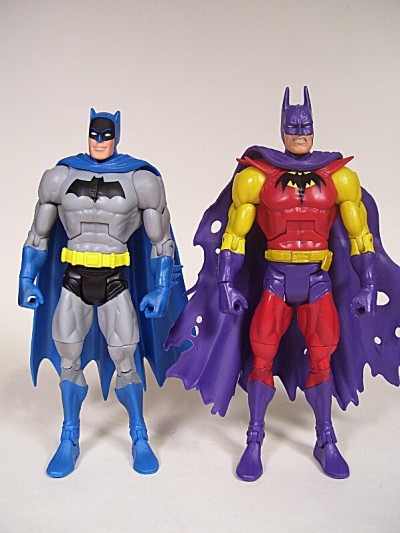 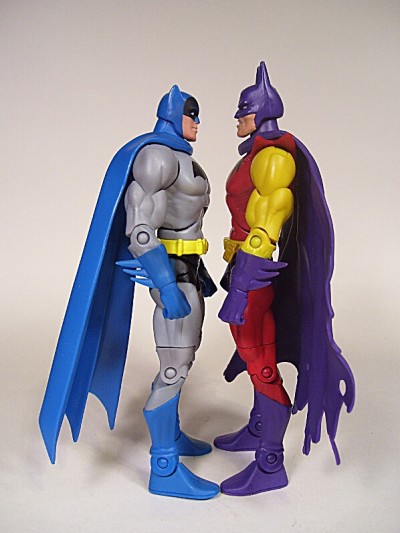 Paint is fairly well done with only a little bleed around the cowl where it meets flesh. Most of the parts are cast in the correct colors and those that aren’t have paint apps that match well. At least better than other Batmans with the mismatched grays and such. 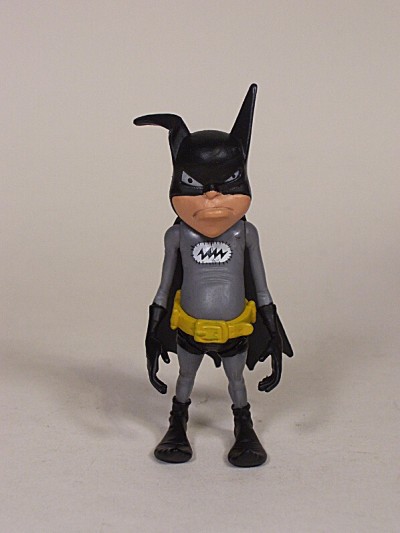 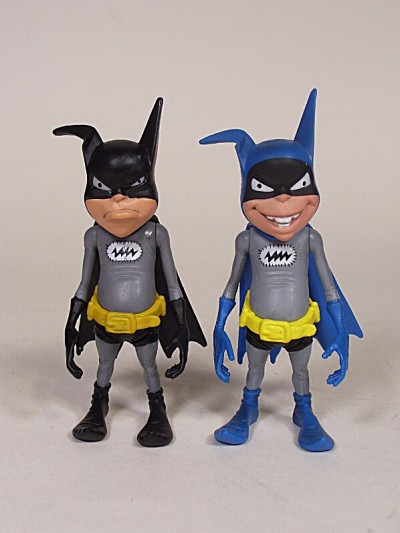 Accessory-wise, Planet-X Batman come with a baseball bat and Bat-Mite. Bat-Mite reuses most of the parts from the first Bat-Mite except for a resculpted face. While it’s a nice sculpt, I still prefer the first version, who represents the goofy, playful Bat-Mite I picture. But, this newer version will stay beside Zur-En-Arrh as Might. A place for both of them on my shelf! 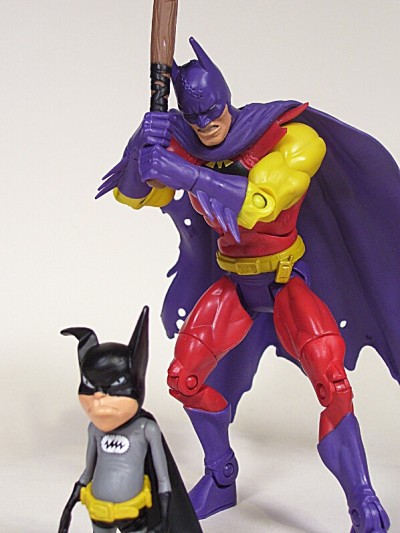 The bat is a soft rubbery plastic, which at first disappointed me. It was bent right out the package. But to my surprise the flexibility allowed Bats to carry it two-handed! Now I don’t know if other character can do this feat with other weapons as I’ve never given it much thought and really just assumed they couldn’t, but it adds a whole other dimension for me. He can actually look like he’s realistically swinging the bat. This opened up all kinds of display options. I’m a vanilla poser, but this simple little thing added to the wacky concept of the character and design… man, he’s going to plaguing other figures in my collection for years to come. Plus, I think I just found a nemesis for the few figures I don’t care about. 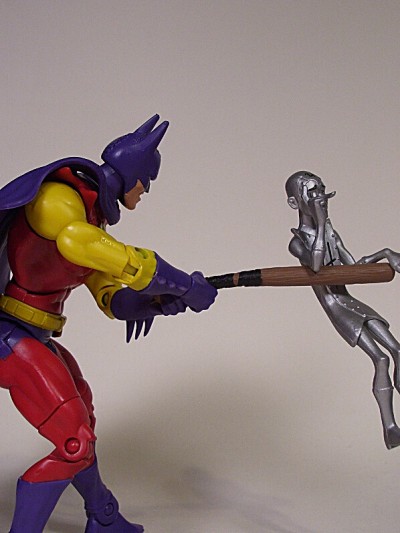 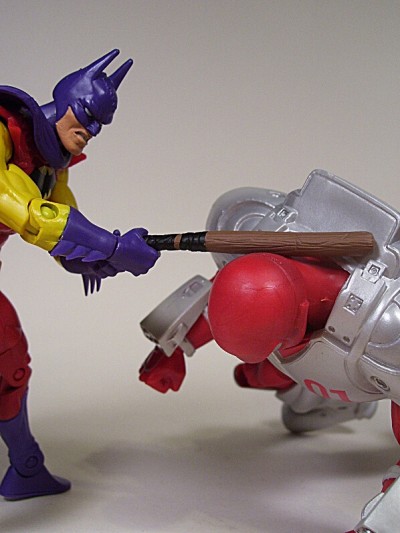 I picked mine up on Amazon during the brief window he was available for under $20, but I hear he’s hitting Targets along with DKR Batman and others.

Discuss in the forums!