Y’know, I think I mutter the words “focus on Masterpiece” every time before I bring home another Classics/Generations toy.

Fall of Cybertron Grimlock’s major downfall is that he exists in the same world as MP-08 (Masterpiece Grimlock), really.  He’s a great looking design from an excellent game, and on his worst day he’s at least a satisfactory adaptation of that version of Grimlock.  And really, it’s Grimlock.  How do you say no? 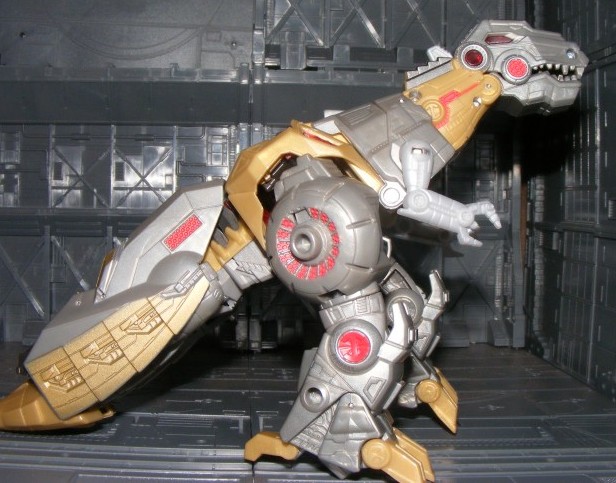 Well, if you needed a reason, this beast mode is probably the one you’d use.  It’s not bad looking on the outset. Where the Masterpiece is absolutely G1 T-Rex, and the Classics takes on a more modern Horner T-Rex approach, Generations apparently went for Truckasaurus.  Nothing wrong with that, but there are just some angles that this guy loses appeal. 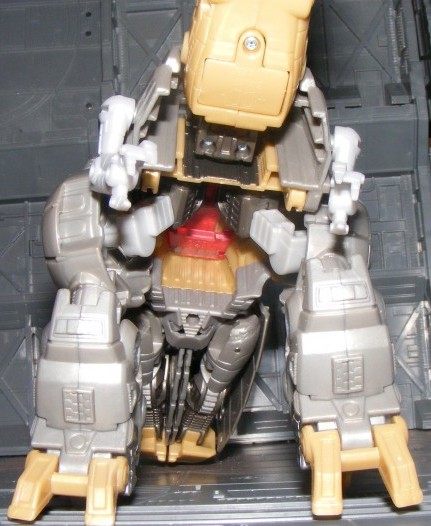 … like this one.  In the interest of keeping it simple, he doesn’t have the usual chest-becomes-belly part of the transformation, leaving him a rather hollow dino. The poseability suffers as well, with its unusual trick of tucking the legs into the torso, and again, it does little to fill all that dead space.  If there had been a way to, say, fold the sword and shield into this cavity or something, it would’ve helped here. 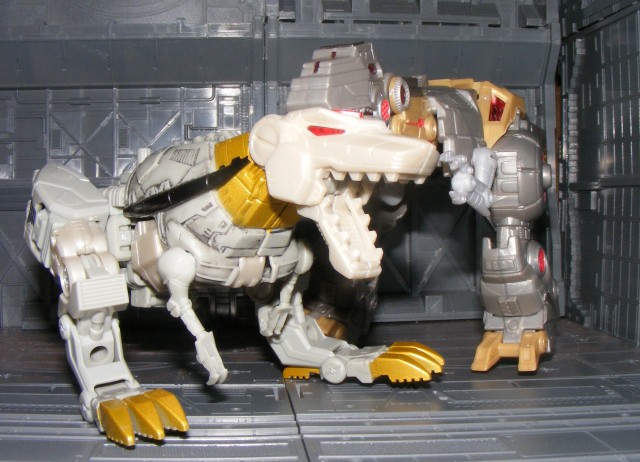 Still, he is definitely bigger and more intimidating than the 2006 Classics version. 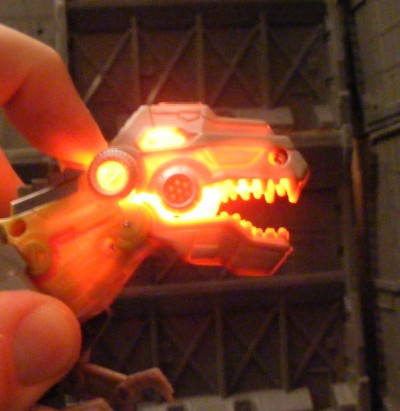 And the light up feature is pretty damn cool. 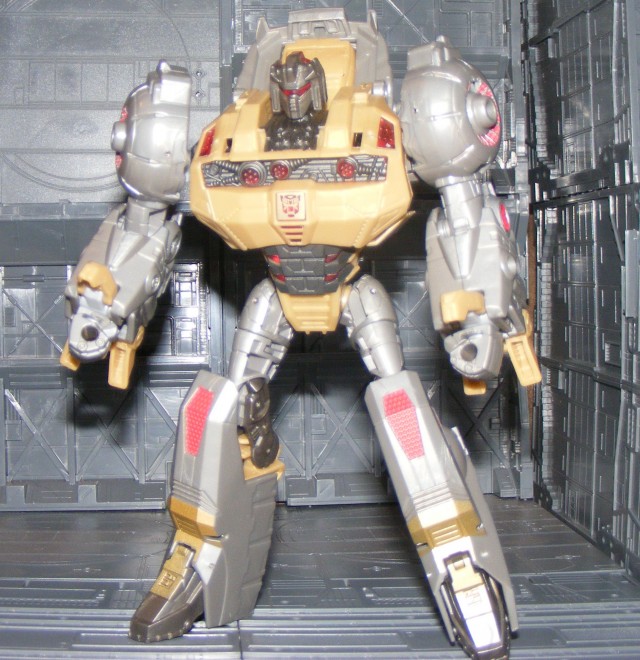 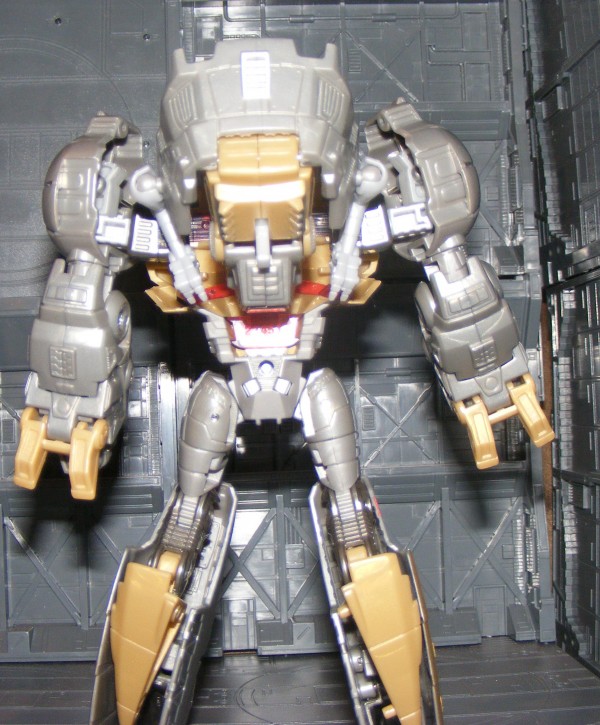 The bot mode does better, but that hollowness is still part of the deal.  Still, he has good proportions, some very nice detailing, and absolutely captures the game model. 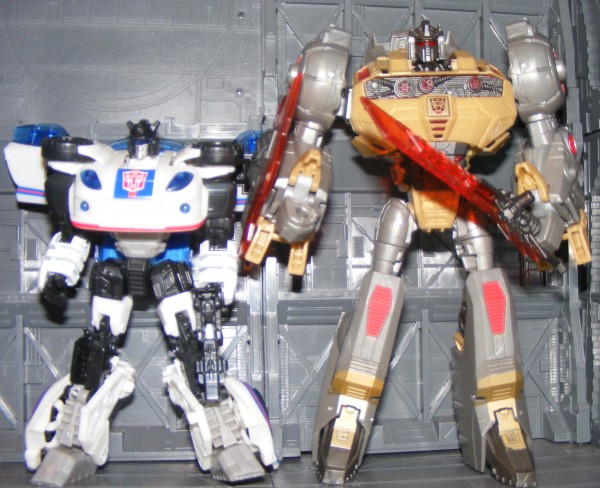 He scales really well with Classics figures in particular. In fact, were it anybody other than Grimlock, you could probably fudge him in with a Masterpiece collection as well. 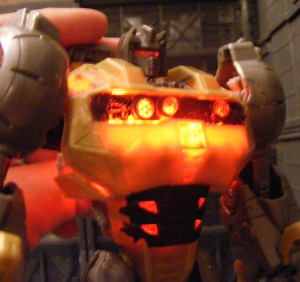 The light-up feature has a kinda cool effect in this mode, too.

All in all, I think he’s a pretty good buy for around $20, but nowhere near what he was getting earlier this year.  If you’re looking for an upgrade to the wimpy Classics one, this one will do fine. 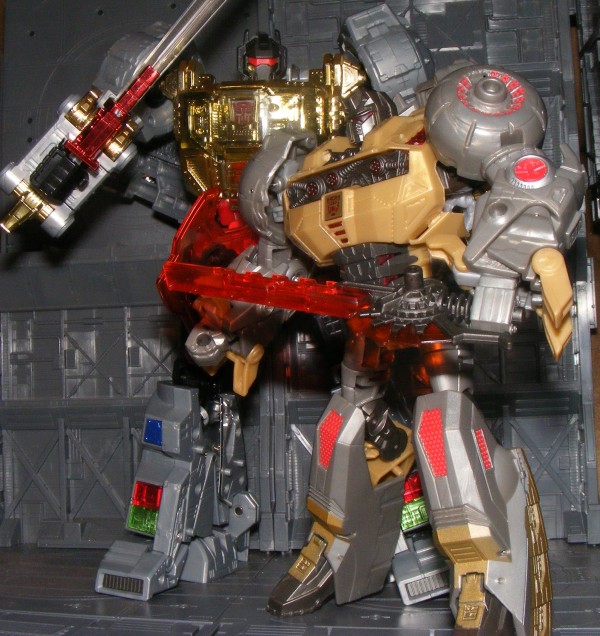 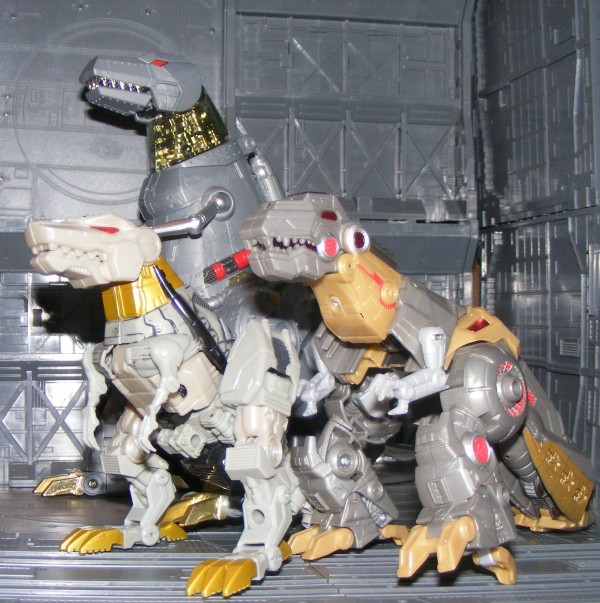