We are now less than three months away from the release of the The Hobbit: An Unexpected Journey and I can tell you that has been my most anticipated movie for several years now, I simply cannot wait. However, to help bide my time, The Bridge Direct is about to unleash a deluge of action figures to help support the movie and we have all of the latest details for you.

From The Bridge Direct:

The Bridge Direct Unveils Action Figures and Role Play Toys Inspired by The Hobbit: An Unexpected Journey,Creating Excitement for the Film’s December 14 Release

Boca Raton, FL (September 28, 2012) – Almost a year after Warner Bros. Consumer Products announced that The Bridge Direct was named co-master toy partner for the upcoming The Hobbit Trilogy, the much-anticipated product line has finally made the journey to retail shelves. Beginning on Monday October 1, fans will be able to take home the authentic collection of toys, including 3.75” figures, 6” figures, collector packs and role play accessories, that are inspired by The Hobbit: An Unexpected Journey, the first film in the trilogy, a production of New Line Cinema and Metro-Goldwyn-Mayer Pictures (MGM).

“The Bridge Direct has done a spectacular job of capturing the richly imagined world of Middle-earth in their new toy collection,” said Brad Globe, President, Warner Bros. Consumer Products. “The product line will hit retailer shelves just in time to add to the excitement around the highly anticipated release of The Hobbit: An Unexpected Journey.”

“Our team has been working feverishly to create a collection of products that will exceed the fans’ expectations,” said Jay Foreman, President and CEO of The Bridge.  “It is an honor to work on an epic franchise, and crafting the most authentically detailed products possible was a task we did not take lightly.”

Bringing The Hobbit to life for fans of all ages, the toy collection includes:

3.75” Scale Action Figures – Available in Bilbo Baggins, Gandalf the Grey, Thorin Oakenshield, Grinnah the Goblin and Legolas Greenleaf, these 3.75″ scale action figures contain up to 12 points of articulation and replicate the authentic facial features, clothing, weapons and accessories of the character in painstaking detail. (For Ages 4+, SRP $7.99 each)

3.75” Scale Action Figure 2-Packs – These pairings of 3.75″ scale action figures are available in four styles: Bilbo and Gollum, Balin and Dwalin, Kili and Fili, and Legolas Greenleaf and Tauriel, with both Balin and Tauriel being EXCLUSIVE to the 2-Packs at this scale in this series.  (For Ages 4+, SRP $14.99 each)

3.75” Scale Action Figure Box Set – Join Bilbo, Thorin, Kili, Fili and Dwalin, with this special box set for the avid collector. The set includes 3-5 weapons/accessories for each figure for posing and battling action. (For Ages 4+, SRP $29.99)

3.75” Scale Beast Pack – Every good villain needs a beast to ride into battle, and this 3.75″ scale action figure beast pack has them both with Fimbul the Hunter and his Warg! Featuring authentic detail, these figures are sure to become collector’s items. (For Ages 4+, SRP $19.99)

3.75” Scale Figure Battle Pack – One of the biggest and baddest creatures faces off with a key hero in this 3.75″ scale action figure battle pack featuring the Goblin King and Thorin Oakenshield. Each figure replicates the facial features, clothing, weapons and accessories of the character in authentic detail. (For Ages 4+, SRP $29.99)

6” Scale Collector Figures – Available in Bilbo Baggins, Gandalf the Grey, Thorin Oakenshield, Legolas Greenleaf and Tauriel, these 6″ scale collector figures feature intricate details based on the characters. Each with up to 12 points of articulation and authentic details replicating the character’s facial features, clothing, weapons and accessories, these figures are sure to become coveted pieces of movie memorabilia. (For Ages 4+, SRP $14.99 each)

Several of the items are currently available for pre-sale orders at major online retailers, and the entire collection will be available in both mass and specialty retail chains nationwide come Monday, October 1.  Members of the media will be able to preview The Hobbit inspired toy line today at the annual Time to Play Holiday Showcase in New York City.

Here is hoping we see all of the Dwarves of Thorin and Company across both the 6 and 3.75 inch scale lines! 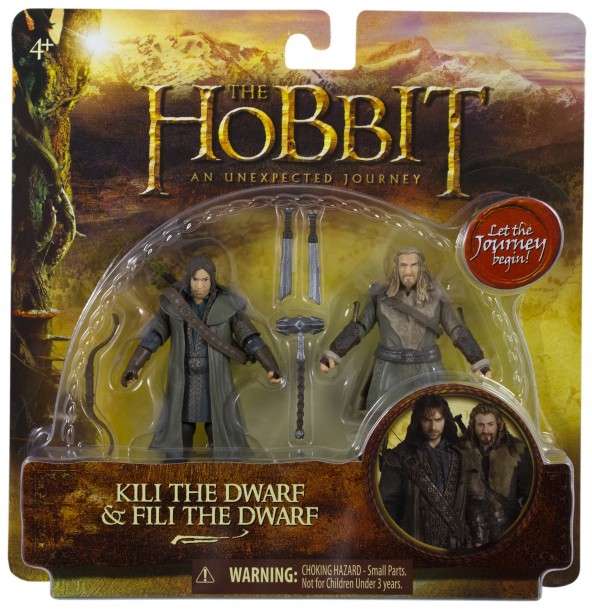 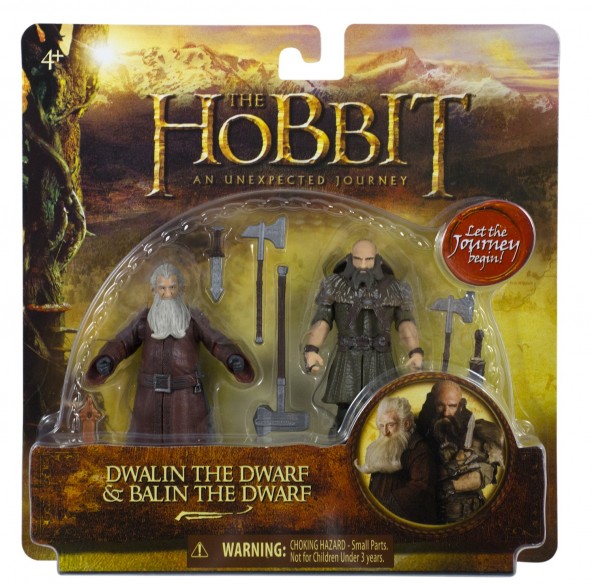