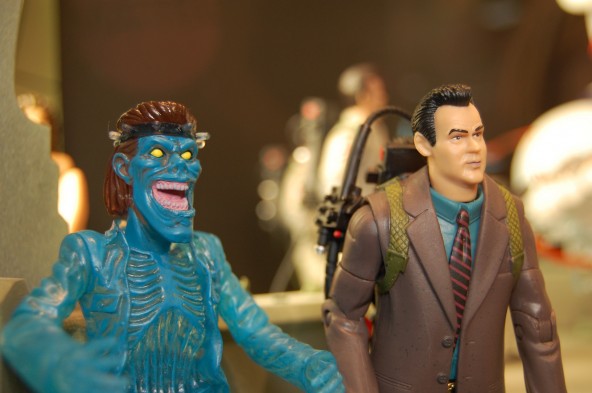 Mattel revealed their final Ghostbusters figure for the year, and while they mentioned they still have plans for the line, it looks to me like it’s over until Ghostbusters 3 finally moves forward.  Click through for more pics of Courtroom Ray, Tony Scoleri, and the upcoming prop ecto goggles.

I’m sad that the Ghostbusters line is ending without Gozer, Janine, and the Terror Dogs, but I am glad they chose to finish off the Scoleri Brothers before signing off.  The Ecto goggles look good, and Mattel mentioned on the panel that they will play images of Slimer flying around and interacting with the PKE meter.  The electronic features are going to require this figure to come out a little later than originally planned and will debut early next year.