INJUSTICE: Toys Among Us?

I don’t think anybody’s making the mistake of thinking that 2012 is going to be anything short of big for DC Comics. So, no big surprise, there is talk of a new DC video game. And also of little surprise, both license holders (DCC and Mattel) have expressed interest (or intention) in making action figures based on the game. So, why should you care? Why do I care, for that matter? Read on…. 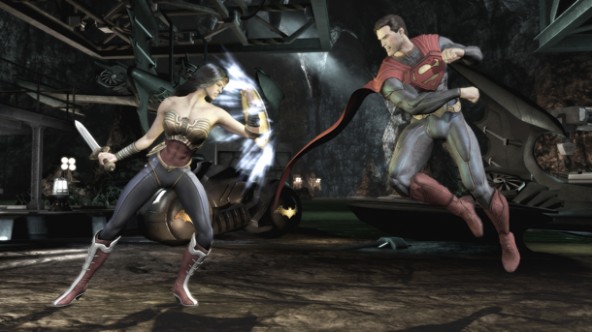 INJUSTICE, for those not yet introduced, is the latest foray into the realm of fighting games featuring DC Comics characters. It’s shaping up to be a sort-of successor to the modestly successful Mortal Kombat vs DC Universe, to the extent of even having the powerhouse team of Ed Boon and co. serving as point guards on this venture.
NetherRealm is putting some superhero-centric tweaks to the traditional Mortal Kombat-styled fighting game, and it looks like they’re hoping to create a franchise, not just one more fighting game with some recognizable characters. It’s also looking like this franchise, while containing some elements of the New 52 and other recent media, will be a stand-alone one, with its own continuity. 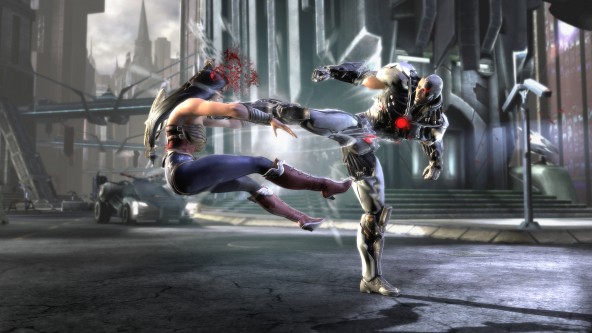 NetherRealm has taken on the ever-increasingly difficult task of re-envisioning these characters to fit this different DCU, and I think the results are pretty interesting.

There’s a definite “realness” applied to the designs through texturing–a video game staple. Pairing that with an overall aesthetic that draws from the New 52 is probably going to be something that puts off your average long-standing DC fan, but I think the designs look right at home among most game character designs. For example, I see an awful lot of Christopher Nolan’s Batman in this Batsuit, and while that might not be my favorite, it’s a good reminder that to this younger up-and-coming generation of fans, that’s what Batman looks like. 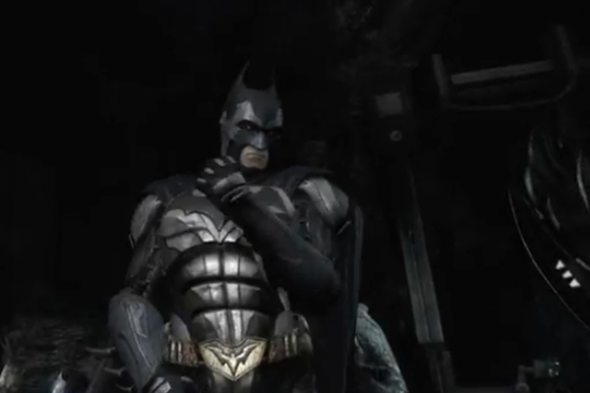 I know I don’t speak for everyone. I think I speak for a lot more than some would give me credit, but that’s not this article. I recognize that there’s a fair amount of you faithful DCUC fans who either don’t really care about, or are just plain not interested in, seeing some more Marvel Legends-level articulation in your DC figures. I may not understand it, but I’m learning to respect it. 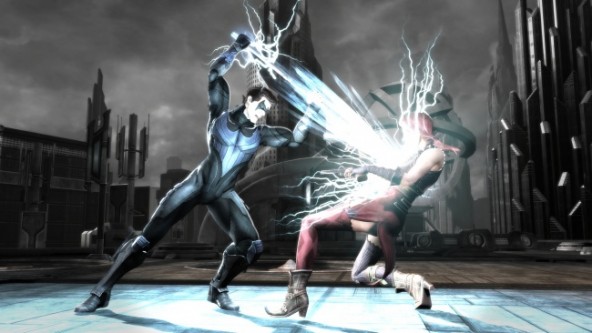 What does that have to do with video game toys? Well, I’m willing to bet, like myself to some extent, you probably feel the same way about the look and feel of INJUSTICE. They’re not the iterations of the characters near and dear to your heart–worse, like I said before, they appear to draw inspiration from that damn relaunch!
So it might be safe to say, maybe if there’s to be action figures to be made of this franchise, they’re probably not what you’re looking for, regardless of what kind of joints they have.
INJUSTICE represents the new face of the DCU, in a lot of ways. It’s a face that you recognize the outline of, but much of its presentation doesn’t jive with the classic lines you grew up with, or, inevitably, the classic toy line you’ve been collecting.
The license holders are left with some already tall orders here: these are costumes that have lots of seamlines, armor plating, and, of course, texture. It would be impossible to do them justice (heh) without some new sculpting. They are also action figures of a FIGHTING GAME. That means to really capture their essence for game fans, you’re going to need to make them as poseable as possible, otherwise they won’t be able to get those moment-in-time fight scenes that look kickass on your desk. And yes, there’s definitely a precedent for this in the toy world–Street Fighter and most of the recent NECA Player Select figures come to mind. Even further, I see about half of these guys are sporting things like elbow pads and kneepads, things that when actually USED are a great place to hide extra articulation.
Maybe INJUSTICE is an opportunity of sorts–to try and put out some 6” action figures that try to grab the other side of the fence, or the new guys on the block, or maybe an avenue to try some more articulated figures with a different look and feel than what has been standard. 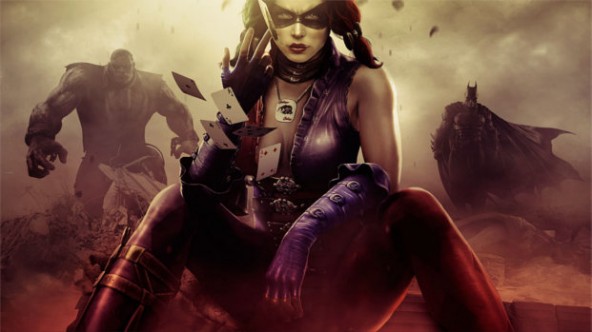 Like I said before, they’re not my favorite designs either, but I do tend to like new and different, and I’ll gladly accept some super-articulated versions. I’ll also shut up and leave you more classic-leaning guys alone.