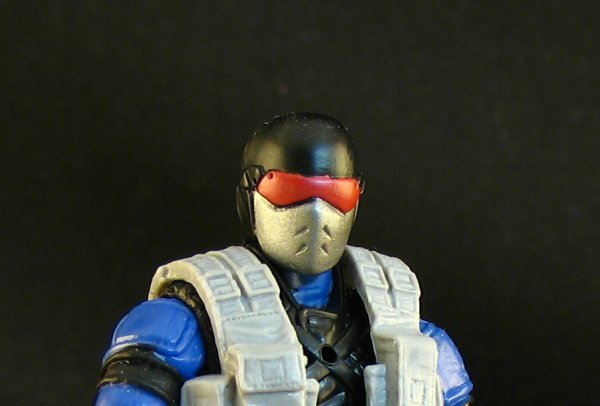 I never imagined I’d be buying GI Joes at Dollar General. To be honest, I never imagined I’d be buying anything at Dollar General. But after some searching and digging, I finally managed to unearth a trio of the Dollar General Exclusive GI Joes, and as luck would have it, two of them were top on my list. Three  down, and three to go. Snake Eyes starts off this round of reviews.
When I first heard about these Dollar General exclusives, I assumed they’d be a handful of horrible repaints, the likes of which began filling up the line in the ’90s when every Joe was tossing lime green or bright neon orange into their wardrobe. That particular era was when I jumped off the Joe train and wouldn’t climb back aboard until the 25th Anniversary Joes started up. But, fortunately, these figures are all great looking and deliver some important versions of some well-known characters without a neon color to be found. 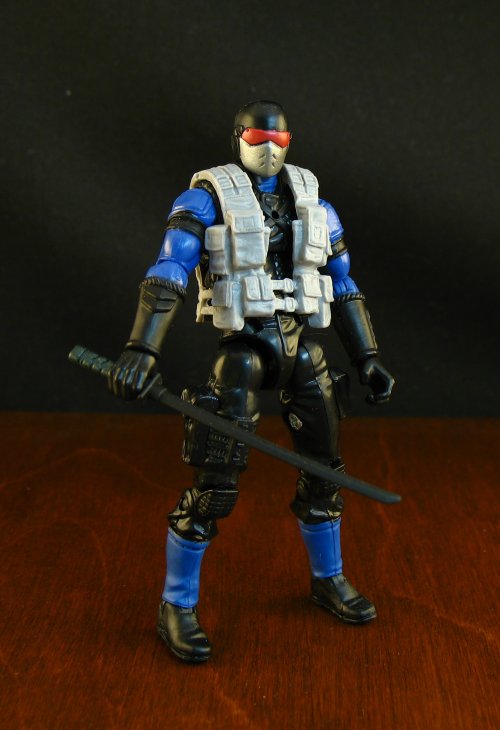 The story behind the figure

In a strange turn of events, the 4th version of Snake Eyes–who gets a brand new rendition in this wave of exclusives–was actually the last Joe I bought way back in the early ’90s. This particular costume deviates from Snake Eyes’ usual fashion statement in one very important way: color. Back in the ’80s, Snake Eyes showed that good guys can wear black through three different costume variations: Commando, Ninja, and Payne Brother hand-me-down (for the Hama aficionados out there). But for his fourth figure he was throwing color all over the place: silver on his mask, red goggles, blue arms and boots–dude was a smorgasbord of chromatic insanity. So why was this brooding ebon-clad engine of destruction suddenly ditching the Hot Topic and switching to the Gap?

Well, in the comic, Snake Eyes was finally happy–well, as happy as he gets, at least. His sword brother Storm Shadow had joined the Joes and was leading his own little band of ninjas. Scarlett had survived a near-fatal headshot and had pulled through, and their love was stronger than ever. His horribly disfigured face was now only slightly disfigured (hooray!). He was even managing to squeak out a few words here and there. Well, one or two. All in all, it was a good time to be a Snake Eyes, so he dressed the part. It didn’t keep him from stabbing hacking and slashing his way through every Cobra scum he could, but he looked perky while doing so. For a while. 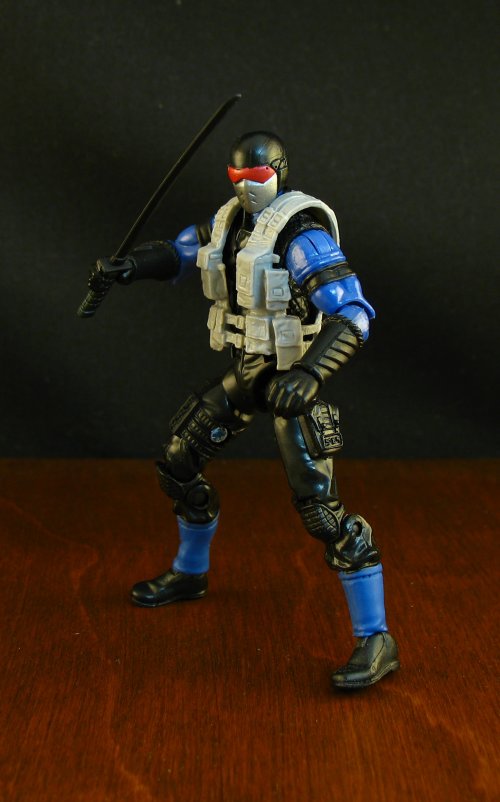 As this exclusive line is based heavily on reuse, Snake Eyes is built off bits and pieces of other figures. Except for the conspicuous hole in the torso where there used to be a pair of butterfly swords, the reuse is well done and invisible for the most part, and it all comes together to present a nice version of this costume. I had been hoping this version would make it out eventually, but as wave after wave and Snakes after Snakes came out, I was losing hope. 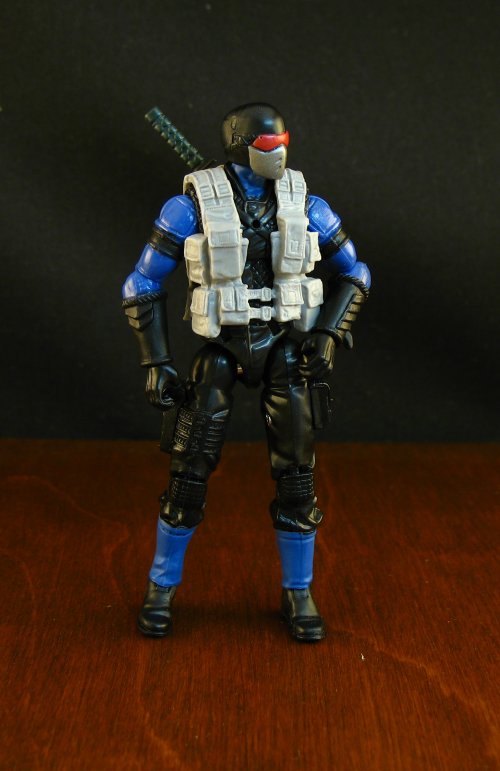 Overall, this is a nice figure, though with only a sword to keep him company in his package, he’s pretty light on accessories. His original figure came with a sword, gun, and large grappling hook. I can live without the hook easily, but Snake Eyes needs a gun. But his sparse accoutrements don’t bug me too much since I have plenty of guns from other Joes. I suppose for a $6 exclusive that’s to be expected. A small part of me wishes his sword had been red to keep with the wacky theme of his original figure, but that’s only a small nitpick and understandable that they didn’t want to go in that direction. 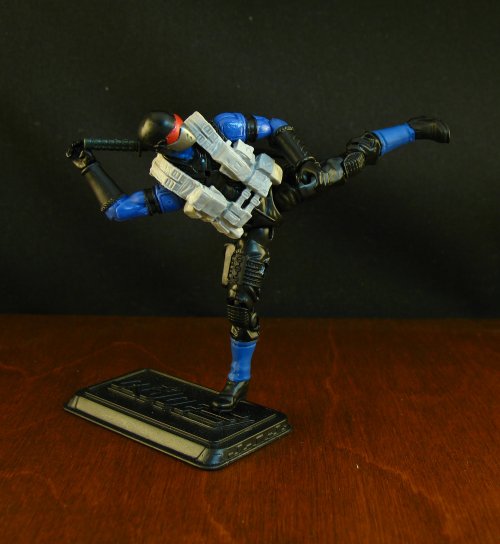 With this version finally getting his due, I think one of the only Snake Eyes variation that I need is an updated version of casual Snake Eyes, for when he’s hanging out at his cabin in the woods with Timber. Curses Hasbro, you’ll have me for another one if you make that one. 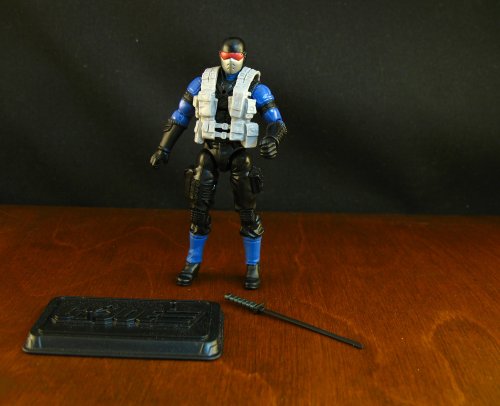