Fwoosh forum member moneycon takes five minutes to give us his initial thoughts on Maketoys’ first combiner set — Giant. Maketoys is a 3rd party company that makes transforming action figures, and Giant is their take on a combiner set that is very similar to another combiner set from Hasbro… Devastator!

Maketoys announced their Giant just as TFC Toys was announcing their own construction-vehicle combiner, Hercules. I’ve held off ordering both as they are an incredible investment and I want to make certain the quality is there. In addition, Giant will be released in a green color scheme this summer. To date, TFC Toys’ Hercules has received rave reviews.

Giant is just now hitting completion stages and the reviews are trickling in. Since Maketoys will be releasing a Green version of their Giant, one that I would want, I am paying extra attention to the reviews. I’ve added the press images of Maketoys’ Giant below, and remember to click through to our forums for moneycon’s initial thoughts on the yellow Giant! 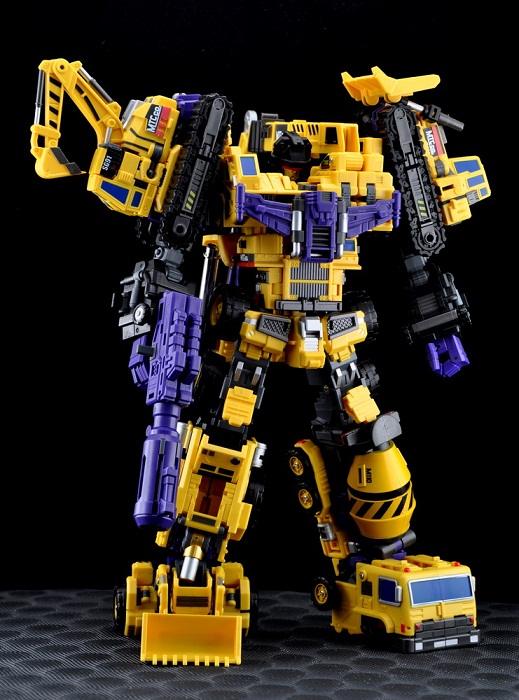 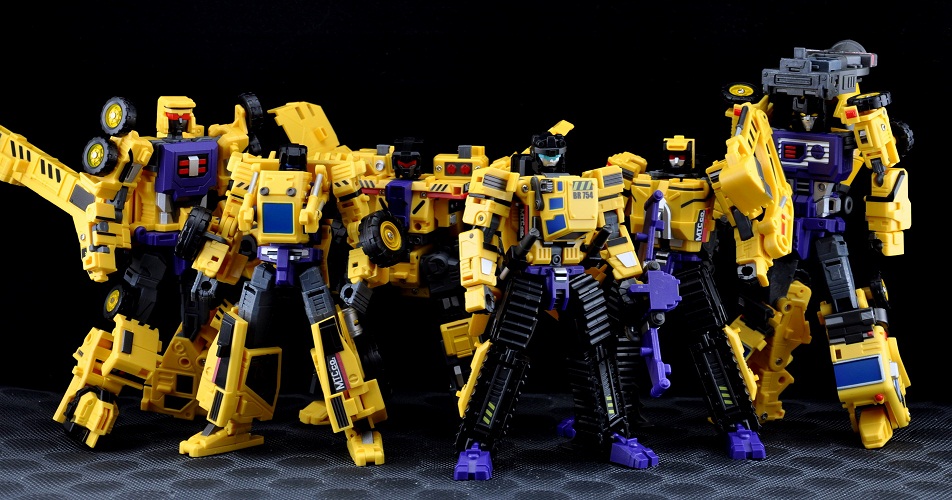 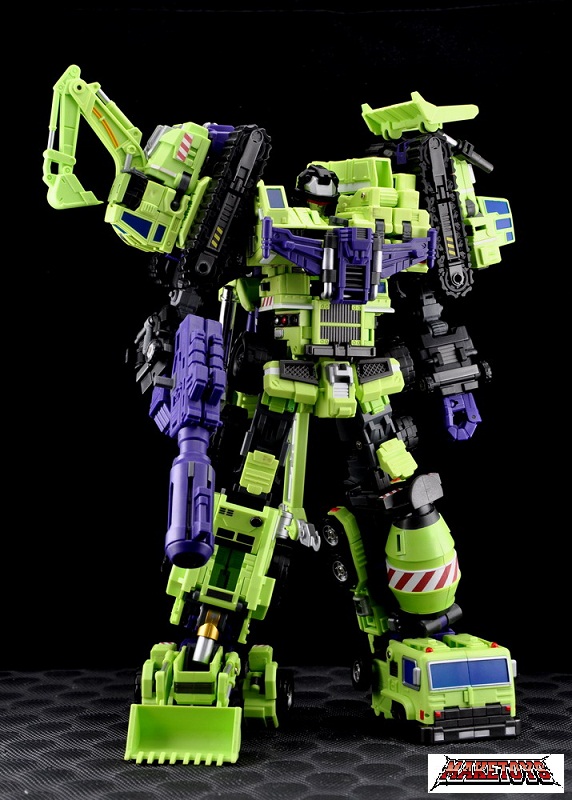