I finally got my hands on a Hasbro Return of Marvel Legends wave 1 Iron Man. Granted, it’s on loan to me and it is the Stealth variant, but there should be enough for some thoughts and words. Since we’ve already talked about his red and gold version, I’m just going to ramble and vomit some words on the screen. 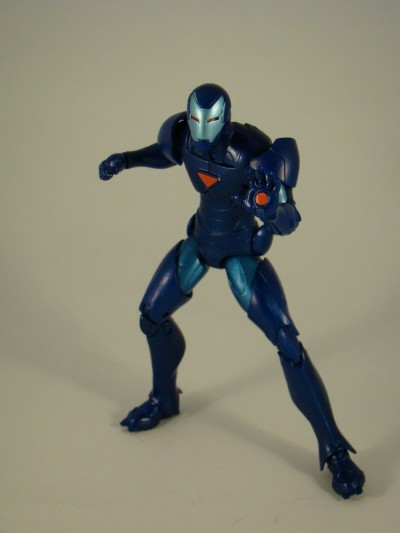 Continuing our look into the return of our favorite line, I bring to you incredible thoughts and insights into the ROML wave 1 Stealth Iron Man. Let’s set aside the first and most obvious complaint. Let’s just put it on the table and kill the discussion right here right now. 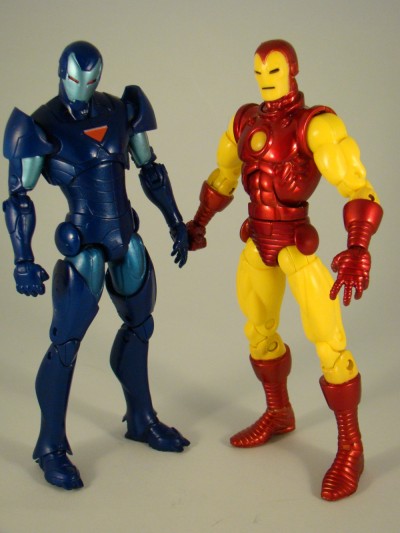 All right, if you are what we refer to as an “action figure scale nazi,” he is too short. Yes. Too short. Iron Man is usually listed in all the technical documentation found in the Marvel Universe annals as 6’6”. In 1/12 or 6 inch scale that means approx. 1 in to 1 ft. But we will play with inches. 6’6” converts to 78 inches. 1/12 of 78 is 6.5 inches. This Iron Man figure is approx. 6 (15.2 cm) inches and as such is too short. Now, at the time of measurement I could not find my inches tape measure and had to use my centimeter tape measure and then converted using google.

To back my findings up here, I used google to convert feet to inches, google to add 72 inches and 6 inches, and then JimBobWan’s scale converter to figure out 1/12 of 78 inches. Of course google will also convert this for you.

Too short. Ok, so moving on, lets talk about the figure. 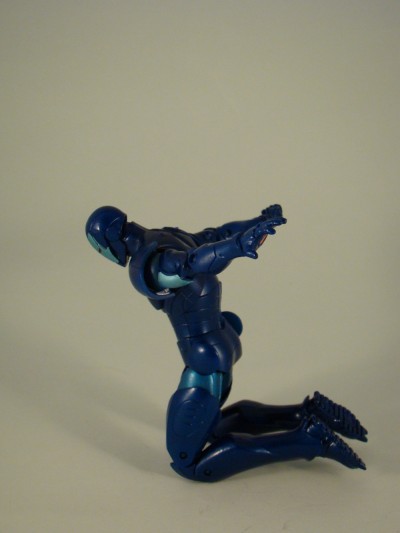 He has arms, legs, a torso and head, all the important parts needed to look like a shrunken down human being in a suit of armor. In addition, he has multiple points of articulation that allow you to pose him in a number human-being-like poses. His armor underpants do inhibit his ability to sit, but how often do you see Iron Man sitting? How often do you pose him in sitting postions? Yes, yes he can’t pick a pen up off the floor without some difficulty, but then he’s Iron Man. He wears high tech armor. Don’t you think he has some sort of hand sucker thing magnet device built in for this very occasion? Or a pen built into the index fingers of his glove? That’s right and left index fingers–we all know Iron Man is such a badass he sign autographs with both hands. I bet he can write with all his fingers. At the same time.

Other that the iron crotch, the rest of the articulation is sound. It’s all the thigh swivelly, bicep swivelly, double jointed kneed and elbows that you come to expect. I’m really enamoured with the ab crunch–it works beautifully and the range of motion is exceptional. This is an amazing joint. 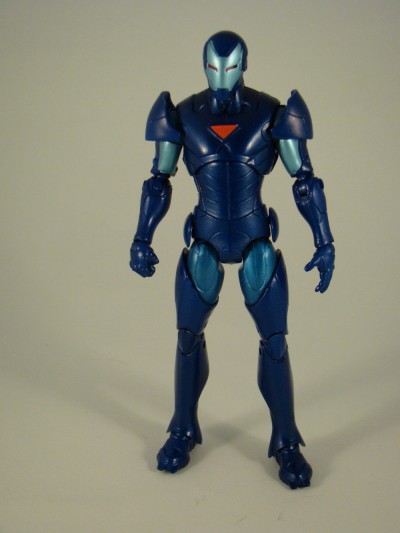 The overall sculpt is good. Looks like Hasbro used a digital sculptor to do this one. Yeah, tools like zbrush, mudbox, blender stuff that Hollywood uses to make The Avengers Hulk and Iron Man look all cool. The result is a beautifully balanced figure that has a nice smooth surface and sleek feel to it.

The painting on the figure is, well, typical Hasbro. The figure is more or less molded in the colors the figure is going to be. There are some light paint features, but all in all, yeah, nothing to write home to mom and dad about. Instead, tell them about the weather at Camp Hiawatha. 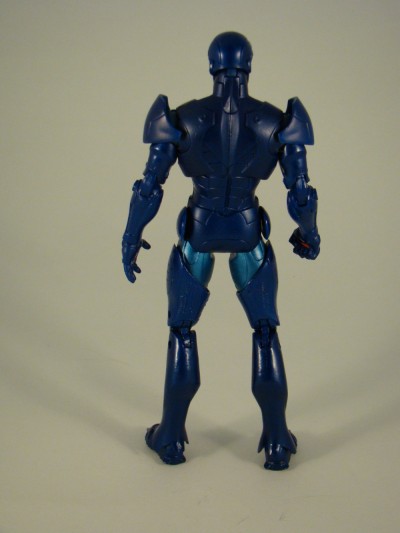 Aesthetically, this is a nice looking figure. And he’s a lot of fun to play with. Unless you are a scale nazi and want him to sit in a chair.

Talk about the figure here: