Dammit. Hasbro got me again.

That’s the first thing I thought to myself when I first saw the initial pics of the Amazon Preview set. The rest of the set was ho-hum to me, but I had to have that Snake Eyes. Another damn must-have Snake Eyes. This figure is also being released in a few different color variations in both single-pack form and in other box sets for the movie, but this color scheme is the one that drew me in. Just when I thought I’d never need another one, I find myself oogling yet another Snake Eyes figure. I’m not going to come out and say he’s better than, or even on the same level as, the Pursuit of Cobra wave 3 Snake Eyes, but the mere fact that he’s even in that conversation says a lot to me. ‘Cause it may be closer than you think: 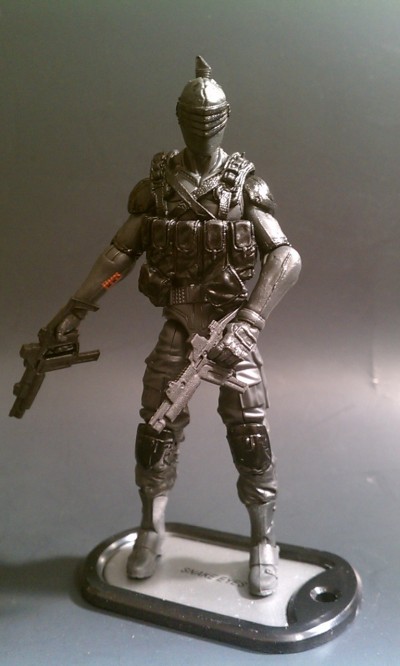 Now, when the Retaliation line was announced, it was also revealed that some articulation and details we’ve come to love with the Pursuit of Cobra and Renegades lines would be scaled back. Not the case here for this guy. He sports all the articulation we’ve come to expect and then some. 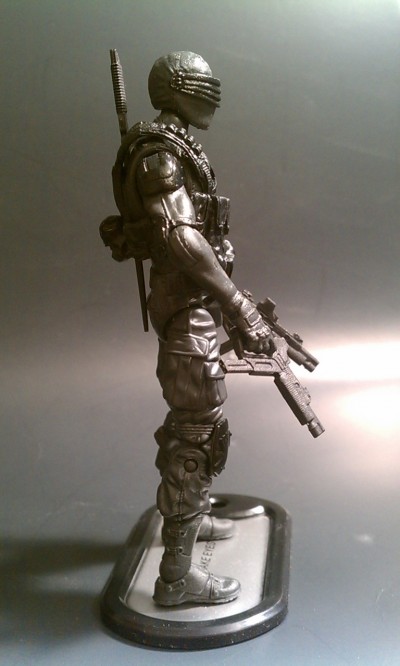 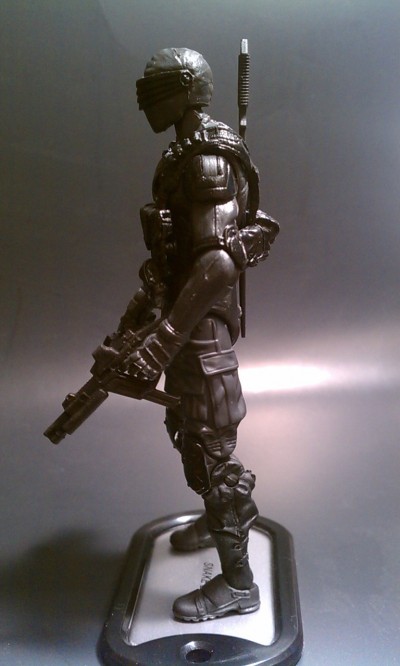 The ankles are the big improvement in articulation here. They, of course, rotate front and back, but they also rotate 360 degrees and swivel to let you get him into some pretty awesome poses while standing on his own. Renegades Scarlett had this point of articulation most recently, but it comes in really handy with a guy like Snake Eyes who needs it for Ninja posing. 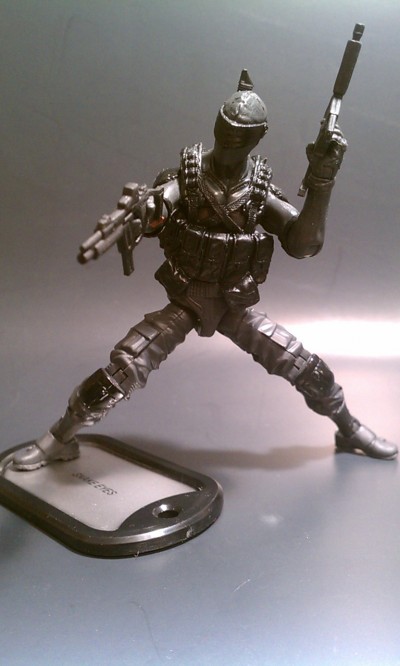 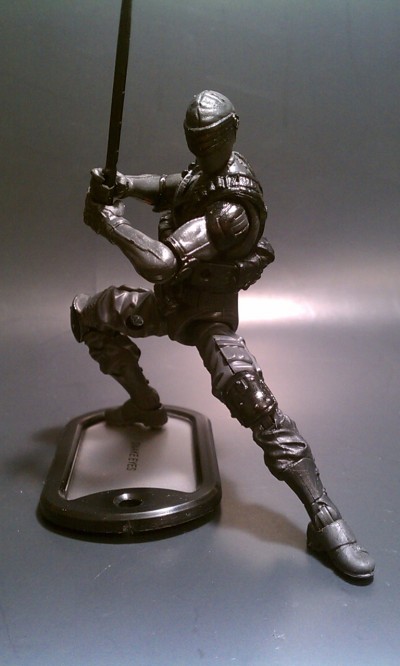 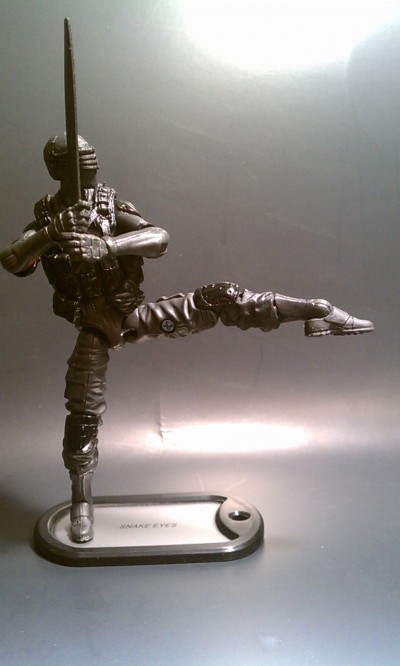 Besides the great articulation, this is just a really nice, detailed sculpt. I’m sure I’m missing a point of reuse somewhere, but the only parts I recognize are the thighs. They look to be the same as the Cobra Shocktrooper and the G.I. Joe Steel Brigade figures. Now, I’m sure this guy will share tooling with other retaliation figures, but as of now it’s new to me. The lower legs look all new, the boots are highly detailed and techy enough to fit in with the movie stuff, but, at the same time, can go with the POC stuff too. The torso is sculpted nicely and has a padded/armored-detail look to it. Some very nice stitching and seams on the torso give it a very realistic feel. 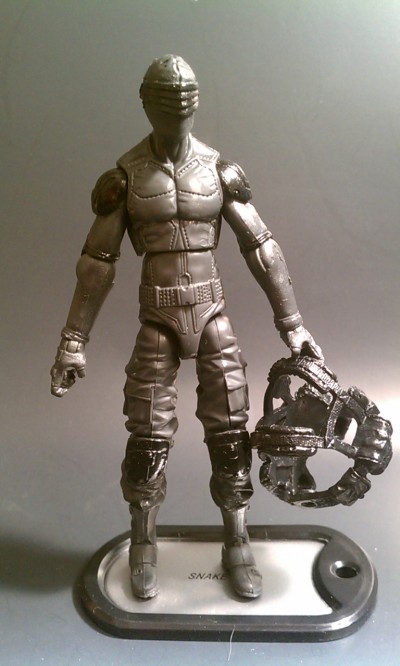 Just like POC wave 3 Snake Eyes, the head sculpt is nothing short of amazing. It’s highly detailed with little wrinkles in the cloth and texture bring it to life. The web gear and weapons are nicely done too. The web gear in particular really catches my eye because combined with the head sculpt, it looks perfect for a Tim Bradstreet Snake Eyes. If they were going for that look, then they absolutely nailed it. 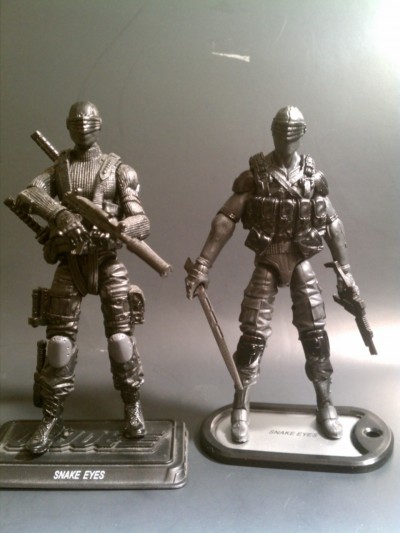 It’s hard to believe that Hasbro can keep making the same character over and over again and keep reeling me in, but as long as they keep making Snake Eyes figures as good as this, I’ll keep buying ’em. Hopefully the Retaliation line delivers us some more hits like this one. 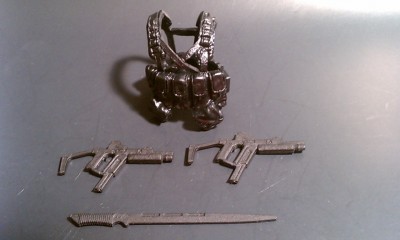 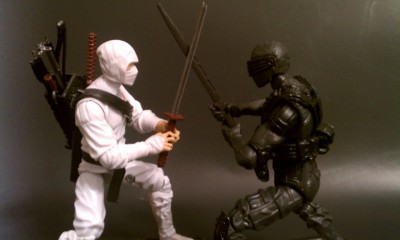