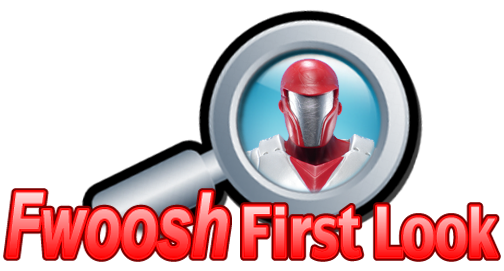 Warning: DC Editorial is going to catch some ire in here. They are mucking up my favorite funny books and now they are infecting the influence of my little plastic men. Maybe DiDio, Lee, and Johns need a turn with the competition’s Spider-Man for a while. “With great power comes great responsibility” and all that. I think Mattel has a great plan for the collectors; DC just might need to understand what that means. Oh dear.

You know, after a six-month drought of not being able to regularly add new DC figures to my shelf, it feels especially nice that the 2012 Club Infinite Earths is now fully underway. In fact, even though he was just the first figure released (and a rather popular choice of character), I still take heart in Jay’s quick sell out on Tuesday. Hopefully the rest of 2012 will continue in that fashion and plenty of subscriptions will be sold in July/August to make sure 2013 will continue strong. I know I have said it before, but after the initial uncertainty last summer, Toy Fair 2012 showed that Jay, Atrocitus, Starman, Metron, Mirror Master, Poison Ivy, Black Mask, Platinum, and Rocket Red are all very viable in terms of character selection for the collector line. Or are they? Well, since Rocket Red is the subject of the this First Look, I am going to say “YES,” as far as Mattel’s intentions are concerned, and a resounding “NO,” thanks to the three-headed monster at DC. 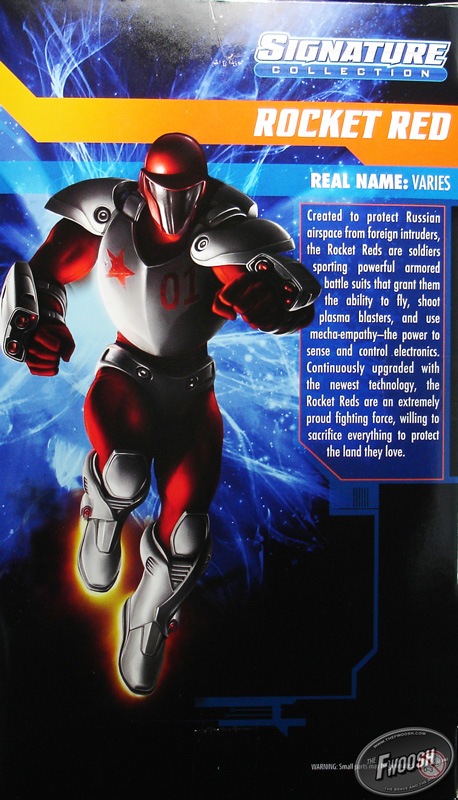 Yeah, yeah, yeah–fan boy rant. Here it comes and they are a dime a dozen. You can read all about it on the internet and so forth. Well, the Justice League International was my first Justice League. My favorite comic book character ever (in the history of all time from now until the zombiapocolypse) comes from that team, and it was during that period when Rocket Red first ascended to popularity. The team was international for a reason, and Rocket Red pulled the Russian corner amongst untapped League nations like Brazil, Japan, and Norway. Needless to say, Rocket Red has been a part of my personal DC history for a long time, and I am certainly not alone. So, when I got a text message that Rocket Red was shown in the Mattel showroom at Toy Fair 2012 as part of the 2012 Club Infinite Earths, I was over the moon. Let’s face it, we have been waiting for him (and several other members of the JLI) for a very long time. 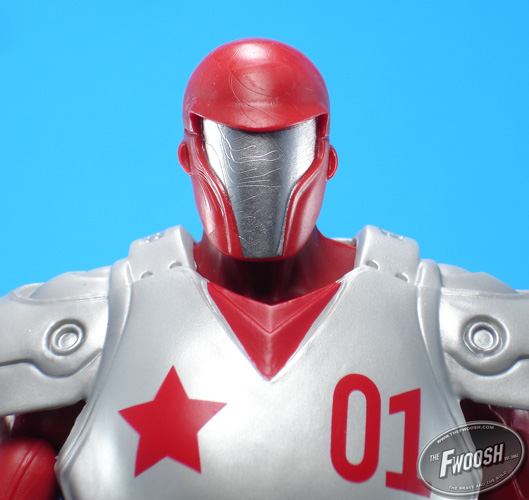 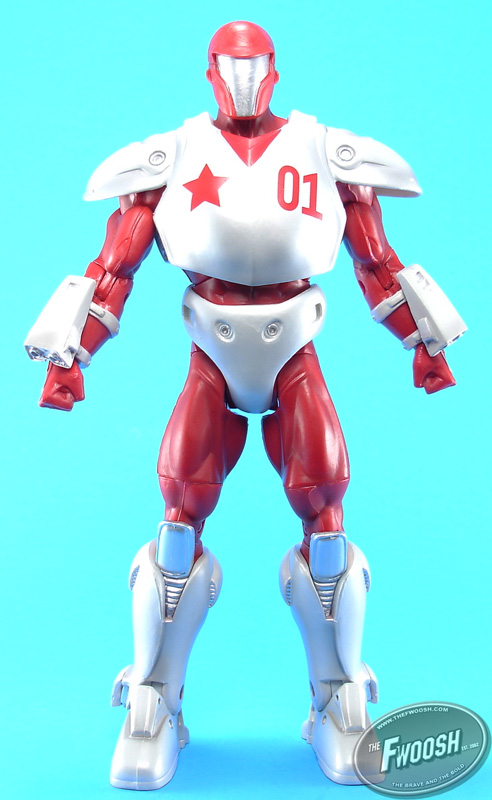 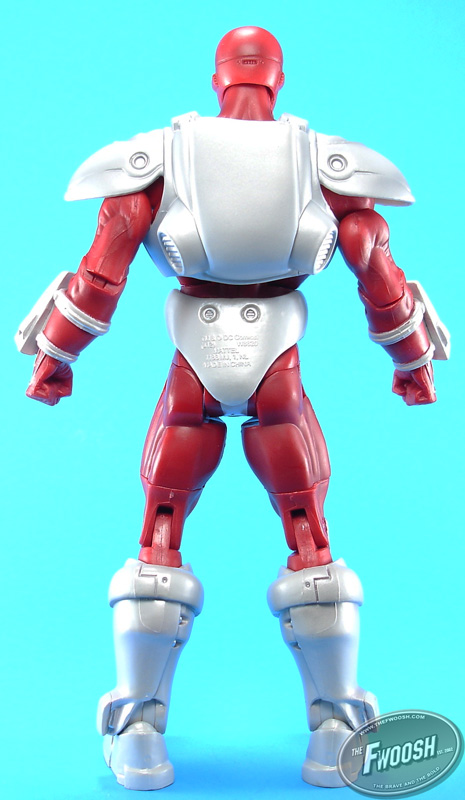 Oh yeah, I must have forgotten about that little “New 52” exercise going on at DC right now. Geoff Johns, Dan DiDio, and Jim Lee’s character redesign and “fresh” storyline carnival of “meh” has some pretty strict standards attached to it in terms of marketing and visibility–they are pushing it really hard in terms of branding and merchandizing. You know what, though? I cannot blame them for that. The New 52 might not be my bag, but that is the product they are selling right now, so from a business standpoint, it should be approached with gusto, for better or for worse. If you hitch your wagon to it, you better be committed to it. That’s perfectly fine, and I fully expect to see more of this at retailers around the world over the next 6 to 12 months.

However (you knew it was coming), this very fast flip pretty much railroaded Mattel’s DC product announcements at SDCC last year, even though they were able to throw some things together and ask for trust in their plans. Well, I need not tell you, true believer, that the action figure fan base can be a fickle group. In the end, though, the quickly-composed Club IE made it into production (barely), and, for the most part, it is really delivering in terms of characters for the collector sect. We have already been made fully aware that most of the future retail offerings will be revolving around current DC projects (again, I cannot fault Mattel or DC for this), but the online-exclusive club was going to be our little under-the-radar line built for older fans. This was our place to get the icons.

Ah, but iconography can be a tricky thing, but it certainly does not have to be. If I ask you to picture an iconic vision of Superman in your mind’s eye, I know that it is a simple task. I also bet that most of those visions are very similar. Sure, Superman might be the most recognizable comic character on the planet (Batman objects!), but I truly feel that most (if not all) characters have an iconic look. That is where comics, movies, and other popular media differ from things like toys and collectibles. Soft media has the ability to change pretty freely and adapt to a created world. Merchandise has more permanence, though, and if you look closely, iconic appearances are enduring for a reason, and you know for sure that the blue tights and red undies are what Superman is going to be wearing most of the time. Sure, you might need to be a little more well-versed to know what that means for a character like Rocket Red, but he is still afforded the same consideration. Plus, Club IE is a collector’s line where iconic images are demanded.

So what is the point of all these ramblings? Well, when I heard that the version of Rocket Red that will be shipping in the Club in July was requested by DC editorial, I was pretty miffed. I mean, as far as iconic goes, I cannot imagine many adult collector fans don’t find that quality in this version of RR. This version first found its way into the comics via Johns’ Green Lantern (priorities?) and all it takes is one perusal of the forums to see that he is not really the version of Rocket Red beloved by those that are into the Club. THAT is the tough balance that Mattel has to pull off with the club–they have to know their collectors. Then again, the people at DC do too. I REALLY wanted my classic Rocket Red. I REALLY wanted him. I am not so much angry at the choice to comply with DC’s request for this version (they do own the character) as I am befuddled by the request in the first place. The online club and retail offerings are completely different animals now. I would be scratching my head at this point if Chronos ended up in the retail line, so it is only fair to consider the same degree of confusion with this Rocket Red in the club. He is a fine figure, but one that I see more as something to be found a retail. I am willing to bet that the Rocket Red originally planned for the line was the classic version, but then DC had their say. 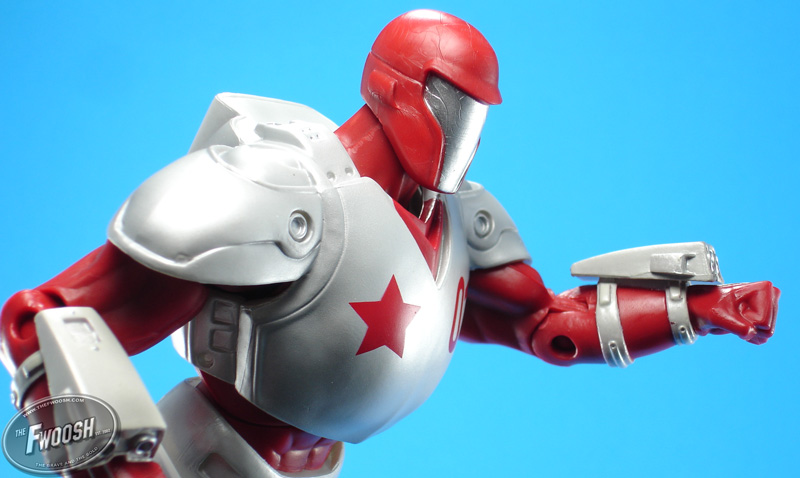 Platinum, Jay, Mirror Master, et al. are all versions of characters that fit within that iconic collector line scheme. Rocket Red is more of an odd man out that begs to be on a retail shelf. There is nothing wrong with him, he’s just not with his peers. Does that make sense? Have I been ranting like a 30-year-old baby? It is entirely possible, I don’t deny that. However, my point is not that I am enraged by the fact that I did not get MY version of RR (although…), but more so that I don’t understand the DC request to put this one in the little collector line. There are millions of retail shelves ready for that.

Okay, I am done now. As for the figure itself, it is based on the Atom Smasher Collect and Connect body, and as you can see, it can still be disassembled as such. I did not pull off the arms or legs because I know C&Cs are not meant to be taken apart, but the head and waist pop apart without danger. As always, the Four Horsemen did a fine job of matching the reuse of parts with the actual design, but I guess I don’t find the particular design to be that engaging. This particular sample does have some crags in the mask, I am interested to see if this common in production. The chest armor is really big, as is the codpiece (oh myyy!), and I am not sure how big the character is supposed to be in the books, but this one is about 8.5 inches tall. The little wrist rockets and boots are very nice in my opinion, and the pearlescent effect on the white portions add a more robotic/metal armor dimension to the figure. Like I said, he is a big boy, but I am going to go ahead and display him with my JLI, so I suppose I like the fact that I can add more dimension to that display. He comes packaged in a larger version of the standard Club figure box and also like the smaller ones, he is posed in a vanilla configuration to mitigate any limb warping. 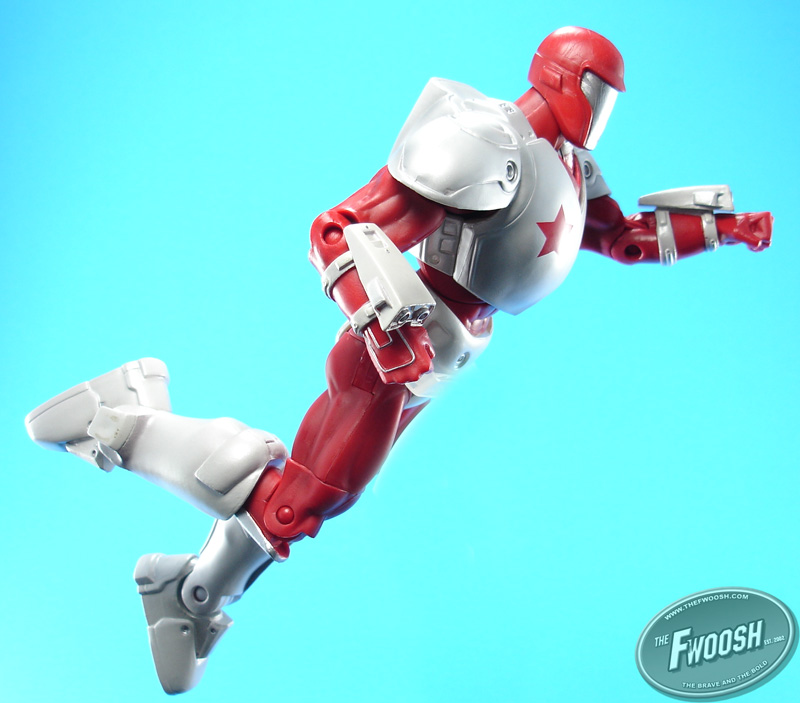 All I ask is that you check out the pictures and decide for yourself. As an action figure, I think he is just fine, I am just a little sad that I did not get the classic version of Rocket Red, and am pretty perplexed by DC’s motivations to insist on him. He is a fun figure to pose and he has the heft and size to take on guys like Validus, Grudy, or even the Hulk (cross over!). He is the first official oversized figure in the line (Metron is the member incentive figure) and I really cannot wait to see who else Mattel has on tap for the bigger figures this year. Lead and Elasti-Girl, please. I would take Elongated Man too.

I am still very excited for the Club this year. Every figure that I have gotten so far as been a lot fun, and that even counts a version of Rocket Red that I don’t even know. I really do hope that Mattel and the Horsemen are allowed to do their thing with the sub for years to come. Despite any misgivings you might have, they do have their pulse on most of the wants of the collector community at large, and guys like Toy Guru and Cornboy try to do right by that. I just want DC to realize that, and let the Club be what it is and let retail do the same. I hope the lines are able to work together without stepping on any future toes. More than any of that, though, hopefully the classic version of Rocket Red is still up for consideration (in a normal slot) in the future, then we can all sing happy songs and hold hands around the campfire. We are all DC fans after all.

*Thanks for hearing me out and thanks to Toy Guru and crew for sending along RR for our First Look TTNF, comrade.